Embattled Labor Senator Sam Dastyari made the comments while standing beside a Chinese billionaire who has donated to both the Labor and Liberal parties.

As he dismisses claims he breached Australia’s national security, a recording has surfaced of Labor Senator Sam Dastyari taking a pro-China stance amidst the long-running South China Sea dispute.

The audio, obtained by Fairfax, the ABC and Channel Nine, is reportedly from a June 2016 press conference in Sydney in which Senator Dastyari spoke to Chinese media alongside donor Huang Xiangmo.

“The Chinese integrity of its borders is a matter for China, and the role that Australia should be playing, as a friend, is to know, that with the several thousand years of history … where it is and isn’t our place to be involved,” Mr Dastyari said in the recording.

His comments, which contradict Labor’s official position, resulted in his demotion within the Labor Party in September 2016. 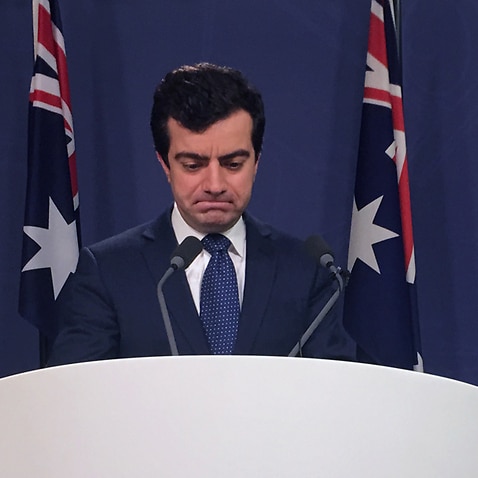 This is the first time the entirety of his answer has become public. The Australian media wasn’t invited to the press conference and the only record of Mr Dastyari’s comments was through Chinese media reports.

Mr Dastyari told the ABC earlier this year his comment was a “garbled answer” and repeatedly acknowledged it was the wrong position to take.

It’s another headache for the New South Wales senator, who has defended himself against allegations he warned Mr Huang his phone was being tapped by Australian intelligence agencies.

Prime Minister Malcolm Turnbull has called on Senator Dastyari to consider his position.

“Why on Earth was he providing that counter-surveillance advice to Mr Huang? Whose side is he on?” Mr Turnbull asked reporters at a press conference.

“I wouldn't have wanted to be Sam Dastyari when he got a phone call from Bill Shorten this morning,” Deputy Labor Leader Tanya Plibersek told reporters in Adelaide.

At least 14 people dead after eruption of Indonesia's Semeru volcano