Australia is sending officials to quake-hit Lombok, where Aussies have described being caught inside crumbling buildings.

Help is on the way for Australians caught up in a deadly earthquake on the Indonesian island of Lombok, where shaken survivors have told of buildings crumbling around them.

Home Affairs Minister Peter Dutton and a team of Australian delegates are lucky to have escaped from the 12th floor of a Lombok hotel, after the strong quake brought down parts of the building and opened up cracks in its facade.

Other Australians have told of running for their lives, including Sydney man Jon-Paul Kennedy who was asleep in his mum's villa when it collapsed around him. 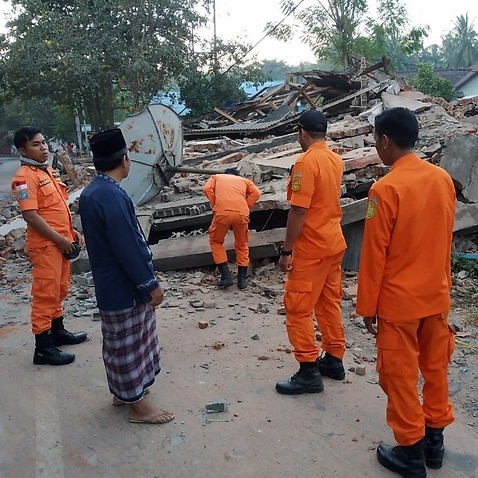 He escaped without injury and made a panicked dash to the local hospital where his terminally ill mother is being treated, but both of them ended up in the street - his mum still in her bed - after the facility was evacuated.

Prime Minister Malcolm Turnbull has promised help to Indonesia, and says so far there are no reports of any Australian deaths or injuries in Lombok's second earthquake in 10 days.

But at least 82 people have been killed, and that toll is expected to rise. Media reports suggest most deaths were away from Lombok's tourist areas.

Foreign Minister Julie Bishop has arrived on the neighbouring island of Bali, and says consular staff are being sent to Lombok to assess the damage and assist Australians who might need help. 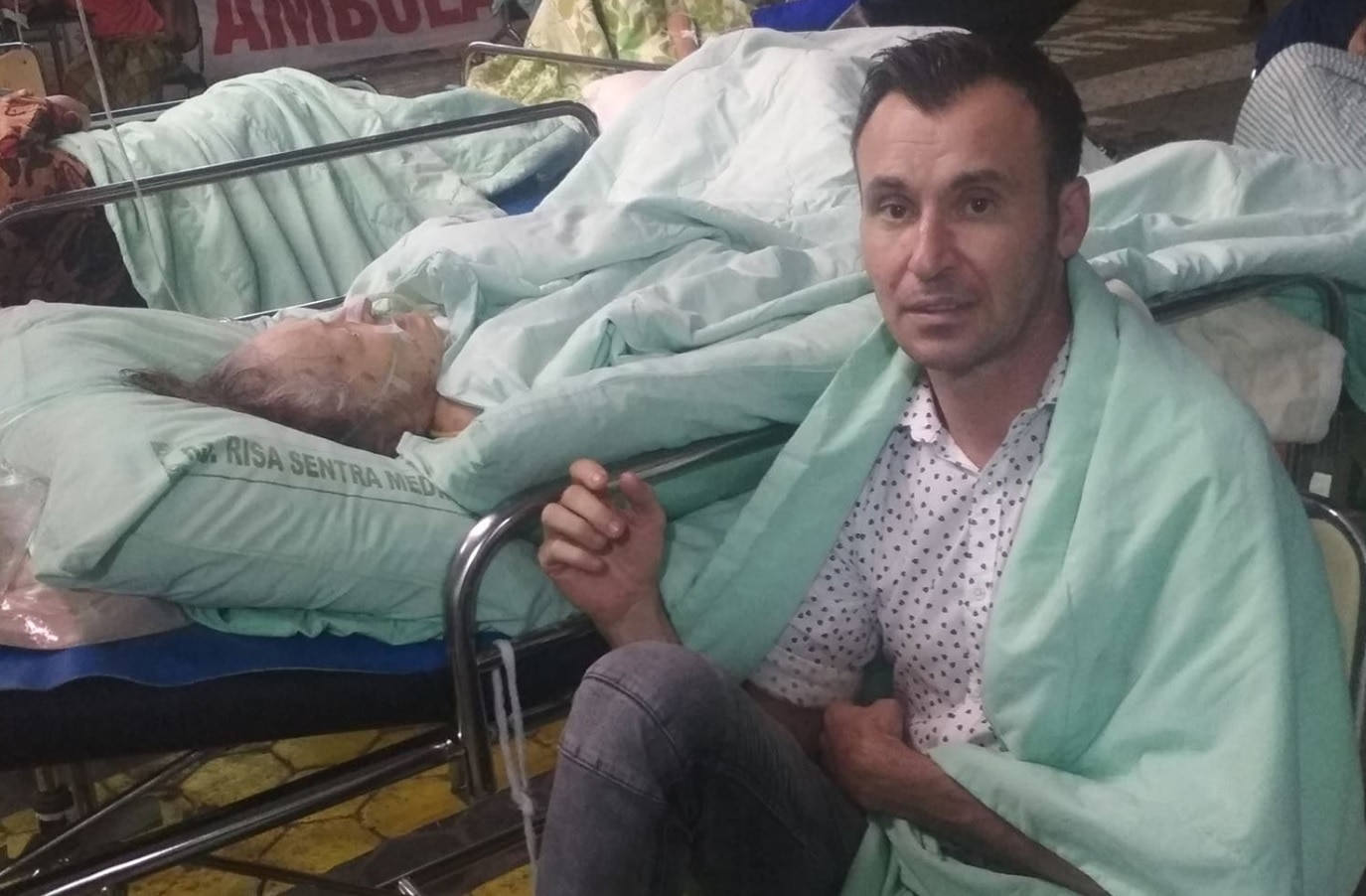 In an image acquired from social media Monday, August 6, 2018, shows Australian Jon-Paul Kennedy with his mother in Mataram, Indonesia.
AAP

Mr Dutton said the quake had caused severe structural damage to buildings, including the hotel where he was dining when it struck.

"We were knocked certainly to the floor," he told Sydney radio 2GB on Monday.

"It was a pretty violent shaking and swaying of the building. We were pretty lucky to get out. There was certainly a lot of structural damage to the building." 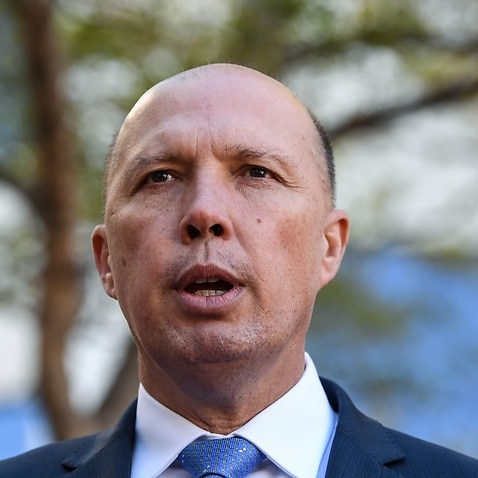 For Mr Kennedy and his sick mother, it was the second terrifying quake experience in less than a fortnight.

The pair rode out Lombok's earlier, slightly weaker earthquake on July 29 but he says Sunday night's tremblor was much more dramatic.

"I was sleeping at mum's villa ... it started shaking and walls collapsing around me, furniture falling, this was in the dark as there was no electricity," he wrote on Facebook.

"I managed to run for my life ... I am with mum on the street outside hospital waiting to get back into the room as we have been evacuated."

Tweeting from Australia, Diane Burns says her son and his family fled up a mountain to wait out tsunami warnings, and said their Lombok home had "collapsed".

Our son, daughter in law and grandson live near Senggigi and house has collapsed and car damaged, headed two hrs ago up mountain. Anxious wait now in Australia for whole family. #Lombok #earthquake @rubicon137 @SuttersFC @nancycato1 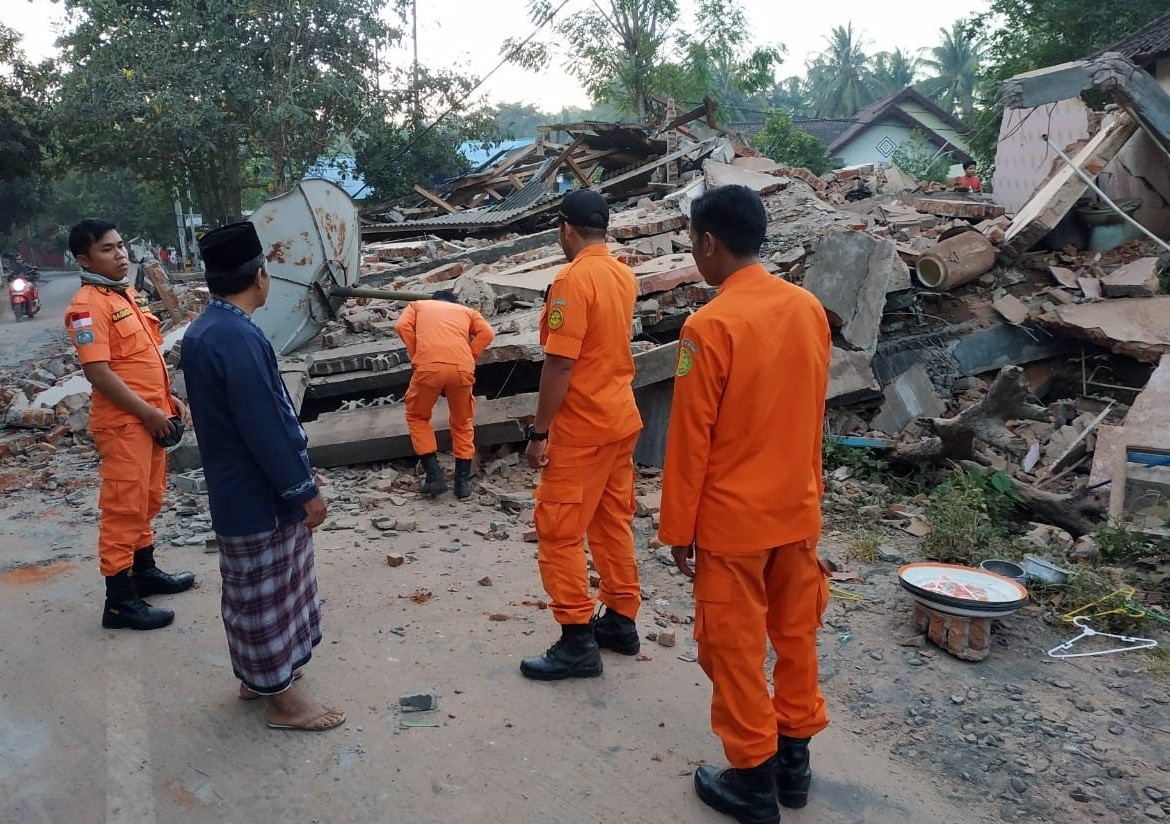 The quake was felt strongly in Bali, where buildings were also damaged including the airport, but flights are continuing to leave.

Australian tourist Lucy Sarah Rice is in Bali and has told Fairfax she had to brace herself when the ground began to sway.

"We stood in the middle of the road and watched the light posts shaking. It went for quite a while, increasing and peaking and then petering out again."