Federal Environment Minister Sussan Ley says lobbying almost 20 nations led to the outcome as parties were convinced by the "merits of our argument". But scientists say they are concerned politics has eclipsed the science. 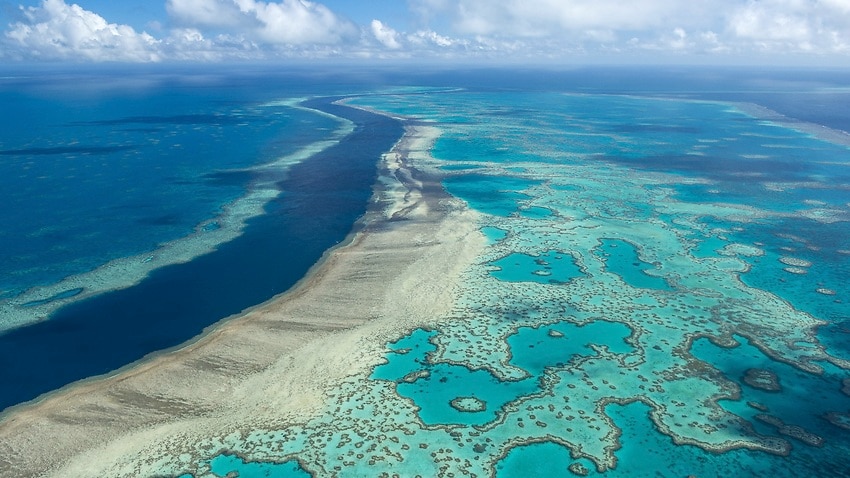 The Australian government has praised the United Nations World Heritage Committee for its decision to avoid adding the Great Barrier Reef to the World Heritage list of 'in danger' sites.

But scientists have voiced concerns over the decision, saying assessments conducted on the ground painted a clear picture of the threats it faced.

After hold a series of face-to-face meetings in Europe with committee members, Environment Minister Sussan Ley presented Australia's case on Friday evening, winning support from 19 of the 21 members on the committee.

The committee, meeting online in China's Fuzhou city, voted to delay any decision on the reef's status until 2023.

Australia has been asked to provide an updated report on the state of reef by February 2022 and the committee said it is interested in a monitoring mission to visit Australia to study the reef's current condition.

Ms Ley said the decision "was a good one" and a recognition of the strength of the federal government's argument.

"In meeting almost 20 countries virtually or in-person, the merits of our argument won the day," she told SBS News.

"I can honestly say that. Because we said that this 'in danger' listing makes no sense without a site visit, without consultation and without the latest science. Those points were well understood."

Scientists who have been monitoring the Great Barrier Reef said they are concerned that politics has eclipsed the scientific analysis.

ANU Emeritus Professor Will Steffen said the scientific assessments conducted on the ground paint a clear picture of the threat facing the Great Barrier Reef.

“Australia must stop censoring science, and start taking the steps to help protect the Reef. This is history repeating itself," said Prof Steffen, who is also a Climate Council spokesman.

"In 2015, I reviewed a UNESCO report on climate change and World Heritage sites, which included the Great Barrier Reef. In the final report, all mention of the Reef was cut completely, after the Australian government successfully pressured UNESCO to remove any reference to it. This censorship of science is wrong, but sadly a common tactic used by this government. It’s wasting time and effort that we can’t afford to waste."

"It seems politics has won the day, not the Great Barrier Reef," he said.

"You can improve the water quality, kill many crown-of-thorns starfish, and replant as many corals as you like, but when the heat stress events driven by a changing climate hit the corals have nowhere to hide. You can't address one without the other. It's coral or coal. It could not be any simpler."

The Great Barrier Reef has come very close to being added to the 'in danger' list over the years, including in 2015.

Last month, the federal government said it was dissatisfied with the recommendation from the World Heritage Centre and the International Union for the Conservation of Nature to add the Great Barrier Reef to the 'in danger' list.

The groups said the reef's recovery plan needed to include "clear commitments to address threats from climate change" to match the obligations of the Paris climate agreement.

A series of mass coral bleaching events in 2016, 2017 and 2020 destroyed half of the shallow-water corals, depleting the rate of coral reproduction.

Ms Ley said Australia's management of the reef is at a high level and that the main reason the Reef was even being considered for an 'in danger' listing was the impact of climate change.

She said committee members were receptive to the argument that Australia did not belong in the same category of countries on the World Heritage 'in danger' list for being "recalcitrant" in its obligations to protect a World Heritage site.

"An 'in danger' listing would have made no sense. And that is why overwhelmingly the consensus of the meeting was that 'in danger' should not appear anyway on the decision that came out of that meeting.

"Because the issue that confronts the World Heritage Committee - the reason why we had that recommendation in the first place - is global climate change.

"Now, we are a Paris signatory. We are meeting and beating our targets. We are 1.3 per cent of global emissions. But we are also working with technology internationally to hasten the take-up of low emissions technology, of carbon capture. We are well and truly playing our part."

Ms Ley said the federal government had invested $3 billion in recovery projects and the Reef 2050 plan.

"An in-danger listing is about how the country manages its site. And the way we manage our site is outstanding - as was recognised.

"So the issue is we are continuing to spend record amounts managing, looking after and caring for our Barrier Reef."

Queensland Premier Annastacia Palaszczuk said she would like to see increased funding to match the state government's spending of $2 billion on renewable energy, $270 million on water quality, and $500 million on land restoration.

It’s welcome news that the Great Barrier Reef will not be added to UNESCO’s World Heritage “in danger” list this year.
No one wants to see the reef listed as ‘in-danger.’ pic.twitter.com/2bEB46Zzhh

"Today sets a clear timeline now the for the federal government to show that it’s acting to protect the Great Barrier Reef.

"The eyes of the world are watching – especially with the 2032 Olympic Games. More has to be done."

Australia has committed to a target to reduce emissions by between 26 and 28 per cent below 2005 levels by 2030.

Climate change scientists have calculated that to limit global warming to 1.5 degrees Celsius, Australia would need to almost triple its 2030 pledge to a 74 per cent emissions reduction on 2005 levels.

Under a scenario of 1.5 degrees Celsius of global warming, up to 90 per cent of the world's corals will perish, according to a 2019 UN report.