The mission 50 years ago was seen as the beginning of building colonies on the moon.

It was on December 21, 1968, that Apollo 8 launched from Cape Kennedy, in Florida, sending US astronauts Frank Borman, James Lovell Jr and William Anders on the world’s first human mission to the Moon. 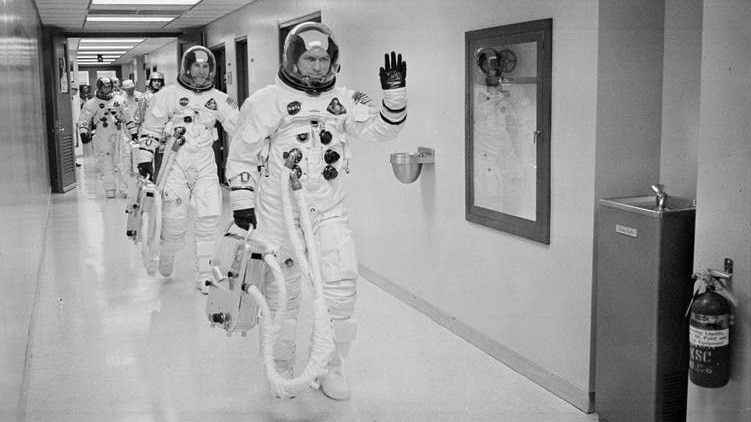 Apollo 8 astronaut Frank Borman leads the way as he, James Lovell and William Anders head out to the launch pad for the historical Apollo mission.

A few days later – on Christmas Eve Houston time, Christmas Day in Canberra – the three astronauts had just passed over the Sea of Tranquility on the Moon and were approaching a lunar sunrise when they sent back a historic Christmas message to the people of Earth.

Read more: Curious Kids: Why can I sometimes see the Moon in the daytime?

A few hours later, an Australian tracking station took over as prime data and relay receiving site for the mission.

Located among the gum trees and kangaroos just outside Canberra, Honeysuckle Creek Tracking Station listened for the crucial acquisition of signal as the spacecraft emerged from behind the Moon on its final orbit, having fired its engine to return to Earth. The Apollo 8 mission was just the second crewed outing for the type of spacecraft that would ferry astronauts to the first lunar landing the following year.

Initially the mission was to test the lunar module in the safety of Earth orbit. But with that spacecraft still not ready, NASA took the bold decision to launch a command and service module around the Moon by itself as a precursor to a crewed landing. Also spurring the decision was the belief that the Russians were close to launching their own Moon shot.

Apollo 8 was the first manned launch of a massive Saturn V rocket, the first rendezvous with the Moon, and the first time human eyes saw the far side of the Moon.

The six-day mission was a spectacular success. The three astronauts completed ten orbits of the Moon and the spacecraft and ground support were thoroughly tested.

NASA was now one step closer to that “giant leap for mankind”. 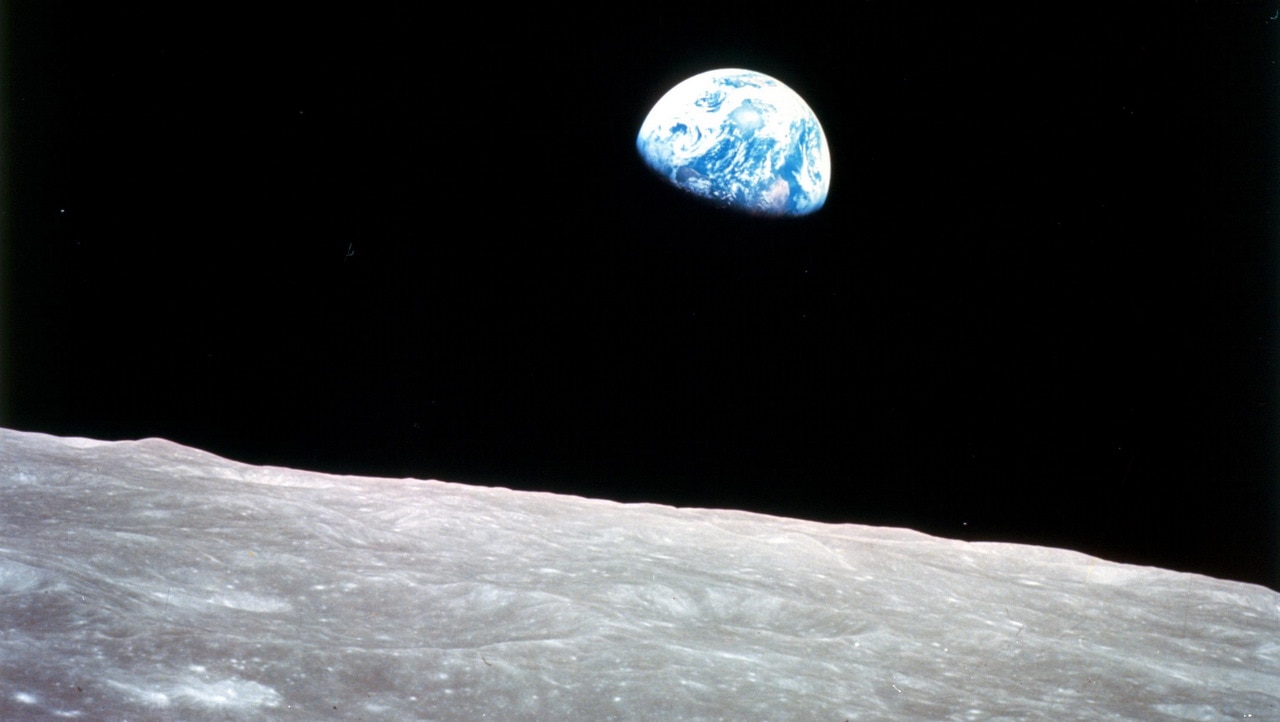 The earth as pictured from Apollo 8, the first manned mission to the moon, taken in lunar orbit on 24 December 1968.
AAP/NASA

The astronauts also took the now iconic “Earthrise” photograph of the Earth behind a lunar landscape. This was a profound image, containing all of humanity, bar the three astronauts.

Read more: Earthrise, a photo that changed the world

Although the religious nature of Apollo 8’s Christmas Bible reading caused some controversy after the mission, it was heard by hundreds of millions of people.

That the message was transmitted from further than humans had ever been – the distance led to a delay of one second into all communications – made it all the more remarkable.

One member of the public famously wrote to NASA to credit the mission with having “saved 1968”, a year otherwise plagued by war and protests over Vietnam, civil rights and other issues.

Supporting Apollo down under

The Apollo program that enabled the first humans to leave Earth’s orbit was overwhelmingly an American endeavour, but not exclusively so.

At a time before dedicated spacecraft communication satellites, NASA relied on a chain of tracking and data relay stations around the world to communicate with Earth-orbiting satellites and astronauts. To ensure adequate coverage, these included stations in far off places such as Madagascar, Nigeria and Woomera in South Australia.

For missions further into the solar system, NASA used three principal stations: one near Canberra in Australia which included Honeysuckle Creek, another at Madrid in Spain, and the third at Goldstone in California.

At least one of these three stations would have a dish that would face the spacecraft at any given time, receiving their communications and passing them to Mission Control in Houston, Texas. This was a global network of instantaneous data and voice communications, at a time when even a single international telephone call had to be booked weeks in advance and was extremely expensive.

For Apollo 8, Honeysuckle Creek received telemetry and voice communications when the spacecraft first went into orbit behind the Moon, when it first emerged back into communication with Earth, and when it began its fiery re-entry into the Earth’s atmosphere on December 27.

Australian technicians were responsible for the vital task of aligning the dishes with the spacecraft and troubleshooting any problems that might arise with the equipment, a not unlikely occurrence with 1960s technology. Support for other missions

While only Lovell would fly again, on the ill-fated Apollo 13 mission, all the equipment and procedures tested on Apollo 8 – the spacecraft, the NASA technicians and the global network of tracking stations – would support the remaining Apollo flights.

Honeysuckle Creek was shut down and dismantled in 1981 but its receiving dishes moved not far away to Tidbinbilla.

They are involved as part of the Deep Space Network, tracking spacecraft such as the New Horizon’s mission to Pluto and multiple missions to Mars.

As for the two Voyager spacecraft, which have travelled the furthest of any object made by humans, they now only have contact with Earth via Australia.

Even on Christmas Day, Tidbinbilla will be receiving messages from spacecraft around the Solar System.

So when you send a Christmas message this year, spare a thought for those messages from the Moon 50 years ago, and the role Australian scientists played in receiving them.

Tristan Moss received a Humanities Travelling Fellowship in support of this research. He completed his PhD in 2015 at the Australian National University, and published his first book Guarding the Periphery: the Australian Army in Papua New Guinea, 1951 – 75 in 2017 with Cambridge University Press. He has previously worked on the Official Histories of Australian Operations in Afghanistan at the Australian War Memorial.