The average maximum temperature of 41.9C across the nation on Wednesday was one degree hotter than Tuesday's record.

Australia set a record for its hottest day ever for a second straight day, with an average national maximum temperature of 41.9 degrees Celsius - a full degree higher than the previous mark.

The Bureau of Meteorology said the new nationally averaged maximum was reached Wednesday, topping the 40.9 degrees hit Tuesday, which beat the previous record of 40.3 C in January 2013.

As the heatwave continued, Thursday saw the highest December temperature ever reached in Australia when the West Australian town of Eucla hit 49.8 degrees Celsius. The sun is seen through bushfire haze next to the Sydney Opera House as Sydney suffers through hot weather.
AAP

The previous hottest December day was 49.5 degrees Celsius in Birdsville, Queensland, in 1972.

Nullarbor broke the South Australian record when it hit 49.9C on Thursday afternoon, while Ceduna, on the Eyre Peninsula, recorded its hottest day in more than 80 years at 48.8C. Adelaide soared to 45.38C - its hottest December day since records began in 1997 - but that record could fall as soon as Friday, when the temperature is expected to reach 46C. Adelaide Metro was also forced to cancel afternoon tram services because of the conditions. Adelaide residents beat the heat by jumping from the Port Noarlunga Jetty.
AAP

The heatwave has exacerbated an unprecedented, drought-fuelled series of bushfires ravaging large areas of Australia. 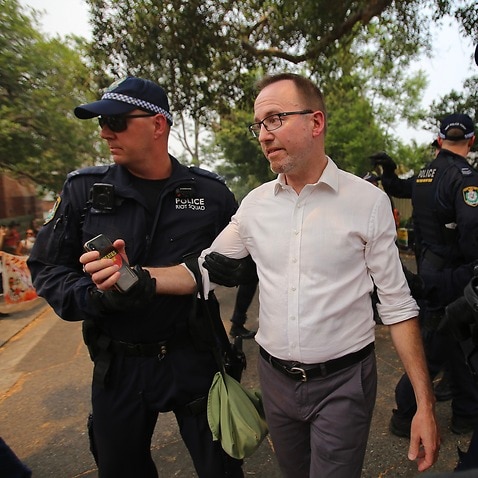 Large bushfires are raging in NSW, Queensland and Western Australia, with fire crews on high alert across the nation. 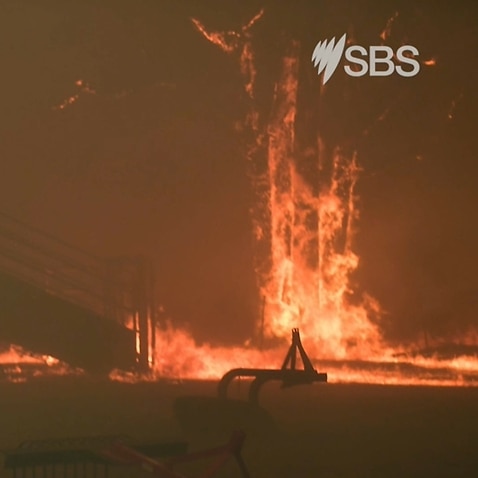 In NSW, at least 20 homes were destroyed on Thursday afternoon as Rural Fire Service crews desperately tried to fight back a large blaze south-west of Sydney.