The government is urging travellers not to bring pork products into Australia from countries affected by African swine fever over fears the disease could spread to livestock in Australia.

African swine fever has decimated pig herds in Asia over the last 12 months, most recently in the Philippines prompting concerns it could spread further south.

Tourists, international students, those returning from holidays overseas and other visitors are being urged not to bring pork products into Australia from countries affected by African swine fever.

Historically, outbreaks have been reported in Africa, South America, parts of Europe and the Caribbean with large outbreaks reported in the last 12 months in a number of Asian countries.

ASF is harmless to people but fatal and highly contagious for pigs.

In a statement, Federal Agriculture Minister Bridget McKenzie said the disease spreads rapidly with no cure or vaccine.

"It kills about 80 per cent of pigs it infects and looks like one in four of the world’s pigs will be wiped out by the end of the year.

"Our first priority is to keep it out of Australia but we also need to make sure we are prepared in case it does arrive – after all about 15 per cent of the product we’ve confiscated at the border has tested positive."

The Philippines is the latest country in Asia to be hit by the disease with mass culls as a result.

In China - home to half the world's pig population - and in Vietnam alone, the virus has caused the deaths of more than four million pigs with cases also reported in Mongolia, Cambodia, Laos and North Korea. 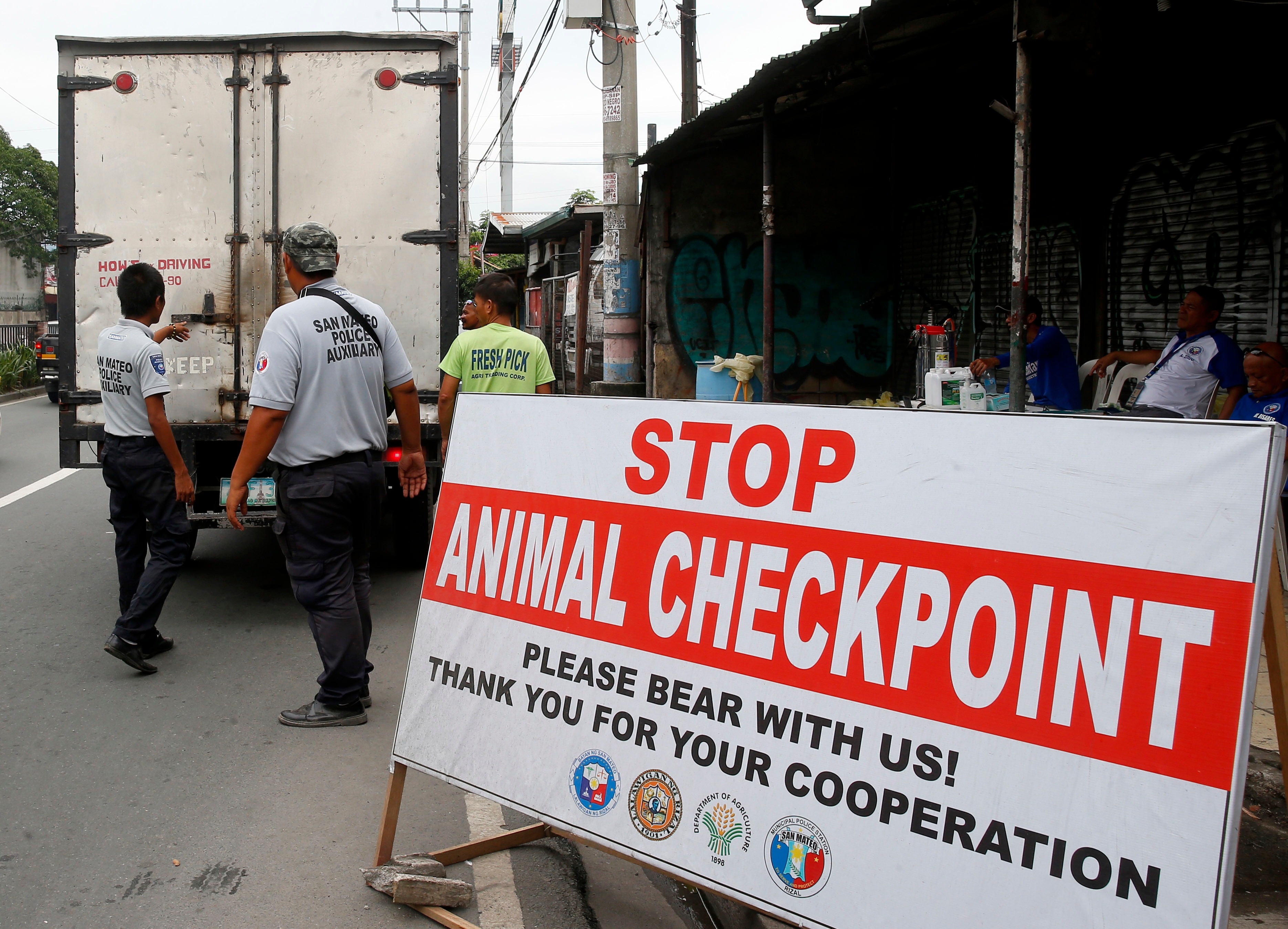 Deb Kerr is the General Manager of Policy at Australian Pork Limited, which supports and promotes the Australian pork industry.

She said the most likely way it would enter Australia would be through passenger luggage or through mail sent to residents in Australia from overseas.

As a result, Ms Kerr said Australia has introduced tougher penalties for non-residents bringing unauthorised products into the country.

"For people who have been bringing it in either online or in their luggage, the department has also made changes around the quantum of fines that might be applied," she said.

From April 17, 2019 new rules came into effect allowing airport authorities to shorten or cancel visitor visas if a visitor fails to declare prohibited items upon entry to the country.

Ms Kerr said people could be forced to leave the country for doing so.

"The government has now introduced that if you do import these products on a second offence they now have the capacity to deport those people back to their country."

Senator McKenzie has asked her department to actively engage with international student associations and tour operators to make sure the message is getting through.

The disease survives in fresh and cooked pork products unless they have been cooked for the right time and temperature to de-activate the virus and the disease can survive in frozen products for up to three years.

The only pork products allowed into the country from affected countries are what are known as retorted products - pork products in cans that have been cooked at a significantly high temperature to de-activate the virus.

Ms Kerr said if an outbreak was to occur in Australia, the main route of transmission would be from imported products inadvertently fed to local pigs.

"That's illegal in Australia but when it's fed to a pig -- and the virus is still alive -- that would infect a pig, or if it's thrown away and feral pigs were able to access the product and it gets into the feral pig population. It does not matter whether it's a feral pigs or commercial pigs, it will still have a devastating impact."

Ms Kerr said if an outbreak was to occur, Australia's export markets would close. The most likely scenario would be that infected feral pigs would be able to access those commercial pigs that are kept outside and transfer the disease to the commercial herd. Millions of pigs culled as swine fever spreads in Asia

Professor Michael Reichel is a fellow of the Australian and New Zealand College of Veterinary Scientists and the former Dean of Veterinary Medicine at the City University of Hong Kong.

He said with no approved vaccine for ASF, culling of sick animals had become the main strategy for controlling outbreaks in affected countries.

"All the efforts to control it have largely been cull and slaughter, the identification of infected pigs and the killing of them in a humane manner. That's been the standard way of dealing with the disease and this is what the Chinese have been trying to do in mainland China, Vietnam and all the other countries that it has been reported in."

Experts say Australia has a robust system that has prevented large scale outbreaks of swine flu and foot and mouth disease in the country, but Professor Reichel said there was no room for complacency.