Australia Day, Survival Day or Invasion Day? Australians hold many different views on what January 26 represents - and this is particularly the case among Indigenous communities.

For Aboriginal and Torres Strait Islander people across the country, Australia Day embodies a variety of meanings.  For some, it's a celebration of culture. For others it's a day of mourning. While many see it as a time to pay tribute to the survival and resilience of Australia's first peoples.

The word 'celebrate' is often thrown around come January 26 - but many don't see it as a day of festivities.

In Hobart, hundreds will mark the day with a street march to the lawns of Parliament House. 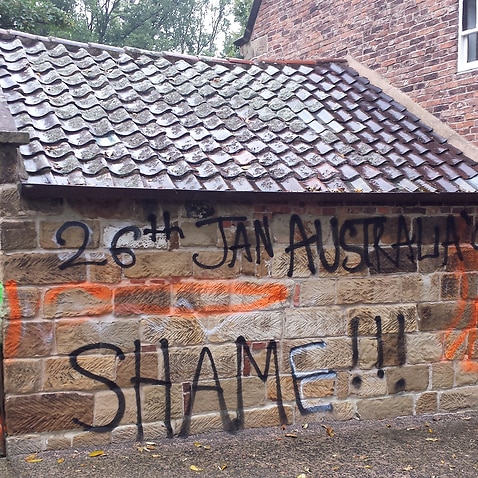 He refers to January 26 as Invasion Day because of its association with the dispossession of Aboriginal land.

"It is a day of mourning because it does symbolise the invasion of our land,” he said.

“It makes people angry in our community that Australians are celebrating on a day that is negative for us."

The Director of Aboriginal and Torres Strait Islander Research at the University of Sydney, Professor Jakelin Troy, said while there are aspects of modern Australia which Indigenous people want to celebrate, it is difficult to overlook the dispossession that came with the arrival of the First Fleet.

"There are languages gone, people gone, there are cultural histories, knowledges that are gone as a result of 1788,” she said.

“I don't know how we can embody into the celebrations for the 26th of January."

Professor Troy said there is a need to better cater to Indigenous perspectives and shift away from sugar coating the day. "We shouldn't have to be marching and protesting and making big political commentaries in order to get recognition - that should be built into this day,” she said.

“There should be, in all the advertising that goes out about Australia Day...it shouldn't be this frivolous, frothy sort of stuff about barbeques and coloured towels and spending the day at the beach.

“It should be, you know what does Australia Day mean for all Australians?"

Catriona Elder is an Associate Professor in the Department of Sociology and Social Policy at the University of Sydney.

She said it's important to consider how Indigenous people are included or excluded in Australia Day events and whether there is room for the day to be marked as something other than a celebration.

"Governments are sort of, are on the side of caution and say, oh let's just focus on the events that make people happy, that bring people together,” she said.

“Rather than say there is a place for political opposition, dissent, uncomfortable feelings on Australia Day. In actual fact that would be an important part in thinking about the history of our country.”

Some do prefer to 'celebrate' Australia Day, in their own way

But mourning is not a sentiment expressed by all Indigenous peoples.

Uncle Bill Nicholson, a Wunrundjeri elder from Melbourne, said he prefers the word 'celebration' because it carries a more positive message.

"I've found if you sit there and bring up all the atrocities in detail and try to make todays community feel the guilt of the past people shut down and the message doesn't really get across,” he said.

For several years Uncle Bill has been a part of an event called 'Survival Day'.

But, he said the event is not designed to gloss over the past.

"Survival Day in Belgrave isn't just something about, I suppose, being all nice and warm and fluffy about Aboriginal culture. There are very important messages conveyed across, in that particular day as well, concerning our history and the impacts of colonial period on our people past and present."

And in Sydney, thousands will mark Australia Day at the annual Yabun Festival , the largest one-day celebration of Aboriginal and Torres Strait Islander culture in Australia.

The event, which is held on the traditional lands of the Gadigal people, in Sydney's inner-west, will showcases a variety of music, arts, dance and speakers.

Indigenous musician, Bart Willoughby, is the headline act at this year's festival.

For him, the day is about acknowledging the past and embracing identity.

"What Australia [Day] is when you celebrate the history instead of trying to cover it up and pretend your something else,” he said.

“A real Australian is someone who knows where they really, really come from."