The ban on cruise ships entering Australian waters has been extended for a further three months until 17 September.

Australia on Friday extended its ban on most international cruise ships for three months until 17 September, making no mention of a hoped-for exemption for travel to neighbouring New Zealand.

The ban applies to any cruise liner capable of carrying more than 100 passengers, the Australian Border Force said in a statement.

It is the latest blow to the multi-billion-dollar cruise industry, which already faces lengthy bans in countries from the United States to the Seychelles.

Australia first announced the ban on international cruise liners on 27 March when nearly 30 ships were in its territorial waters.

Hundreds of Australians who disembarked from the ships were subsequently diagnosed with COVID-19. 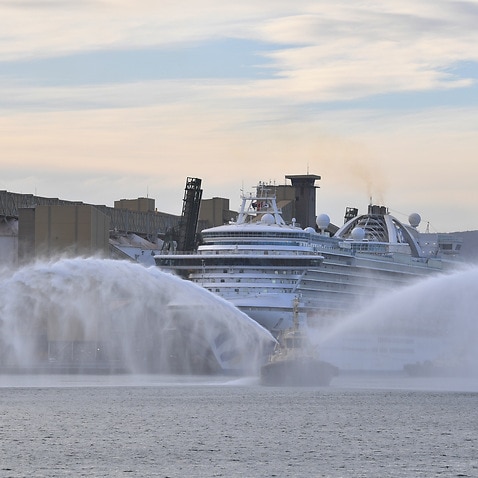 The former passengers have accounted for more than 20 of the 101 deaths registered from the disease in the country.

Most of those cases and deaths were connected to the Ruby Princess liner, which arrived in Sydney in late March.

The handling of that ship and its passengers is the subject of a criminal probe and a high-level civil investigation.

Australia closed its borders to non-residents in late March and has said foreigners will remain barred from the country for the foreseeable future.

Prime Minister Scott Morrison has raised the possibility of offering an exemption to the ban for citizens of New Zealand, which has successfully contained the coronavirus outbreak so far.

But Friday's announcement by the border force made no mention of any exception for cruise ships travelling between the neighbouring island nations.

People in Australia must stay at least 1.5 metres away from others. Check your state’s restrictions on gathering limits.
Testing for coronavirus is now widely available across Australia. If you are experiencing cold or flu symptoms, arrange a test by calling your doctor or contact the Coronavirus Health Information Hotline on 1800 020 080.
The federal government's coronavirus tracing app COVIDSafe is available for download from your phone's app store. SBS is committed to informing Australia’s diverse communities about the latest COVID-19 developments.
News and information is available in 63 languages at sbs.com.au/coronavirus