Disability advocacy groups have lashed out at Australia for failing people with disabilities through systemic 'hardships' and 'inequalities'.

A coalition of disability advocacy groups has outlined a series of systemic "failures" that continue to impact people with disabilities in Australia.

In a newly released report, the groups review Australia’s progress in implementing the United Nation’s Convention of the Rights of Persons with Disabilities.

The report claims Australia is "failing" many people with disabilities, identifying several inequalities affecting those in need of support. “There's widespread hardship, discrimination, violence and poverty, they face these every day,” she said.

"Australia is breaching our human rights commitments to people with disabilities."

Australia ratified the UN convention aiming at changing attitudes and approaches to people with disabilities in 2008.

A UN committee will review Australia’s action implementing the framework for only the second time since then in September this year in Geneva.

But ahead of this assessment, disability advocacy groups have described in detail the "poverty, disadvantage, and human rights violations” they identified as confronting people with disabilities. Among the alleged failures include the Australian government’s implementation of its flagship National Disability Insurance Scheme (NDIS) aimed at providing support to almost 500,000 people with disabilities.

Mr Damian Griffis, chief executive of First People’s Disability Network, said those with disabilities across the country were consulted in their report.

“People with a disability emphasised how hard it is to access the NDIS, how difficult the NDIS is to use, and about long waits for advocacy to help with the process,” he said.

The NDIS was legislated in 2013 and is scheduled to be fully operational by 2020. 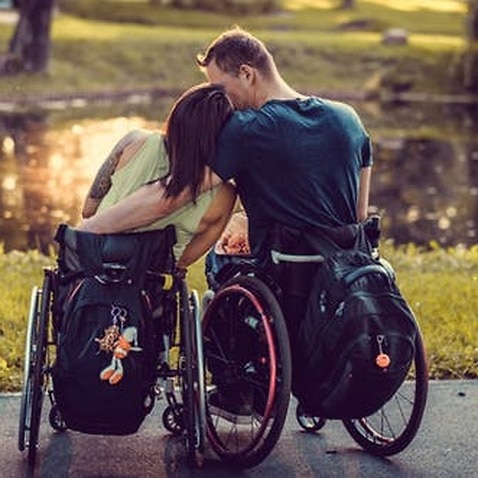 But in their report, disability rights groups said difficulties within this roll-out process continued to affect those in need.

“[This] fell well short of the 315,721 participants who were expected to have approved plans by this time.”

It said people with psycho-social disabilities, Indigenous people, those from culturally and linguistically diverse backgrounds and women and child are most at risk of poor outcomes.

“The planning process for NDIS participants is complex and confusing, and often lacks clarity and transparency,” the report reads.

“Scheme participants are often not aware of their rights and options.” The report's critique also includes a list of statistics about the "harsh realities" of life for many people with disabilities.

“More than 75 per cent of people with a disability report experiencing discrimination because of their impairment,” the report said.

It raised particular concern over acute hardships affecting Indigenous peoples and communities including rates of incarceration.

The rate of disability for Indigenous people is twice that of the general population, according to the report.

“Indigenous people with a disability are 14 times more likely to be imprisoned than the rest of the population,” Mr Griffis said.

To help us write the #CRPD Shadow Report, we asked people with #disability to fill out an online survey on their experiences in Australia.

Here are some of the results of that survey.https://t.co/0ACDpiyWzi#AusCRPDReview #DisabilityRights pic.twitter.com/DahL7z7IUQ

In April this year, the Australian government announced it would conduct a Royal Commission into the abuse and neglect of disabled people.

The royal commission will run for three years, with the final report due in April 2022.

"Australians living with disability and their families have spoken and my government has listened and is taking action," Prime Minister Scott Morrison told reporters at Parliament House.

"We have to establish a culture of respect for people living with disabilities and the families who support, love and care for them." 'Intimidation': Greens accuse disability royal commissioner of trying to shut them up

Other concerns raised within the report included difficulties faced by those in the context of schools, mental hospitals, and aged care settings.

The report identified the use of "forced treatments" such as “psychotropic medication, physical restraint and seclusion” on people with disabilities.

It also addressed the potential struggles faced by asylum seekers and people on non-permanent visas with disabilities living in Australia.

“[These people] are ineligible to access the NDIS as they do not meet residency requirements... leaving migrants with a disability at an increased risk of a range of human rights violations.” the report said. The report identified concerns across housing, education and health outcomes for those with disabilities.

It said that people with disabilities have a life expectancy up to 20 years lower than those without one.

“People with disability are 10 times more likely than people without disability to assess their health as poor,” the report said.

This lower life expectancy has a greater impact on those Indigenous people affected, according to the report.