The federal government has announced the country's borders will be shut effective immediately to non-citizens who have been in southern Africa in the past fortnight as the Omicron variant of COVID-19 triggers a new wave of concern. 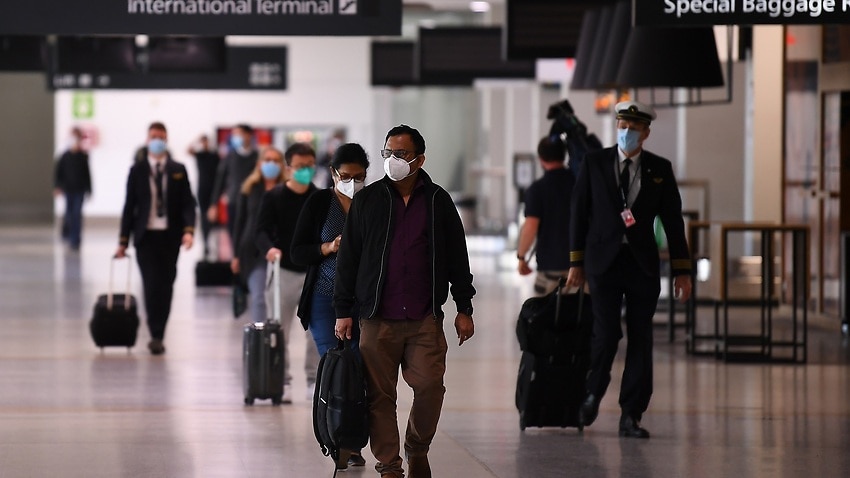 The federal government has tightened Australia's borders in the wake of a new COVID-19 'variant of concern', Omicron. Source: AAP

Australia will shut its borders to nine southern African countries and suspend all flights from those countries amid growing concerns about the new Omicron variant of COVID-19.

Any Australian citizens or dependents who have been been in those countries in the past 14 days must go into mandatory quarantine, the federal government announced on Saturday.

This includes international students and temporary visa holders, including skilled migrants, who have travelled to any of the countries in southern Africa in the past fortnight.

Non-citizens who have been in southern Africa will be banned from entering Australia until further notice.

Federal health minister Greg Hunt said Australia is in a vastly different position to other countries due to high vaccination rates, but there are immediate actions that need to be taken to protect people.

"Our job here is to make rapid decisions, to keep Australia safe, which is what we've done," Mr Hunt told reporters on Saturday.

"It will be difficult for some families and I respect and apologise. This is about keeping Australia safe and we will continue to do that as necessary."

All flights will be immediately suspended for two weeks from South Africa, Namibia, Zimbabwe, Botswana, Lesotho, Eswatini, the Seychelles, Malawi, and Mozambique.

Mr Hunt says anyone who has already arrived in the country from any of those nine countries must go into immediate self-isolation.

"There are no known cases of the Omicron variant in Australia," he said.

Read More
WHO declares B.1.1.529 COVID 'variant of concern', renames it 'Omicron'

Less than a hundred people who have travelled to southern Africa have entered Australia since international borders opened on 1 November, according to chief medical officer Paul Kelly.

The latest variant, given the name Omicron by the World Health Organisation on Saturday morning, first emerged in Botswana and has been detected in South Africa, Hong Kong, Israel and Belgium.

It has developed 30 mutations so far, double the amount of the Delta variant that sparked a third wave of outbreaks and lockdowns in Australia this year.

1.5 per cent of the country have received a booster shot.