Figures released on Wednesday for the April to June quarter show Australia’s GDP recording the worst contraction since records began.

Australia is in its first recession in 29 years, with gross domestic product in the June quarter down seven per cent, the largest contraction on record.

The negative growth follows a 0.3 per cent drop in the March quarter, with the most recent figures taking into account the full impact of the first wave of coronavirus shutdowns on the economy.

"Our record run as a nation of 28 years of consecutive years of economic growth has officially come to an end," Treasurer Josh Frydenberg said.

“Today's devastating numbers confirm what every Australian knows - that COVID-19 has wreaked havoc on our economy and our lives like nothing we have ever experienced before.”

What are the key numbers?

The key figure is the overall GDP growth, which first slipped into negative territory for the first quarter period, between January and March this year.

The June quarterly growth, at negative seven per cent, is the worst since records began, three times the previous biggest contraction of two per cent in 1974. 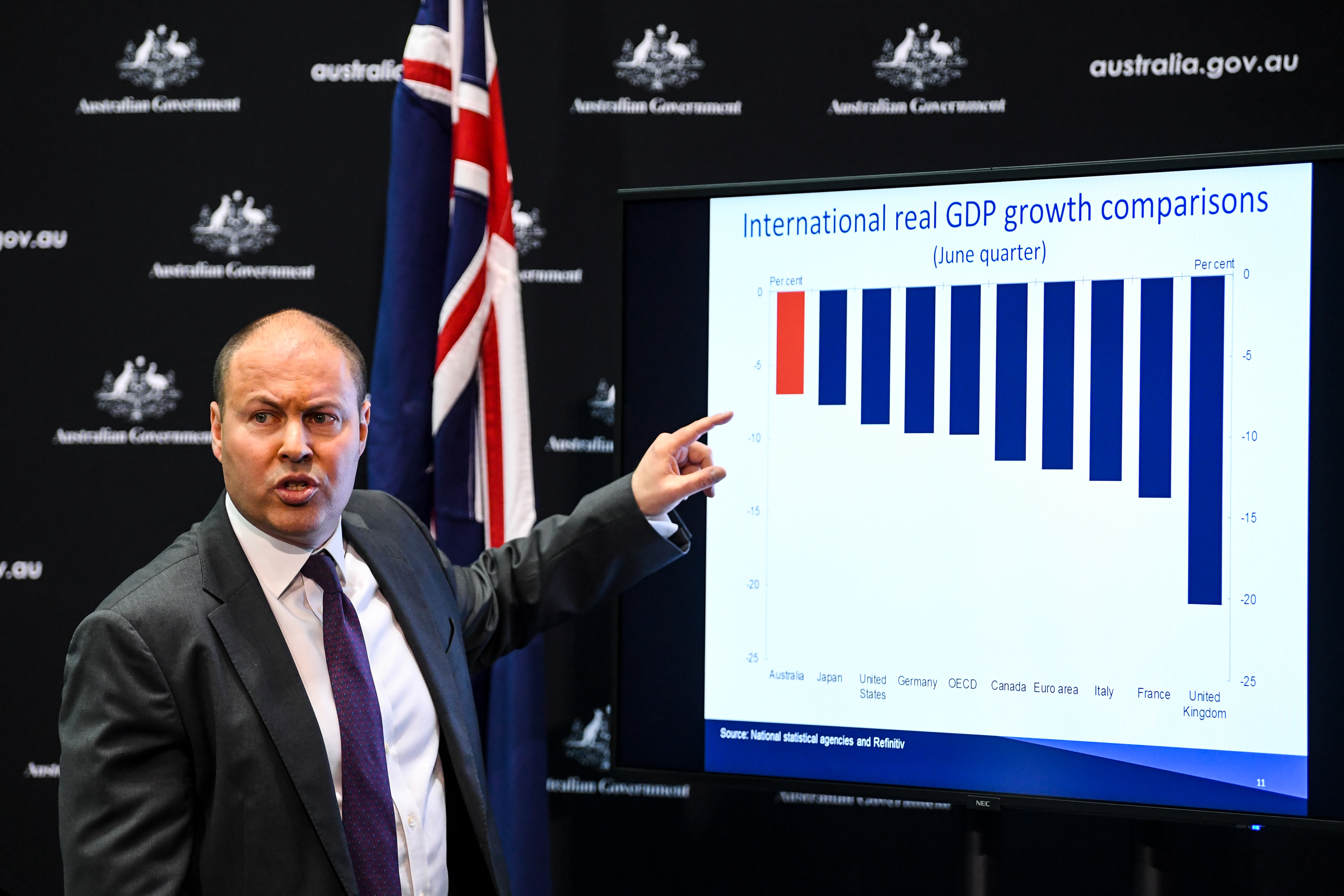 The contraction was primarily driven down by declines in household expenditure, which fell by 12.1 per cent.

Notably, the quarterly figures do not include the impact of stage four restrictions imposed by the Victorian government in Melbourne, which saw all non-essential businesses in Greater Melbourne closed.

How is Australia faring compared to the rest of the world?

Despite its negative growth figures, Australia is actually faring relatively well compared to the rest of the world and especially compared to other developed countries.

In the United Kingdom, which underwent a strict lockdown in the June quarter, economic GDP fell by 20.4 per cent, pushing the country into one of the deepest recessions of any major global economy.

GDP fell by just over 9 per cent in the United States, while Germany and Canada also recorded similar contractions.

He told SBS News the reason Australia's economy is the “envy of the world” is largely because it was in a strong fiscal position to begin with at the start of the pandemic. 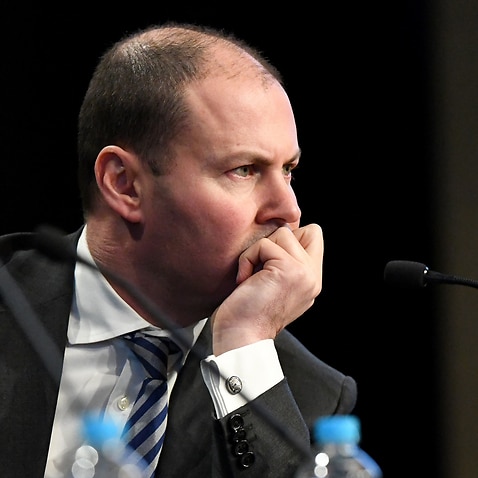 “It’s 30 years since our last recession, that obviously means we’ve had a good growth experience, we have a good fiscal position," he said.

"We have been able to deliver a stimulus more than more other places in the world and quite quickly.

“All this has led to a pretty good COVID-19 experience for Australia, led by shutting things down quickly.”

Could it have been avoided?

John Hawkins is assistant professor of politics, economics and society at the University of Canberra. He said there was not much the government could have done to avoid this recession.

“There was no way to avoid it. There isn’t much to be done to react in the March quarter. The government announced a big stimulus package and in hindsight could have moved a bit quicker, but I think it was inevitable, this was going to be a weak quarter for us,” he said. “You could have had a slightly better outcome for the March quarter by not shutting down mass gathers, but then you would have had a lot more people getting sick and had a much worse outcome in the next June and September quarters,” he added.

What does the recession mean for you?

Mr Hawkins says a recession is often characterised as "when your neighbour loses their job". A depression, he says, is when you also lose your own.

“Some people will lose hours and lose their job, that’s going to be the impact on many people," he said.

"Wage growth is going to be sluggish too, without competition to find people, you aren’t going to see any upward pressure on wages for a long time.” “I think it’s very hard to put your finger on what the average person is feeling, some people are going to be out of work and financially stressed, other people might not notice as much that we are in a recession."

How long will the recession last?

Mr Haslem said he expected the unique circumstances of this recession (a shutdown to avoid a public health emergency) meant it would not be as long lasting as other recessions.

“This is not a financial recession like we experienced in 1991 or that the world experienced in 2008 and 2009, this is just a shutdown in activity and we are already starting to see some signs of improvements in consumer spending,” he said.

“So it’s deep, deeper than what we have seen before, but I think we are probably going to come out of it in the back half of this year quicker than other recessions.”

While Mr Hawkins said that how quickly some sections of the economy recover - such as tourism and the university sector - would also depend on how the rest of the world dealt with the virus and how soon borders could be reopened.