China's parliament approved plans on Thursday to impose a security law on Hong Kong that has ratcheted up tensions with the US and sparked new protests.

Australia has joined the United Kingdom, the United States and Canada in scolding China for imposing a new security law that they say will threaten freedom and breach a 1984 Chinese-British agreement on the autonomy of the former colony.

"Hong Kong has flourished as a bastion of freedom," the governments of the UK, US, Australia and Canada said in a joint statement, adding their "deep concern regarding Beijing's decision to impose a national security law in Hong Kong". China's parliament approved a decision to go forward with national security legislation for Hong Kong that democracy activists in the city and some other countries fear could erode its freedoms and jeopardise its role as a global financial hub.

The UK, US, Australia and Canada said the new legislation would "curtail the Hong Kong people's liberties, and in doing so, dramatically erode Hong Kong's autonomy and the system that made it so prosperous".

"China's decision to impose the new national security law on Hong Kong lies in direct conflict with its international obligations under the principles of the legally-binding, UN-registered Sino-British Joint Declaration," they said. The Chinese government says the legislation will aim to tackle secession, subversion, terrorism and foreign interference in the city but the plan, unveiled in Beijing last week, triggered the first big protests in Hong Kong for months.

"We call on the government of China to work with the Hong Kong SAR government and the people of Hong Kong to find a mutually acceptable accommodation that will honour China's international obligations under the UN-filed Sino-British Joint Declaration," the statement from the four governments said.

Mr Pompeo said the US no longer views Hong Kong as autonomous because China was no longer honouring its handover agreement with Britain to allow Hong Kong a high level of autonomy.

"No reasonable person can assert today that Hong Kong maintains a high degree of autonomy from China, given facts on the ground," Mr Pompeo said. 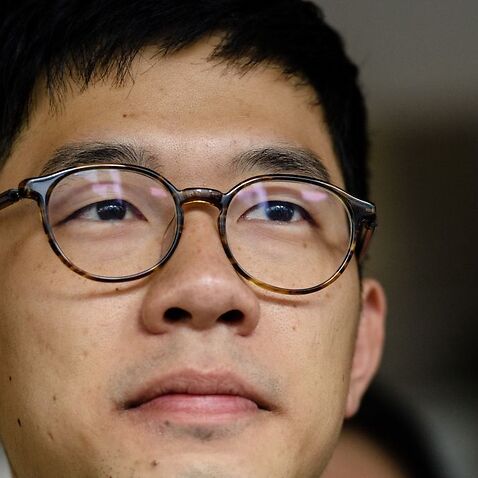 China made the security law a priority at its annual NPC session, after huge pro-democracy protests rocked the financial hub for seven months last year.

The law would punish secession, subversion of state power, terrorism and acts that endanger national security, as well as allow mainland security agencies to operate openly in Hong Kong.

The law has been met with fierce criticism.

"It's the end of Hong Kong... they are cutting off our souls, taking away the values which we've always embraced, values like human rights, democracy, rule of law," pro-democracy lawmaker Claudia Mo told AFP.