China has hit back after Prime Minister Scott Morrison confirmed that Australian officials will not attend the 2022 Winter Olympic Games in Beijing. 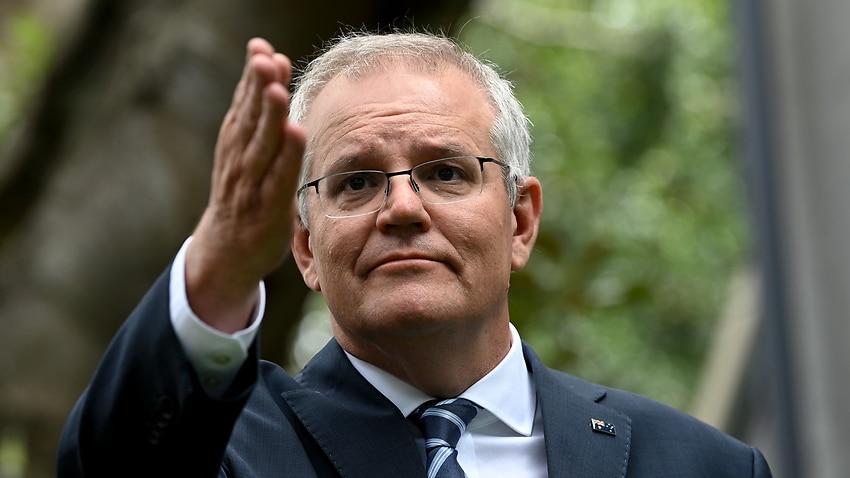 Mr Morrison told reporters on Wednesday that Australian athletes will compete at the Games, which begin in February next year, but officials and politicians will not attend.

The decision followed the Biden administration confirming earlier this week the US would impose a diplomatic boycott of next year's Games.

#BREAKING The Prime Minister has publicly confirmed that Australian politicians and government officials will not go to the Beijing Olympics. It follows a diplomatic boycott by the United States. China has threatened a response to such action @SBSNews

Mr Morrison said the decision was "not surprising" given diplomatic disagreements between the two countries. He said the Chinese government had not made itself available to discuss issues - such as human rights abuses in Xinjiang - that Australia had consistently raised.

"People have been very aware that we have been raising a number of issues that have not been received well in China," he said.

"But the human rights abuses in Xinjiang and many other issues that Australia has consistently raised, we have been very pleased and very happy to talk to the Chinese government about these issues and there’s been no obstacle to that occurring on our side.

"But the Chinese government has consistently not accepted those opportunities for us to meet about these issues."

The Chinese government has previously warned it will take "countermeasures" against the US over its boycott.

When asked about possible further retaliation from China, Mr Morrison said such a move would be unacceptable, and that "there will be no grounds for that whatsoever".

"I'll always stand up for Australia's interests and what Australians believe is right, and we are living in an uncertain time," he said.

The Australian Olympic Committee (AOC) has welcomed the decision, saying it respects diplomatic options are a matter for government, and that politics and sport should be separated.

He said diplomatic options are a matter for the government.

"It's up to the government and not a matter for us, as we are politically neutral. It's about the athletes, and the team for the AOC," he said.

"Sport is an opportunity to bring the world together, to bring athletes together from around the world. We don't deal in the world of politics."

The AOC expects to send about 40 athletes to Beijing. Mr Carroll said the Committee has been in contact with athletes, and that no one has expressed concern over attending.

"Athletes are entitled to their own opinions. We do advise them to take care, but they want to be focused on the competition," he said. "No one has expressed they are not going."

A spokesperson for the Chinese Embassy in Australia responded to the government's decision, saying it "runs counter to its [Australia's] publicly pronounced expectation to improve China-Australia relations".

"As we all know, the blame for the current predicament of China-Australia relations lies squarely on the Australian side," the spokesperson said in a statement on Wednesday.

"China once again urges the Australian side to take practical measures to create favourable conditions for improving bilateral relations."

"We wish the Australian athletes excellent performance at the Winter Olympics and believe they will also witness a streamlined, safe and splendid Olympics in China."

Zhao Lijian, a spokesman for China's foreign ministry, was asked about the US diplomatic boycott on Tuesday and said the "Winter Olympics is not a stage for political posturing and manipulation".

"The US has been fabricating the biggest lie of the century about so-called genocide in Xinjiang, but it has long been debunked by facts," he added.

"Based on its ideological biases as well as lies and rumours, the US attempts to interfere with the Beijing Winter Olympics, which will only expose its malicious intention and make it lose more moral principles and credibility."

When asked about any potential Australian diplomatic boycott on Monday, Mr Lijian said: "We have said on multiple occasions that the Beijing Winter Olympics is a grand gathering of global winter sports athletes and fans, rather than a platform for certain politicians' political stunts."