Dozens of Western countries are calling on China to remove its national security law for Hong Kong, citing concerns it will erode human rights freedoms.

Britain and some two dozen Western countries including Australia have urged China to reconsider its new national security law for Hong Kong, saying Beijing must preserve the right to assembly and free press in the former British colony.

"We wish to raise our deep concerns at the imposition of national security legislation on Hong Kong which undermines 'One Country, Two Systems', and has clear implications for human rights," Britain's ambassador to the United Nations in Geneva, Julian Braithwaite, told the UN Human Rights Council.

"We urge the Chinese and Hong Kong governments to reconsider the imposition of this legislation and to engage Hong Kong's people, institutions and judiciary to prevent further erosion of long-standing rights and freedoms," he said.

Mr Braithwaite spoke on behalf of 27 countries, many of them EU members, as well as Australia, Canada, Japan, New Zealand and Switzerland.

The 27 countries have "deep and growing concerns" over the new security law, which has clear implications on the human rights of people in Hong Kong, the statement said. Imposing the law without the direct participation of Hong Kong's people, legislature or judiciary "undermines" the 'One Country, Two Systems' principle guaranteeing Hong Kong a high degree of autonomy, rights and freedoms, the signatories said.

"We urge the Chinese and Hong Kong governments to reconsider the imposition of this legislation and to engage Hong Kong's people, institutions and judiciary to prevent further erosion of the rights and freedoms that the people of Hong Kong have enjoyed for many years," the statement said. "A number of the signatories to this statement submitted a letter last year to express concern about arbitrary detention, widespread surveillance and restrictions, particularly targeting Uighurs and other minorities in Xinjiang," the statement pointed out.

UN independent #humanrights experts call for decisive measures to protect fundamental freedoms in #China, incl. Hong Kong SAR. They denounce "the repression of protest and democracy advocacy in #HongKong, and impunity for excessive use of force by police."https://t.co/1UlWiXBRZW pic.twitter.com/SdSeX0QKaR

"These deep concerns have been reinforced by additional information now in the public domain."

"High Commissioner, we encourage you to provide regular further information on Hong Kong and Xinjiang in order to safeguard rights and freedoms guaranteed under international law," Mr Braithwaite said. 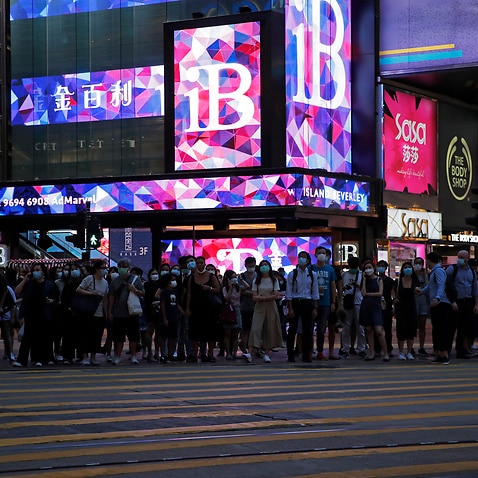 "The first statement in four years on China - with more than twice the countries supporting - is an urgently-needed response to voice of victims, and to the need for the High Commissioner to take decisive action to monitor China's attacks on Uighurs and to stop erosion of rights in Hong Kong," Sarah Brooks of the International Service for Human Rights said in a statement.

A study by a German researcher said Monday that Chinese authorities were carrying out forced sterilisations of Uighur and other ethnic minority women in an apparent campaign to curb the population.

The countries urged China to allow Michelle Bachelet, the UN High Commissioner for Human Rights, "meaningful access to Xinjiang at the earliest opportunity".