Australia's embassy will remain in Tel Aviv for now.

The Australian government has officially announced a shift in its Middle East policy, recognising West Jerusalem as Israel's capital.

However, the Australian embassy will remain in Tel Aviv for now, in what the government is branding as a decision that supports a two-state solution, and the possibility that East Jerusalem will one day be recognised as the Palestinian capital.

Mr Morrison decried the "rancid stalemate" in the Israeli-Palestinian conflict, defending his decision to shift Australia's policy on the Middle East as a circuit-breaker.

"What we are saying is we've got to move this forward. This rancid stalemate has to be broken," he said in an address to the Sydney Institute on Saturday.

"This is our contribution of innovative, measured thinking about how we think this can move forward, but in part calling it out and daring to ask the question which others don't seem to want to ask."

Work has begun on finding a suitable site for the West Jerusalem embassy, but the actual relocation process will need to wait until a peace settlement is achieved via a two-state solution. 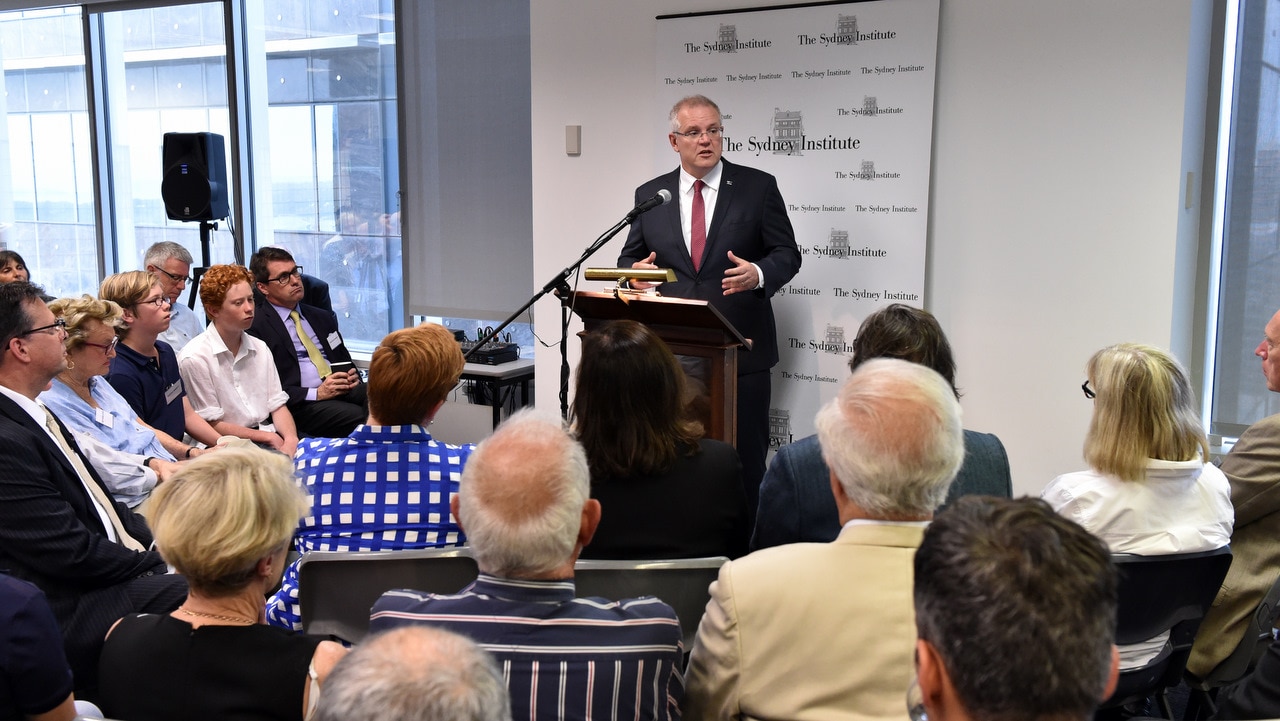 Mr Morrison described the policy as a "balanced, considered and clear" view.

"We look forward to moving our embassy to West Jerusalem in support of and after a final resolution.

"Furthermore, recognising our commitment to a two-state solution, the government is also resolved to acknowledge the aspirations of Palestinians for a future state with its capital in East Jerusalem.

"Australia believes this respects our commitment to a two-state solution and longstanding respect to [United Nations] Security Council resolutions."

Earlier this year, Donald Trump's US administration shifted its embassy from Tel Aviv to Jerusalem and it briefly appeared Australia would follow suit.

However, with the Australian embassy remaining put, the government will set up a defence and trade office in West Jerusalem.

The plan was endorsed by the cabinet's national security committee during a meeting on Monday.

"The Australian Government will establish a trade and defence office in West Jerusalem. With deepening defence industry ties and Australia-Israel trade now running at over $1.3 billion per year, this will help continue to build our strong bilateral trade relationship." The president of the Network, Bishop George Browning, said the announcement also diminishes the prospect for peace.

"It's rather naive because Israel has declared the whole of Jerusalem to be its eternal and undivided capital. So while we might pompously say that hey, we just committing to West Jerusalem. The reality is that Israel doesn't see it that way," he told SBS News.

"They see it leading to an undivided capital. And if Mr Morrison's words are to have any effect then he needs to put considerable pressure on Israel to recognise the Palestinian right to East Jerusalem." The government will also commit to recognising a future state of Palestine with its capital in East Jerusalem after a settlement has been reached.
AAP

He said the announcement is better than the outcome of recognising the whole of Jerusalem as the capital of Israel, but it still does not advance the cause of peace.

"I don't know that we should boycott simple because of this [policy decision]. But I think the world commits the prime minister and the Australian government to act far more proactively then it has up to now to force Israel to the peace table.

"Because at the moment, day by day they [Israel] takes more land daily confiscates more houses. They minimise the Palestinian economy."

The Palestinian ambassador in Australia, Izzat Abdulhadi, said the decision to delay the embassy move provided a constructive base on which to reverse the Australian foreign policy position in the future.

“The Australian plan to create a defense and trade center in Jerusalem has no diplomatic significance and therefore, it’s a good starting point to hopefully canceling the plan of moving the embassy altogether,” Mr Abdulhadi told SBS Arabic24.

Palestinian negotiator Saeb Erekat on Tuesday called for Arab nations to cut ties with Australia if it recognises Jerusalem as Israel's capital.

"I call upon all Arab and Muslim countries to sever all relations with with Australia , if it recognises Jerusalem as Isreal’s capital," he said in a message posted on Twitter.

Palestinian diplomat Dr Hanan Ashrawi said she believed the move would contribute to "instability and injustice".

She said she had personally sent a letter to Mr Morrison, urging him to avoid changing Australia's policy on the Middle East.

In a letter to @ScottMorrisonPM l urged him to refrain from changing Australia's policy on #Jerusalem by illegally recognising it as Israel’s capital. Australia must respect int’l law & UNSC resolutions instead of contributing to instability & injustice. https://t.co/3CH22Nrb56

"In her correspondence to Prime Minister Morrison, Dr. Ashrawi called on the Australian government to reconsider such a move, affirming that violating the legal status of Jerusalem 'would be unilateral, illegal, and would jeopardize the chances for peace.

"She also stressed that a potential change in Australia’s foreign policy position would constitute a departure from the global rule of law and undermine its standing and economic interests worldwide."

The Federal Opposition has also savaged the potential move, calling it "all risk and no gain".

"A humiliating backdown that puts Australia in the position of a handful of countries like Russia and the Czech Republic," Labor's foreign affairs spokesperson Penny Wong told reporters.

"Let's be clear. This is Scott Morrison trying to dig himself out of a hole of his own making. This is what this is about. That is not how you run foreign policy. You don't put your domestic interests above political interests."

Opposition Leader Bill Shorten called it a "foolish and risky bungle by the government" at the same press conference on Saturday morning.

Jewish organisations said they could not comment during the Shabbat. The Executive Council of Australian Jewry pointed to its statement in October on the issue as being reflective of their position.

The statement said the ECAJ has long advocated for the Australian embassy to be moved to west Jerusalem.

"Every State has the right to determine where within its sovereign territory its capital should be located," the October statement said.

"Jerusalem was the capital of the Jewish state 3,000 years ago and it remains so today. 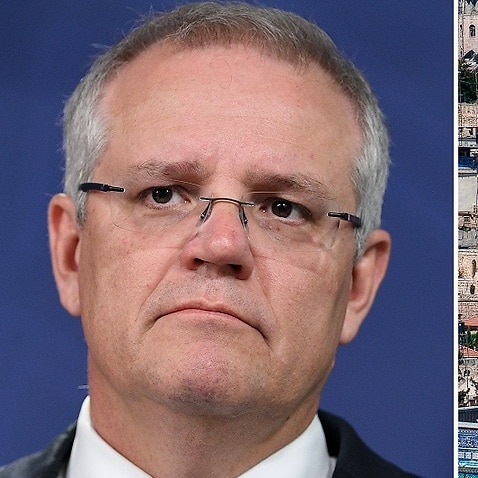 "Recognising this simple fact would in no way preclude a future agreement between Israel and the Palestinians and we welcome the Prime Minister’s affirmation of support for a two-state solution to the conflict."

Australia on 30 November voted for the first time against a UN resolution that denied Israel's claim of sovereignty over Jerusalem.

In a statement dated 4 December, he said the vote sent the right message. "Voting 'No' for the first time has sent a message that Australia will not go along with attempts by the UN to air-brush the 3000-year long connection of the Jewish people with Jerusalem out of history."

Mr Morrison initially stated he was considering the Jerusalem embassy move two months ago, during campaigning for the Wentworth by-election, where more than 12 per cent of the electorate are Jewish.

The announcement triggered condemnation from Indonesia and Malaysia, delaying a bilateral trade deal with Indonesia.

Malaysia said at the time the embassy move could exacerbate terrorist activity.