The latest attempt to make it harder to become an Australian citizen came this week as the government spends $9 million to deal with an application backlog thought to be more than 200,000.

Biak Thwang Urai lives in a modest home in Melbourne’s west with his wife and six children.

Arriving home from his job at a local daycare centre, three-year-old Junenasen and five-month-old Steven are there to greet him in the driveway.

This, he says, is heaven.

“The feeling as I arrived, I thought 'this is the first [sight of] heaven'. We are very happy,” he told SBS News. Biak Thwang Urai and his family in Melbourne.
SBS News

Mr Urai fled Myanmar in 2006. He had been badly beaten by soldiers from the Burmese army after they had taken him on as a porter. He'd become sick and was unable to work.

He said they threatened to kill him and ransacked his home.

For five years he waited in a refugee camp in Malaysia until he was finally granted asylum to come to Australia.

He says he still worries that, at any time, officials could turn up and ask him to leave.

"I worry that sometime the department will come and knock at the door and they’ll say 'you need to go back to your country'," he said.

I worry that the department will knock at the door and say 'you need to go back to your country'.

Mr Urai applied for Australian citizenship in 2015 so the worrying could stop, but the forms were sent back.

He applied again in 2017 and again last year, with the department requesting birth and marriage certificates that don’t exist.

“We don’t have certificates because in my village there is no computers, everything no computer. My birth happened in the kitchen, not the hospital, it was very far away in the city.”

Obtaining replacement documents is difficult and costly, and a challenge faced by many refugees. Western Melbourne Chin Community President Patrick Sang Bawi Hnin says he is aware of many in his community facing the same struggle.

“At least 1,000 people [in his community] have applied to become a citizen in the last two years and I don’t know of anyone who has been granted citizenship,” he said.

What is causing the delays?

But applications were frozen as the Department of Immigration waited for new eligibility criteria, including a tougher English test, to come into effect. 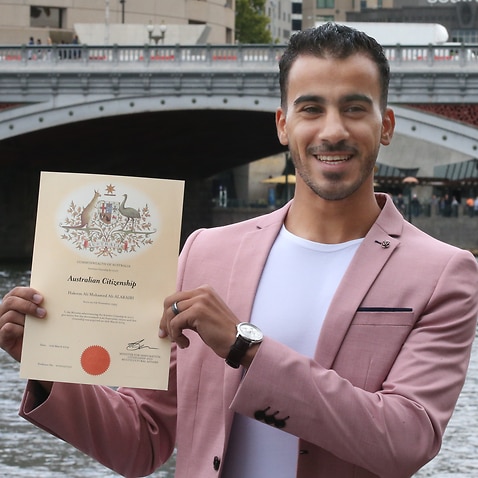 The reforms failed to pass the Senate, leaving a backlog of over 240,000 citizenship applicants by mid-2018 - more than double the 2017 waiting list.

Last financial year, 80,649 people were granted Australian citizenship, compared to 137,750 the year before. Mr Urai is still waiting for his citizenship.
SBS News

Mr Hnin said the Chin community just want to give back to Australia.

“We are good people. We are going to become very good citizens, we feel we owe it to the government and to the Australian people. We are here to do a good thing, to support the country to grow," he said.

“We actually want everyone who's in the country to feel like they're fully a part of the country. That should be a policy goal for our political leaders to see as many people living in Australia who actively want to take up Australian citizenship," he said.

That should be a policy goal ... to see as many people living in Australia who want to take up citizenship.

Mr Power said the wait can have a detrimental effect on refugees who have already faced the trauma of upheaval from their homeland.

“It means a lot, and we can see again and again, that it’s a very important, often final, step in their journey from persecution to permanent safety."

Minister for Immigration and Citizenship David Coleman said in a statement “the government will always work to make the system as functional and effective as possible”.

It “makes no apologies for ensuring only those who meet our security and character requirements are given Australian citizenship”. Mr Coleman said $9 million is being invested into recruiting and training extra staff to deal with the backlog, and as a result over 85,000 were approved in just the past eight months.

But the Immigration Department has not confirmed to SBS News how many more applications are still waiting to be processed, with parliamentary documents suggesting more than 200,000 would-be Australians remain in citizenship limbo. For Mr Urai, his journey now has a new sense of urgency; his father is ill and is requesting a final visit.

"He is not well, I want to see and pay respect. That's why I need citizenship," he said.

Without citizenship he cannot apply for a passport and, after four years of waiting, he doesn’t know if it will come through in time. 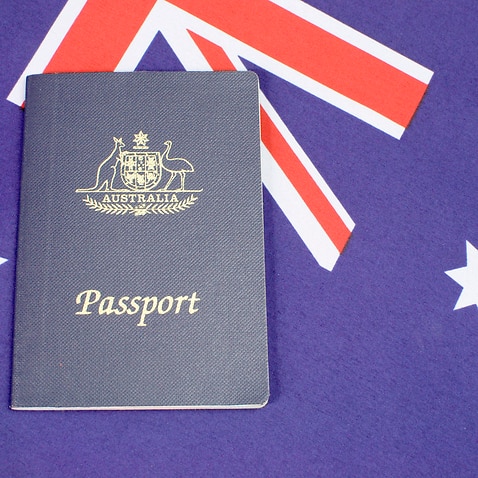 Exclusive: There's a mistake in the Australian citizenship test