Convoys of truck drivers have taken to prominent motorways in major capital cities to plead for better working conditions.

Hundreds of truck drivers and their supporters have held protests around the country to demand better safety standards and working conditions. It comes after Safe Work Australia statistics released last month revealed the transport, postal and warehousing industry is deadliest in Australia, with transport workers making up over 30 per cent of all workplace deaths. Transport has been the deadliest industry for three consecutive years.

The Transport Workers Union of Australia (TWU) is arguing a direct link between the high death toll and the pressure operators and drivers are put under by major industry clients to lower costs.

The TWU also claims drivers are being subjected to breaches of fatigue rules and harassment when they raise safety issues.

“People are being slaughtered on our roads and families are being ripped apart by tragedy,” TWU Acting National Secretary Michael Kaine said.

“Corporate greed has forced the transport industry into crisis. Money-hungry corporations squeeze profits from freight contracts at the expense of public safety, and no one is holding them to account for the devastation they’re causing in our communities.” 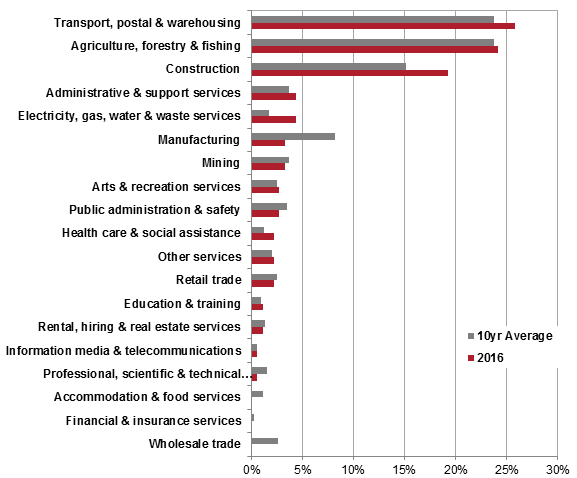 A Macquarie University study in February found one in 10 truck drivers it interviewed currently work over 80 hours per week, and that 42 per cent of owner drivers said drivers do not report safety breaches due to a fear of employment termination.

A TWU survey earlier this year found 93 per cent of truck drivers want to transport made safer and less pressured.

Queensland-based driver Paul O’Neill has called for better pay, as a bare minimum.

"We're all in this to make money, we all want to make a profit, but it's time for the big end of town to stop exploiting working people to boost the return to their stakeholders,” he said.

Australians in their hundreds are dying on our roads and the Federal Government is doing nothing - TWU Acting National Secretary Michael Kaine #TWUConvoy pic.twitter.com/BJdRmK8ce4

A road safety watchdog, the Road Safety Remuneration Tribunal (RSRT), was created in 2012, but the body was cut four years later after it said establishing compulsory minimum pay would kill off businesses.

The TWU said crashes immediately spiked after the RSRT was dissolved.

The TWU claims 388 people have died in truck crashes since the RSRT was cut.