Researchers at the Australian National University have found a link between a spike in gastro cases and drought in parts of the ACT and Queensland.

Gastro outbreaks are common after heavy rain and flooding but new research suggests drought may also lead to a higher number of people falling ill with a bad case of the runs.

Population health researchers at Australian National University have found a link between drought and cryptosporidiosis - a disease caused by the "water-loving" parasite, Cryptosporidium, which infects the intestine, causing diarrhoea, stomach cramps and vomiting.

"Over the coming century, we can expect extended dry periods across the globe - we are already seeing another big drought underway in NSW. It's a big problem and we need policymakers in climate change, water and health to work together to address it," Dr Lal said. 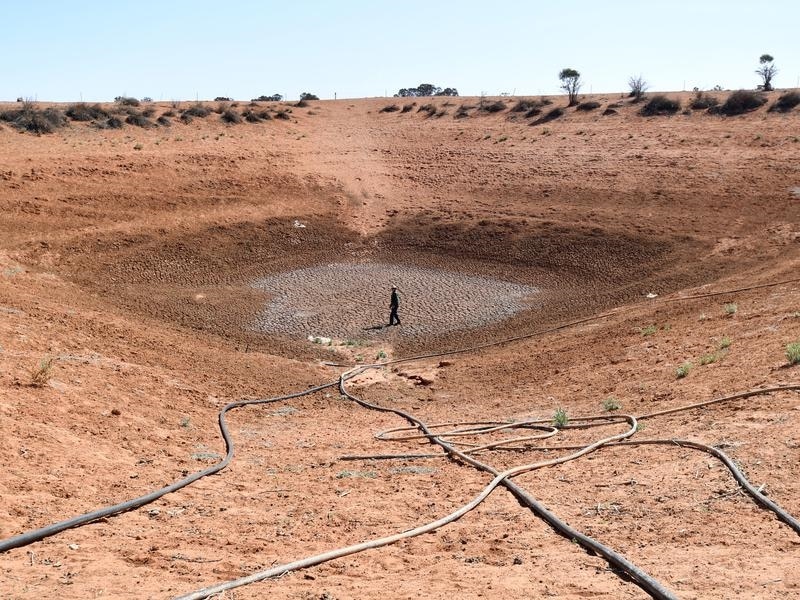 For the study, researchers analysed the health records of residents living in the ACT along the Murray Darling Basin and parts of Queensland from 2001 to 2012.

They specifically looked at how many cases of Cryptosporidium infection were reported over the 11 year period.

According to the study, published in the Journal of Water and Health, reported cases of the gastro bug rose significantly during the Big Drought, that ended in 2009.

"Specifically we found that following the end of the drought we estimated from our model there was a big drop in the number of reported cases in both of these areas," leader researcher Dr Aparna Lal from the ANU Research School of Population Health.

Dr Lal says the estimated risk of cryptosporidiosis dropped by 84 per cent in the ACT and by 57 per cent in Queensaldn when the Big Drought ended.

One theory for the concerning association is that the reduced river volumes during drought increase the concentration of the pathogen.

"Cryptosporidium is a water-loving parasite, it actually loves water and is very easily spread through water, so one of the possibilities is that when we have a drought and we have a less volume of water available the same parasite can be more concentrated just because there is less water and that can increase exposure to people," Dr Lal said.

"As these gastro bugs can also be spread from livestock, land-use change may also contribute to this pattern, due in part to access around waterways," she added.

Given gastro is a really preventable health problem, it's important health professionals are aware of the health issue, says Dr Lal.

Children under five years old are particularly at risk from cryptosporidiosis, which can cause developmental problems such as stunted growth.

"It is something we need to be aware of but not alarmed, every drought is different but what the findings do suggest is that gastro could be a drought-related health impact," Dr Lal said.

Cryptosporidium is found in the faeces of infected humans and animals. Infection occurs when the parasite is ingested. Transmission often occurs through:

* handling infected animals or their manure

* drinking contaminated water, such as from untreated bores and well