Some in Australia's Muslim community have demanded an apology from Scott Morrison over his comments in the wake of Friday's Bourke St attack.

In what is being treated as an IS-inspired terrorist attack, Somalian-born Hassan Khalif Shire Ali set a car alight then stabbed three men, one who died from his injuries. After lunging at an officer with a knife, the 30-year-old Somali-Australian was shot and killed by police. 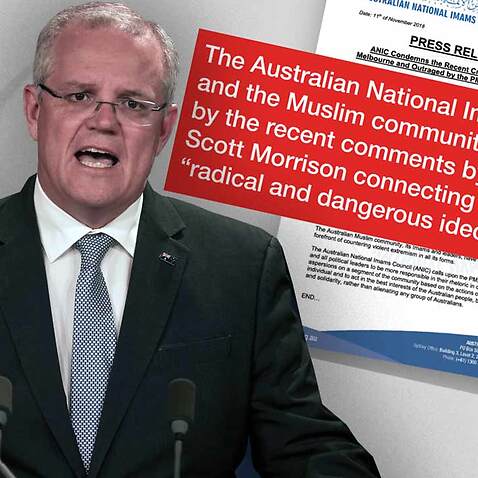 On Sunday, Mr Dutton stressed that the Muslim community was key in alerting authorities to potential threats, but Dr Mohamed said security agencies were to blame.

"We do not need Dutton's plea to remember our duties," Dr Mohamed said.

"I'd like to remind him that security agencies failed to do their job; the offender's passport had been cancelled and he was being monitored." His comments add to a growing list of key Muslim community leaders speaking out against the government's divisive comments.

Muslims Australia on Monday called on the Prime Minister to retract the comments he made following the attack and apologise to the Muslim community.

The group, which calls itself "the peak body for Australian Muslims", wrote to the prime minister expressing its "deep concern" over how he and other politicians are discussing the role of Islam since Friday's attack.

"The comments ... serve no other purpose than to foster an ill-conceived notion that all Muslims are somehow responsible for the actions of every individual within our community. This is not a burden that is placed on any other community," said the correspondence, authored by Muslims Australia president Dr Rateb Jneid.

The family of the attacker say he had mental health problems.

"Hassan suffered from mental illness for years and refused help. He's been deteriorating these past few months," they said in a note given to Nine Network.

"Please stop turning this into a political game. This isn't a guy who had any connections with terrorism but was simply crying for help."

But on Monday, Mr Morrison dismissed the idea that Mr Shire Ali's actions were solely the result of mental health issues.

"I think that's an excuse. This bloke, radicalised here in Australia with extreme Islam, took a knife and cut down a fellow Australian in Bourke Street," Mr Morrison told the Ten Network.

"He was a terrorist. He was a radical, extremist terrorist, who took a knife to another Australian because he’d been radicalised in this country. And we can't give him excuses." Muslims Australia say that such sentiments are unfair.

"It appears to us that when a Muslim commits such acts then all other possible factors are either downplayed or ignored. This is a privilege that is extended in most other incidents to such perpetrators."

"Violent crime is not something that is limited, or unique, to Muslims and violence perpetrated by an individual who happens to be of the Muslim faith should never be reflective of the whole community," it said.

The group drew a comparison to a similar incident on Bourke Street last year, where faith was not a factor.

"The faith of the individual does not detract from the information that has emerged about his mental health, substance abuse and criminal history," the correspondence said.

"What role his faith may or may not have played in motivating his actions is clearly difficult to ascertain otherwise the security services would have taken action against him previously."

"The idea that [Islamic] community leaders would have information but withhold it from the police or intelligence agencies is unacceptable," Mr Dutton said on Sunday.

Muslims Australia said this allegation is "insulting and offensive and may put members of our community in danger. It is without any basis."

"To suggest that Imams and leaders of the community are not doing what they can in this regard is untrue and extremely disappointing." 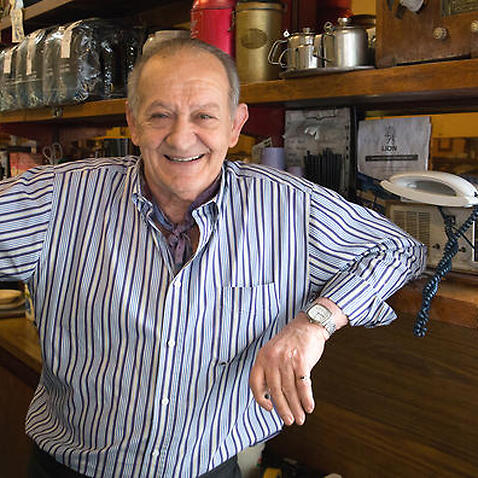 On Sunday, the Australian National Imams Council called the attack a national tragedy but said it was "outraged" by the Prime Minister's recent comments linking Islam to a radical and dangerous ideology.

"It is extremely disappointing in such difficult times and during a national tragedy, when all Australians of all faiths and backgrounds should be called upon to unite and stand together against any form of extremism and violence, to see our nation's leader politicising this incident and using it for political gain," a statement said.