Many people born during Australia's control of Papua New Guinea always believed they were entitled to Australian citizenship - but trying to prove this can be a challenge.

Catrina Moroney is held in the arms of her Australian mother as she looks deeply into the camera’s lens. The year is 1963 and from the stilted white and pale blue home behind them, you could think this is Townsville or Cairns in Queensland.

But her parents are one of the many Australian families that made Papua New Guinea (PNG) their home before its independence in 1975. Prior to this, PNG was administered by Australia.

Many children of Australians who travelled to Papua New Guinea during this period are now searching for answers around their citizenship status. A picture of Catrina Moroney with her mother in Rabaul, Papua New Guinea.
SBS

During Australia's control, the south-eastern part of the island, known as Papua, was regarded as a Commonwealth Territory and people born in the region were entitled to a level of Australian citizenship.

But the northern-part, called New Guinea, was defined as a United Nations Trust Territory of Australia.

Figures first reported by the Guardian show there were almost 27,000 PNG-born people living in Australia at the 2011 census.

More than 10,000 of them were born before PNG’s independence.

In February she was stopped from travelling to PNG to visit an 81-year old uncle who'd had a stroke.

The Home Affairs Department told her she was not an “Australian citizen”, despite her life-long belief that she was.

Her uncle died the following day.

“To have this happen it defies reason, I just can’t get over it.”

In a document seen by SBS News, the Department of Home Affairs stated Ms Bird was “incorrectly issued” with Australian citizenship in 1985.

Ms Bird also received a letter from PNG’s government stating that she was not a citizen of that country either.

“I’m really exhausted by this whole situation,” she said.

“I just want to get on with my life.”

Ms Bird is now on a bridging visa and has started a Facebook group called Australian citizens born in Papua New Guinea, aimed at helping others affected by PNG's independence split.

“It’s not cut and dry and this is why this has become so complex,” she said.

"Because of Papua being defined as an Australian territory and New Guinea being a trust territory, there are different rules that apply to both.

“It has just become a nightmare for people.” Citizenship law expert at the Australian National University, Professor Kim Rubenstein, ran the case that later prompted changes to the Australian Citizenship Act to allow people born in Papua, with at least one Australian mainland-born parent, to apply for citizenship by conferral.

She said these type of case would not be limited. “They are not isolated cases there would be a significant number of people that come under that life experience who would be affected by this,” Professor Rubenstein told SBS News.

She said the legal notion of citizenship can be “formal” and not reflective of a person’s “life experience".

“This is an example of where people’s identity of being Australian does not necessarily fit the formal legal reality of citizenship,” she said.

In 1994, the government created a Special Circumstance visa to address "incorrect administrative actions" that had led to the issue of citizenship or a passport to those born in Papua who had been living in Australia for a significant period.

The Department said those on this visa can then apply for Australian citizenship by conferral.

“The Department is aware there are concerns among the Papuan cohort of the Papua New Guinea (PNG) community in Australia regarding their access to Australian citizenship,” the Home Affairs department said in a statement.

For Catrina Moroney the situation is different.

She was born in Rabaul, then the capital of the Australian mandated capital of New Guinea, and said her parents were told she would automatically get Australian citizenship because New Guinea was a territory of Australia.

“It is really confusing because nobody really knows where they stand,” Ms Moroney told SBS News.

Catrina Moroney with her father.
SBS

However, according to Australia’s Nationality and Citizenship Act, a person who was born in the Territory of New Guinea can only become an Australian citizen by descent and not by birth alone.

Ten years ago Ms Moroney lost her birth certificate and without this documentation struggled to prove her status as an Australian citizen to a future employer.

“It was a nightmare,” she said.

“They kept saying you’ll probably have to go to New Guinea and get [a birth certificate] from there.”

For others, a failure to properly recognize Australia’s history in Papua New Guinea is part of the problem.

Melbourne-based Liz Hubbard was born in Port Moresby in 1959 and was told she wasn't an Australian citizen because she'd been born in PNG's capital, when she went to Centrelink.

“People ask me when I came to Australia and I tell them that I’ve never left,” Ms Hubbard told SBS News. Ms Hubbard said she has been forced to tell hospitals that she is born in Melbourne not Port Moresby because it causes too much paperwork.

“We were born in the Territory of Papua Australia. That is what it says on my birth certificate," she said.

“We need to know our history and people have forgotten this part. That is very said."

In a statement, the Department of Home Affairs said it already has visa and citizenship pathways in place for people born in Papua, who lost their citizenship on PNG Independence day. 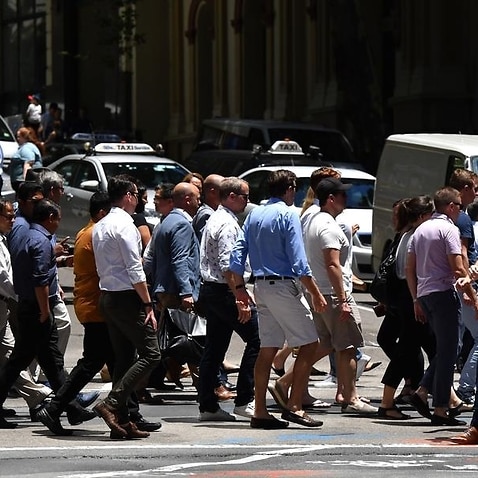 But Vitoula Bird is calling for an amnesty and a waiver of application fees for all those who could have their citizenship affected.

The department said "there is no ability" under regulations to do this.

Ms Bird says she has no plans to renew her bridging visa and wants her entire history in Australia to be recognised. She said making a new application would not allow this.

"But I am determined not to give in on this because I have got nothing to lose now.”