As in-language communication about COVID-19 is harnessed to reach multicultural groups, advocates warn minority communities must not be forgotten.

There are calls for the Federal Government not to forget Australia's minority communities as it ramps up in-language communication about COVID-19.

Labor MP Julian Hill told SBS News on Thursday this should be an "urgent" matter for the government.

Mr Hill represents the multicultural electorate of Bruce located in southeast Melbourne where more than 200 languages are spoken. He said a "complete lack of social distancing" at one market in his electorate showed health warnings were failing to reach many people.

"The government has to do more urgently to get material out in minority languages, that's up to date and simple and clear," he told SBS News.

"I'm particularly worried about some of the small newly-arrived communities that have not yet had the opportunity to develop proficient English language skills." 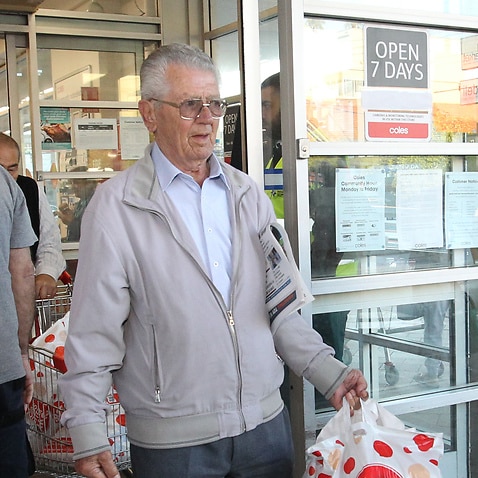 The Federal Government has so far translated health guidelines detailing new rules and expectations in response to the virus in seven languages.

These translated materials can be found in Arabic, Vietnamese, Simplified Chinese and Traditional Chinese, Farsi, Italian, Korean and Greek.

The advice covers everything from washing your hands to explaining concepts like social distancing and self isolation to contain the contagion's spread. Jordan Pe is part of the Eastern Karen Community Association, which represents the ethnic minority native to southeastern Myanmar.

The ethnic group has long faced religious and ethnic persecution with their numbers in Australia totalling just over 5,000 at the most recent census. Mr Pe told SBS News communicating rapidly changing messages in response to the pandemic without in-language help has been a challenge.

"People used to catch up in the church services - [now] it is only the phone communication we have to pass on information to them." Mr Pe said language barriers are more evident for older members in the community and others coming from a refugee background.

"If it's not your first language - you read it and think how can I understand all that," he said.

"[But] if someone can translate it into Karen on a national level - then we can explain it better to make sense to them."

The Victorian Government has made fact sheets available in 48 languages, as state governments also attempt to pass on vital health information.

NSW, Western Australia, and Queensland have produced their own translated material too - while other jurisdictions refer to translating services and resources available from the Federal Government.

SBS has also launched a Multicultural Coronavirus Portal, where communities can access the latest news about the pandemic across 63 languages.

CEO of the Federation of Ethnic Communities Councils of Australia Mohammad Al-Khafaji told SBS News there is a pressing need to ensure newly arrived communities are kept informed.

"The challenge for the government is obviously how many languages do you translate these complex messages into -  there is always a limitation," he said

"But hopefully this crisis will make policymakers take seriously the importance of including the new and emerging communities' languages." Mr Al-Khafaji said "unfortunately" those sources are often not from Australia and may not meet the standards of our health advice.

The Department of Home Affairs has said it plans to distribute further information to "multicultural audiences through targeted print, radio and social media placements".

The government has also conducted several meetings with community leaders regarding COVID-19 responses.

But Labor's Julian Hill said more can and needs to be done.