The federal government has revealed its plans to attract the “best and brightest” skilled migrants from around the world when international borders reopen, as Australia enters its slowest population growth in more than a century. 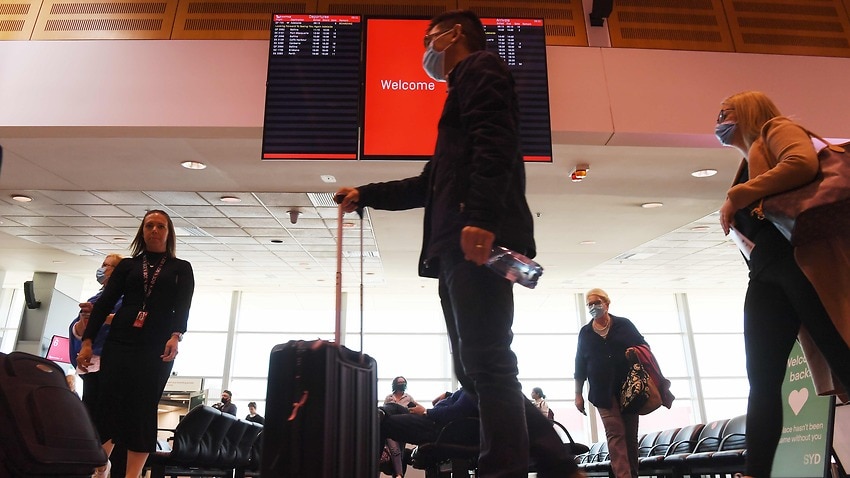 Australia’s net migration intake is set to fall into negative levels for the first time since World War II and not recover to pre-pandemic levels for more than four years, the federal budget revealed on Tuesday.

It means Australia’s population growth will drop to just 0.2 per cent this financial year - the slowest growth in more than a century - as migrants leave the country and new temporary visa holders are barred from entering under coronavirus border restrictions.

Australia’s fertility rate (defined as the number of children born to each woman) is also expected to drop to 1.58 during the 2021-22 financial year, down significantly from the 1.9 predicted in the 2019-20 budget.

Forecasts included in the delayed 2020-21 budget, which was handed down by Treasurer Josh Frydenberg, showed Australia’s population will grow to almost 26 million in 2022. It is approximately one million fewer people than were forecast for the same period in last year’s budget.

The record drop in population growth will have far-reaching consequences for the economy, Mr Frydenberg said, as the government faces a $213.7 billion deficit – the largest in Australia’s history.

“Migration, population growth, is very important for the Australian economy. It’s one of the three P’s: population, participation, and productivity all drive economic growth,” he told SBS News ahead of the budget’s release.

What this year's budget means for visa holders

Budget papers have also revealed a slew of changes to temporary visas the government hopes will lure the “best and brightest” prospective migrants back to Australia. But the migration cap of 160,000 places per year, introduced in 2019-20, will remain in place.

Changes to the migration program include a tripling of the Global Talent Independent program allocation to 15,000 places and an increase of the Business Innovation and Investment Program to 13,500 places.

The family reunion stream will also be increased from 47,732 to 77,300 places for this financial year, but that includes 72,300 places in the partner category meaning there are only 5,000 places for families with children.

An English language requirement will be introduced for partner visas. Source: SBS

Of new people coming into Australia, the government estimates approximately two thirds will be on skilled visas.

People applying for Working Holiday Maker and visitor visas once borders reopen will also have their fees waived in a bid to boost tourism, while temporary visa holders impacted by the pandemic will be eligible to have their fees refunded at an estimated cost of $270 million over four years.

Employee Sponsored, Global Talent, Business Innovation and Investment Program visas will be prioritised, as will onshore visa applicants who live in designated regional areas and partner visa applicants whose sponsor resides in the same region.

An English language requirement will also be introduced for partner visas and their permanent resident sponsors in a bid to increase economic participation.

A cap of 13,750 places will be placed on Australia’s humanitarian program, which will receive an additional $12.7 million over two years to extend existing youth programs. Reforms to the Adult Migrant English Program and settlement services will result in savings of $958.3 million over four years.

Australia’s international borders have been closed to everyone but citizens, permanent residents, their immediate family members and people granted a special exemption since 18 March in an attempt to prevent local COVID-19 outbreaks.

New Zealanders will be the first international travellers to return outside of these categories from 16 October, Deputy Prime Minister Michael McCormack announced last week.