Despite an increasing number of Australians being born overseas, the 46th federal parliament will be no more culturally diverse than the previous one.

Politicians often say Australia is the most successful multicultural country in the world - but it would seem the country’s growing diversity is failing to make its mark in the corridors of power.

The newly elected 46th parliament will likely have little more cultural diversity than the previous one, according to figures compiled by the Parliamentary Library and SBS News. 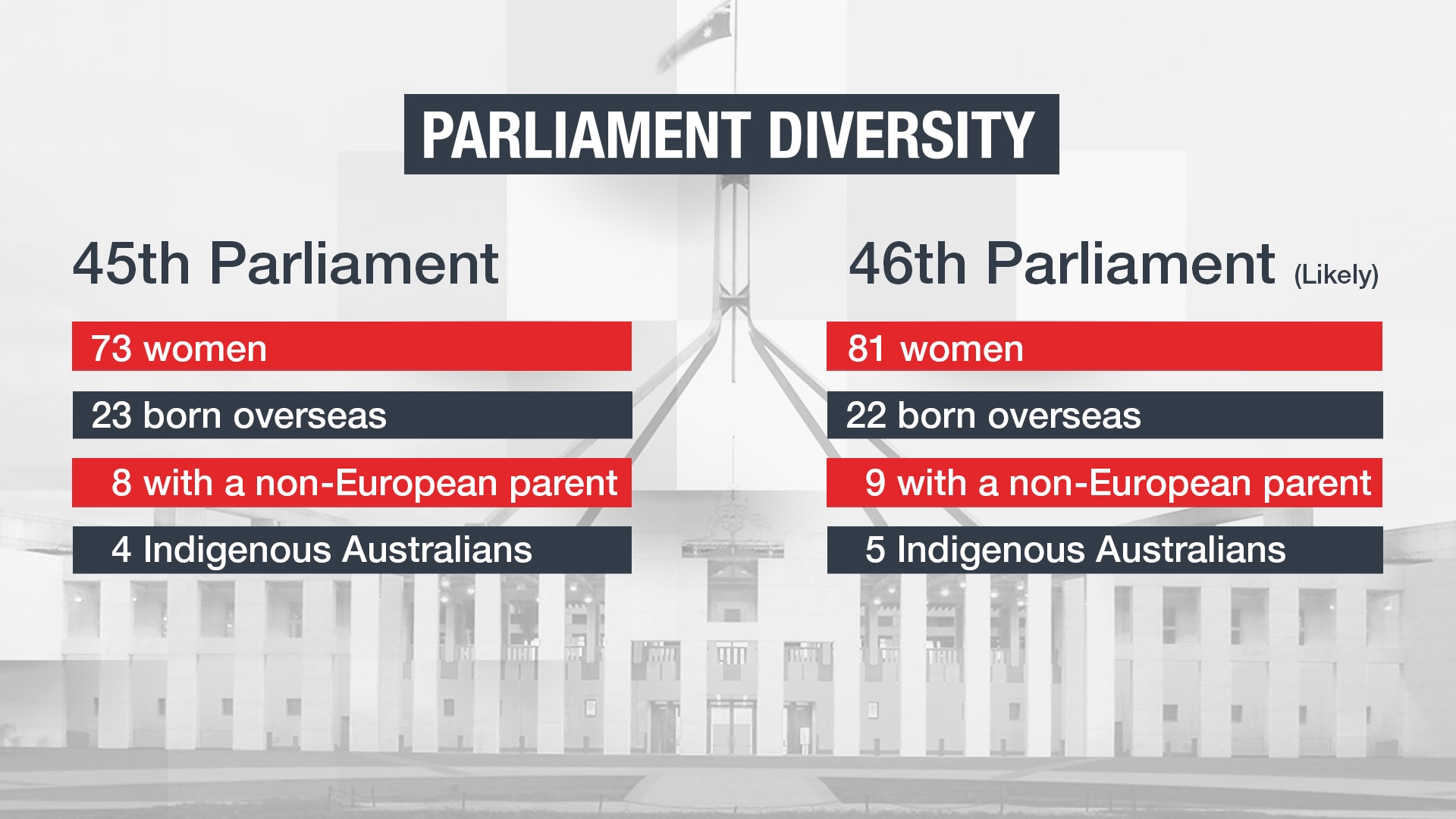 Some of the notable exiting MPs include the Liberal’s Tony Abbott, born in England and Lucy Gichuhi, born in Kenya. As well as Labor’s Lisa Singh whose parents were born in Fiji.

Some of the newly elected MPs from diverse backgrounds include Liberal’s Dave Sharma, born in Canada to an Indian father; the Green’s Mehreen Faruqi, born in Pakistan; and the Liberal’s Gladys Liu, born in Hong Kong, who as of Tuesday was on track to pick up the closely fought Victorian seat of Chisholm.

According to the 2016 census 28.5 per cent of Australians were born overseas. While the United Kingdom remains the largest country of origin within that, China and India are in second and third place respectively. 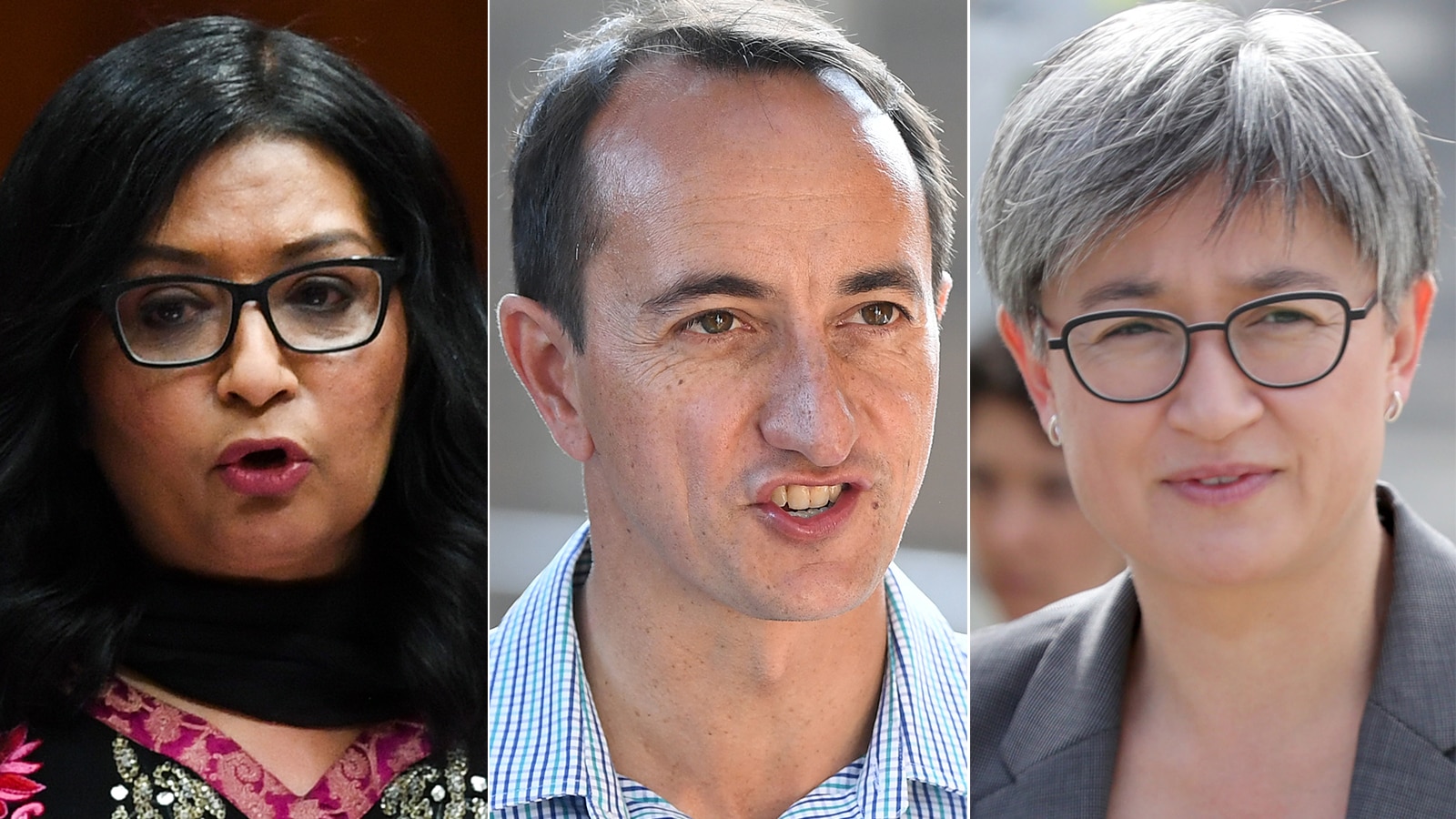 Mehreen Faruqi, Dave Sharma and Penny Wong will all be in the new parliament.
SBS News 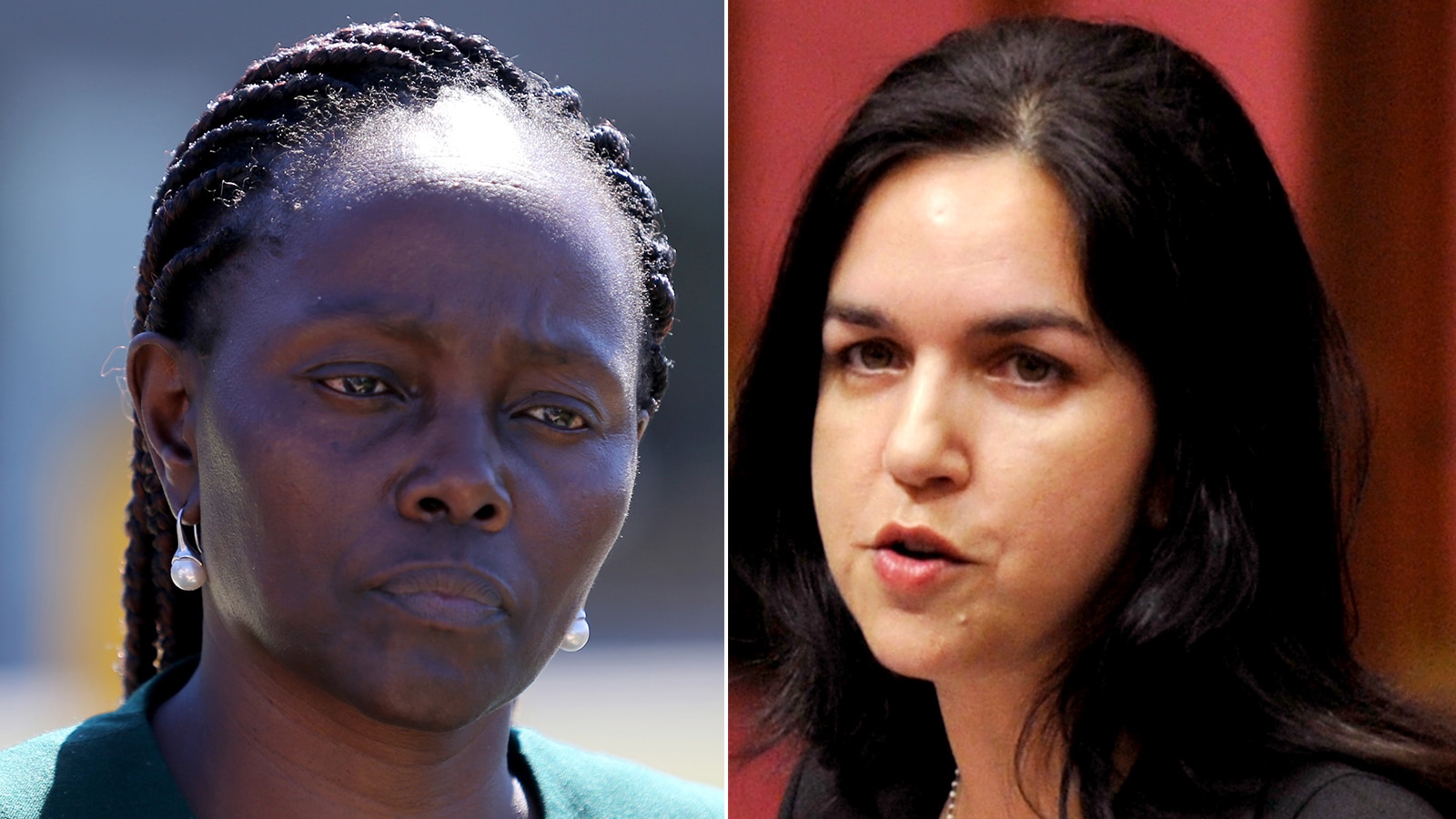 The figures on multiculturalism for the 45th Parliament come from the Parliamentary Library and were accurate as of April 2019.

Data for the new parliament is compared with the previous figures and available public biography information of all new incoming MPs on their official websites.

SBS News has reached out to both the Labor and Liberal parties to confirm the birthplace of several new members who haven't mention their place of birth on their official websites.

The analysis is also based on the likely results, with some Senate and Lower House results still not finalised on Tuesday, following Saturday’s election win for the Coalition. Where there has been change, is in the number of women who will take their place in parliament, with at least 81 women having confirmed to have won seats in the Senate or the House of Representatives.

This is compared to 73 female MPs in the previous parliament. There are 227 seats across both houses of parliament.

The number of Indigenous Australians in parliament will also likely increase from four to five with the return of Tasmanian Senator Jacqui Lambie.

During her first stint in Parliament, Ms Lambie used her maiden speech in 2014 to reveal her family connection to Tasmania’s Indigenous population. 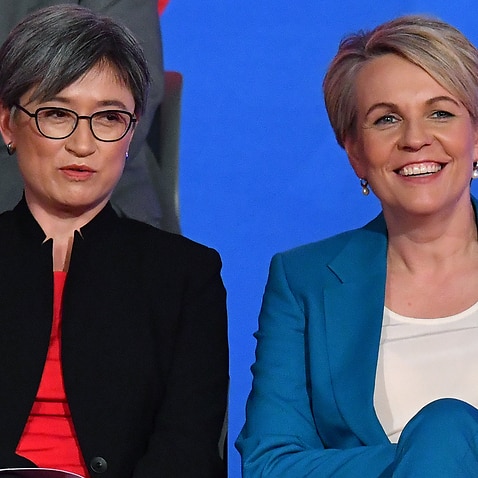 According to an Essential Research poll commissioned for SBS News prior to the election, 71 per cent of Australians believed the country would benefit from a greater representation of under-represented groups in parliament. 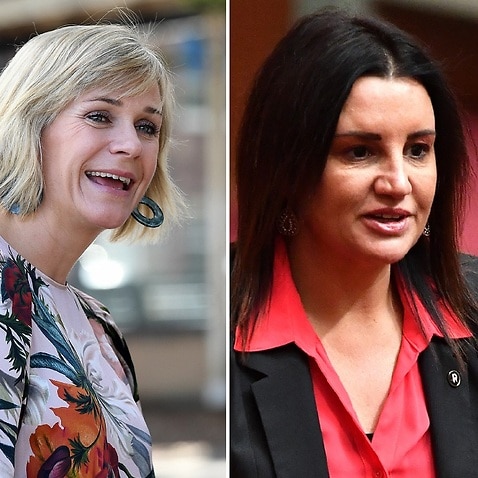 Professor Jakubowicz said he believed the Section 44 controversies and dual-citizenship concerns may be a barrier for multicultural Australians who are thinking about getting into politics.

“I think people from ethnically diverse communities who might want to make a run might be fairly intimidated by the sorts of hoops needed to jump through,” he said.

He also added that until the major parties change their internal processes and begin pre-selecting diverse candidates in winnable seats, little would change.

“The idea is that the parliament represents the range of the Australian people … that isn’t happening,” he said.