Fleeing persecution and instability, Australia's population of Assyrian Church of the East Christians has grown by more than a third in the past five years.

Many Assyrian children have endured traumatic experiences in their homelands, putting their futures at risk. But one influential Sydney school is offering them a new beginning.

Together with its senior campus, St Hurmizd Primary says it is the only school in the Western world that teaches the Assyrian language and faith.

All of the students are from non-English speaking backgrounds, and for most, Assyrian is their first language.

School captain Mary Anoya says the lessons are crucial for the preservation of her culture.

"It's important that we don't forget our language because our culture has been around for thousands of years now," she tells SBS World News.

"If we forget our language, it's going to be a huge loss." 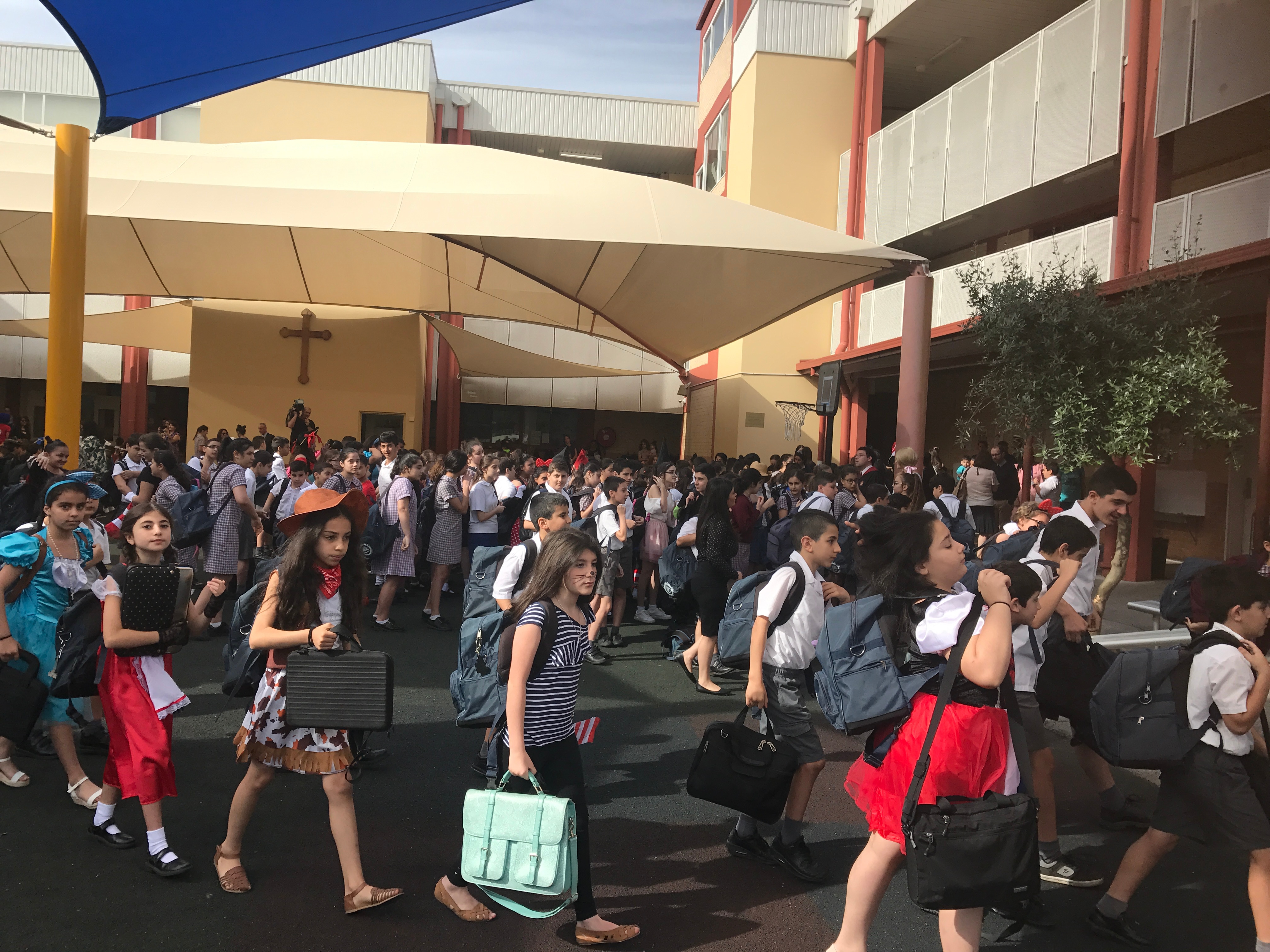 There is something else that makes St Hurmizd special. Almost a quarter of students are newly arrived refugees.

Due to their association with Christianity, Assyrians have often been the target of deadly attacks in their Muslim majority homelands of Iraq and Syria.

Many have fled the violence, with a growing number resettling in Australia.

St Hurmizd has welcomed a significant proportion of them.

"They miss their culture and heritage of their homeland when they're displaced for five years in a refugee camp," says the school’s Principal Brian Kenelly.

"And that is why they come to a community in Australia, in Sydney, which gives them that connection.”

The refugee students take part in a specialised program that includes intensive English lessons, as well as grief and trauma counselling.

When the school assesses them as ready, they then move into the mainstream classrooms.

One Iraqi refugee, 11-year-old George Odischo, resettled in Sydney in January this year.

He says he never went to school in Iraq, which means he was never able to learn his native language in a formal setting.

"My favourite part of St Hurmizd School is learning the Assyrian and English language. Assyrian because it's my own language - I feel proud when I speak it," he says.

"And English because it's my new language, I must learn it to talk with others and to complete my education to become a doctor." Refugees also account for a number of students at the nearby senior campus, St Narsai College.

School counsellor Raman Youkhanis says many of the refugees are at the top of their class.

"I think it was last year we had five ESL students that received 90 and above ATARS and now they're in medical sciences, they're in engineering, they're construction, law," he said.

"The secret ingredient is that we help them find their identity. We give them the identity of Australia ... our culture... our heritage, Assyrianism and also the faith."

Iraqi born siblings, Maryam and Miron Alwakeel are among the refugees at the top of their class.

Year 12 student Maryam has just begun her HSC exams and aspires to be a doctor.

Miron, who's in the year below, wants to get into the field of technology, engineering or medicine.

"It was always one of my dreams to become one of the top - in Iraq, I was fourth in the state," he says.

He says traumatic experiences in his homeland motivate him to work harder.

"You can use them to help you study, that's what I think. 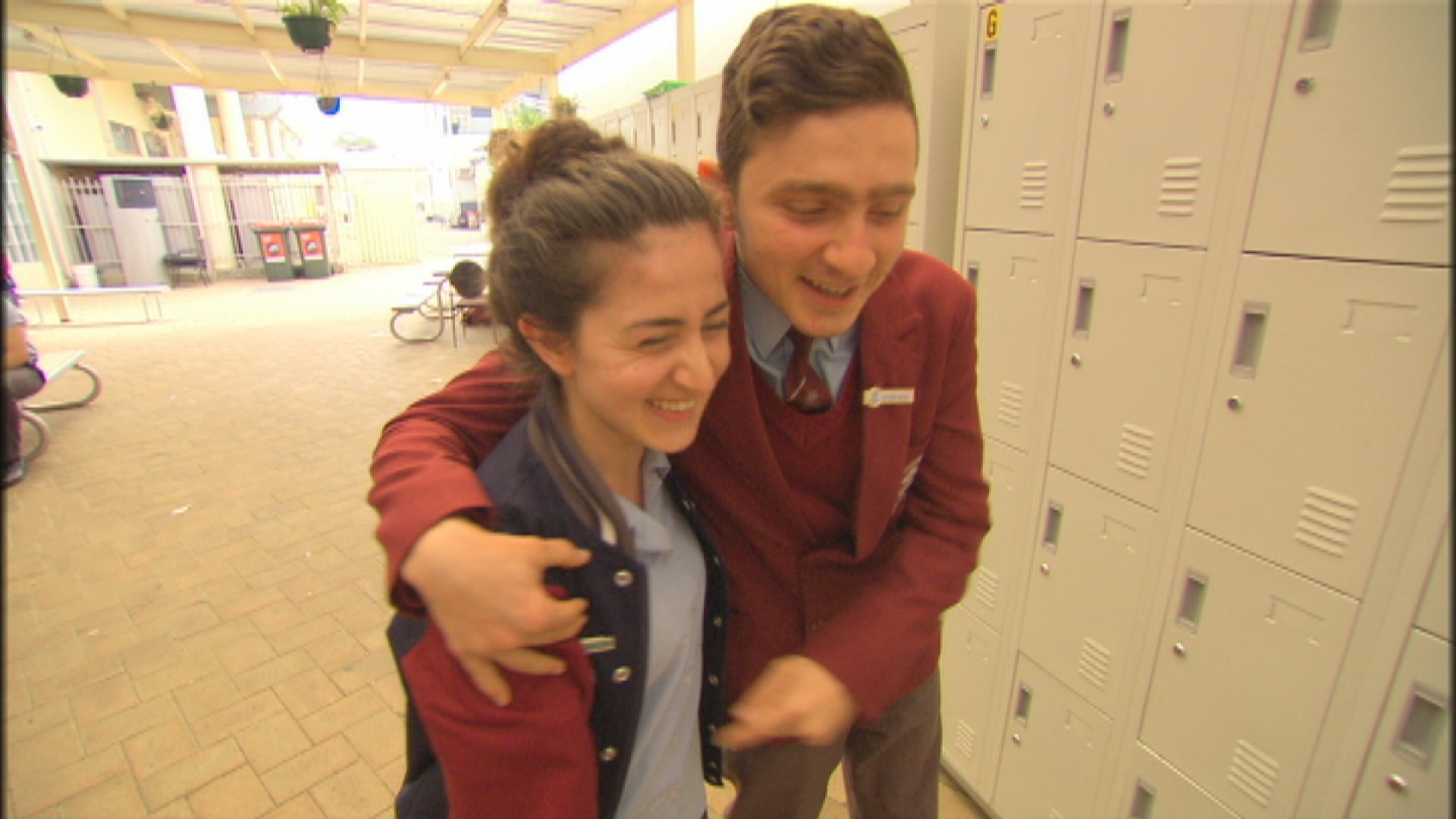 Iraqi born siblings, Maryam and Miron Alwakeel are among the refugees at the top of their class.
SBS

Associate Professor Nina Burridge is from the University of Technology Sydney's Education Program.

She says new refugees can perform better academically if they're placed in a familiar setting but believes cross-cultural exchanges are also important.

"You find that a lot of these schools are actually centred in the west parts of Sydney so for education benefit what I would like to see is much more cultural exchange between these communities," she says.

Ms Burridge cites a program set up by the state government in the wake of the Cronulla riots.

"For schools in that area, the government funded a number of exchange programs between schools in Western Sydney and they actually had cultural exchanges.

"I'd love to have a program to have where schools in the western region, even in Muslim schools go to the northern beaches, which has some Christian schools but not a great deal of diversity."

According to the 2016 Census, there are almost 12,000 Assyrian Church of the East Christians in Australia.

That is a 35 per cent increase over the past five years.

To meet the growing demands of the community, plans for another St Hurmizd campus are in motion, with the second school set to open in 2019.

"Ten years ago when the high school started, the Archbishop started a plan to build a state of the art high school," says school counsellor, Raman Youkhanis.

The students, who have been placed at a temporary campus, will make the move there in December.

"And so we’re thinking if they can perform amazingly in this environment, only God knows how much more we can expect for them when we settle in that new [campus]."

The official opening is marked for January next year.