For months, arts communities across the country have been calling for more support. In regional centres, both amateur and professional artists have been hard hit by the coronavirus pandemic.

The widespread devastation caused by COVID-19 has impacted communities across Australia, with the arts sector hit particularly hard.

The pandemic forced exhibitions to be closed and performances cancelled, with many artists not qualifying for government subsidies.

Several have been unable to qualify for JobKeeper and the federal government’s new $250m relief package has been criticised by some in the arts sector for being too limited in scope.

The Naidu Performing Arts Company, which is based on the NSW north coast, was one such company to largely miss out.

Director Jade Naidu says only two of her 15 staff were able to qualify for JobKeeper, with the virus striking just months after she took over the Woolgoolga Arts Studio – a staple in the Coffs Coast community. Her students range between the ages of three and 80, with her company also writing and producing local musicals. But the area was placed in lockdown along with the rest of the country just has her venture was starting to thrive.

“One of the most difficult things that we’ve had to go through was taking over a 20-year-old business that was flourishing, and rebranding it. And the first three months was amazing,” she told SBS News.

“And from there it was a matter of digging deep and really getting my team tight together, and figuring out which way we were going to go with how to keep the business going and the studio alive, and keeping our students engaged.”

But through the struggles, their creativity has shone through. The company developed an app to continue lessons, which included video tutorials to help students practice from home.

Another innovation which has proven successful was their so-called ‘Couch Concerts’, an online variety show featuring a collection of works from local artists and students produced every fortnight.

Performers rehearse ahead of their contribution to 'Couch Concerts'.
SBS News/Omar Dehen

“I think it’s been really great for them to express themselves in this time. There’s actually this famous quote that I really love ... 'the theatre can save you, even if it’s for three hours'," Ms Naidu says.

“The theatre in Coffs Harbour plays such a huge role in our community for performing arts and singers and musicians alike, so once the theatre closed down we all felt that there was this huge hole and an opportunity for people to still perform and display their work.”

The Couch Concerts have seen more than 50 contributors, with up to 300 people viewing the performances at a time. No bookings since March: These are Australia's last industries to return to work

“It’s really good to have the platform to do it, especially in these times,” said 18-year-old musical theatre student Matthew Dorahy. “It means everything to me. I really love to do it. It’s nice to have a stage in your house. It’s awesome.”

One of 12-year-old Makaylah Beatty’s contributions to the concerts was a performance with her friends of the Journey song ‘Don’t Stop Believing’.

“I feel like arts is a bit overlooked, for like, sports and stuff, because that’s more focused on,” she said.

“But arts, I reckon, is just as important as sports.” 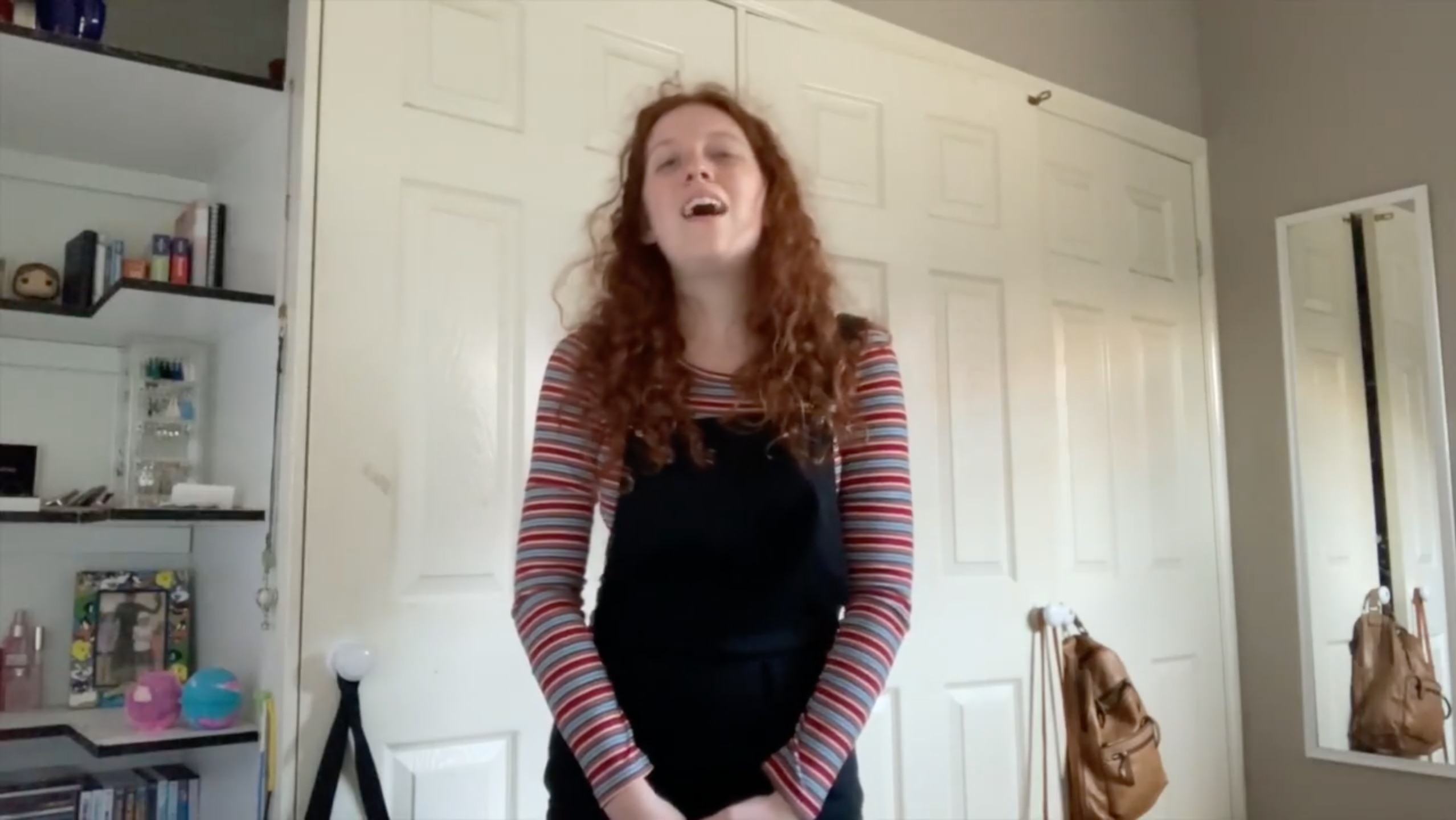 A screenshot from a Couch Concerts performance.
Supplied

The nationwide slowdown to the arts has seen the cancellation of two exhibitions for Woolgoolga sculptor John Van Der Kolk, whose eclectic range of wooden and metallic pieces cover the walls of his workshop.

But he has been keeping busy and he's fortunate to already have several large commissions to work on including a collaboration with local Indigenous weavers; a whale for the hospital in Macksville.

“There’s been attempts at having online exhibitions. As a sculptor, it certainly doesn’t work ... mine is the whole visual, three-dimensional, hands-on sort of thing,” he said.

“On the upside of it, it allows you the time to be creative, to contemplate what it is you do and devote more time, because all of a sudden there’s this big blank block of time in front of you, and most creatives can amuse themselves.” But the future of the arts in the region is somewhat in jeopardy, with the NSW Government’s draft plan for the Coffs region, released last week, excluding the arts entirely.

The draft plan acts as a blueprint for the state to set its funding in the region over the next 16 years. Ms Naidu says the arts were included in the previous plan.

“To take away their funding for the next 16 years is going to be a difficult climate for people to live in, if that is the case.” Ms Naidu is calling for greater local support for the arts and says it is essential for many Australians.

“The arts are so important for the future, for our younger generations, for their mental, emotional and physical wellbeing, their health, their creative outlet,” she said.