The commitment by eight peak sporting bodies to support the wider inclusion of trans and gender diverse people has been hailed as a world first. "Sport is for everyone... Sport is a fundamental human right and these national sporting bodies are ensuring that participation is a reality for the trans and gender-diverse community."

Roxy Tickle is one of the athletes the program is bringing into the fold.

Now 50 years old, she has undergone four years of medical and hormonal treatments.

Having completed that personal journey, Ms Tickle is re-discovering her love of hockey, a sport she last experienced as a man back in her twenties.

The initiative has also won the support of former Australia cricketer Alex Blackwell and former NRL player Ian Roberts, who are co-patrons of the project. Mr Roberts suffered much homophobic abuse while playing Rugby League and he said he is more than happy to support the transgender community today.

"These people are suffering and they shouldn't be suffering. We're all family, we're all this big rainbow family.

"It's not LBGTQI, it's our community this is, and we're all part of the community. And trans and gender-diverse people are part of it."

Inspired by the community building, Touch Football Australia said it is considering launching a Pride Cup, which will include transgender players.

The idea is being borrowed from Rugby Union's Bingham Cup, an international tournament for gay players that has grown into one of the largest rugby tournaments in the world.

We were at the Pride in Sport awards dinner last night and we've got to be better in that space," Touch Football Australia CEO Jamie O'Connor said.

"I had our commercial manager with me at the time and I've sent him away to start having some conversations around how we might get a Pride Cup for touch football up and running in 2021."

Beau Newell is hoping the co-ordinated push for wider acceptance will keep growing. 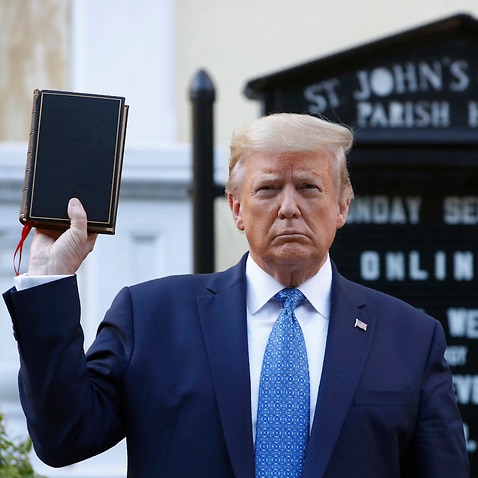 As the US marks Pride Month, the Trump administration moves to erase transgender health care protections

"We're seeing those eight sports launch their respective governance as well as the additional 13 sporting organisations that have committed to working on their guidelines moving forward. It's groundbreaking. It's a world first."

There does remain some opposition to transgender athletes playing in female sport, mainly from a safety perspective.

Transgender Aussie rules player Hannah Mouncey was barred and subsequently gave up on competing in the AFLW two years ago.

But Ms Tickle believes most people have a more open attitude to people like her playing sport.

"They are the minority. Today there's people from corporate Australia, people from the national sporting organisations, who are saying loud and clear, trans and gender-diverse people should be playing sport. It is good for them. It is good for everybody."