Taxi drivers fighting to survive the rise of ridesharing have welcomed an Australian Tax Office announcement expected to lift their income.

After 22 years behind the wheel, Sydney taxi driver and father-of-three Tomas Danquah says he can barely feed his family.

"In recent years, my income has been slashed and I cannot make a living with what I am taking. It’s only $500-600 a week, it’s never enough" Mr Danquah told SBS's Small Business Secrets.

"Some weeks I pay to rent this taxi out of my savings.”

“In all my 22 years of driving a taxi, I’ve never seen anything like this before. This is the worst, worst situation as a taxi driver.” He arrived in Perth in 1993 and later moved to Sydney to work as a freight clerk. When that job ended, he began driving taxis.

Now, like thousands of other drivers, Mr Danquah sometimes doesn’t take enough fares in one day to cover the daily rent on his hired taxi. 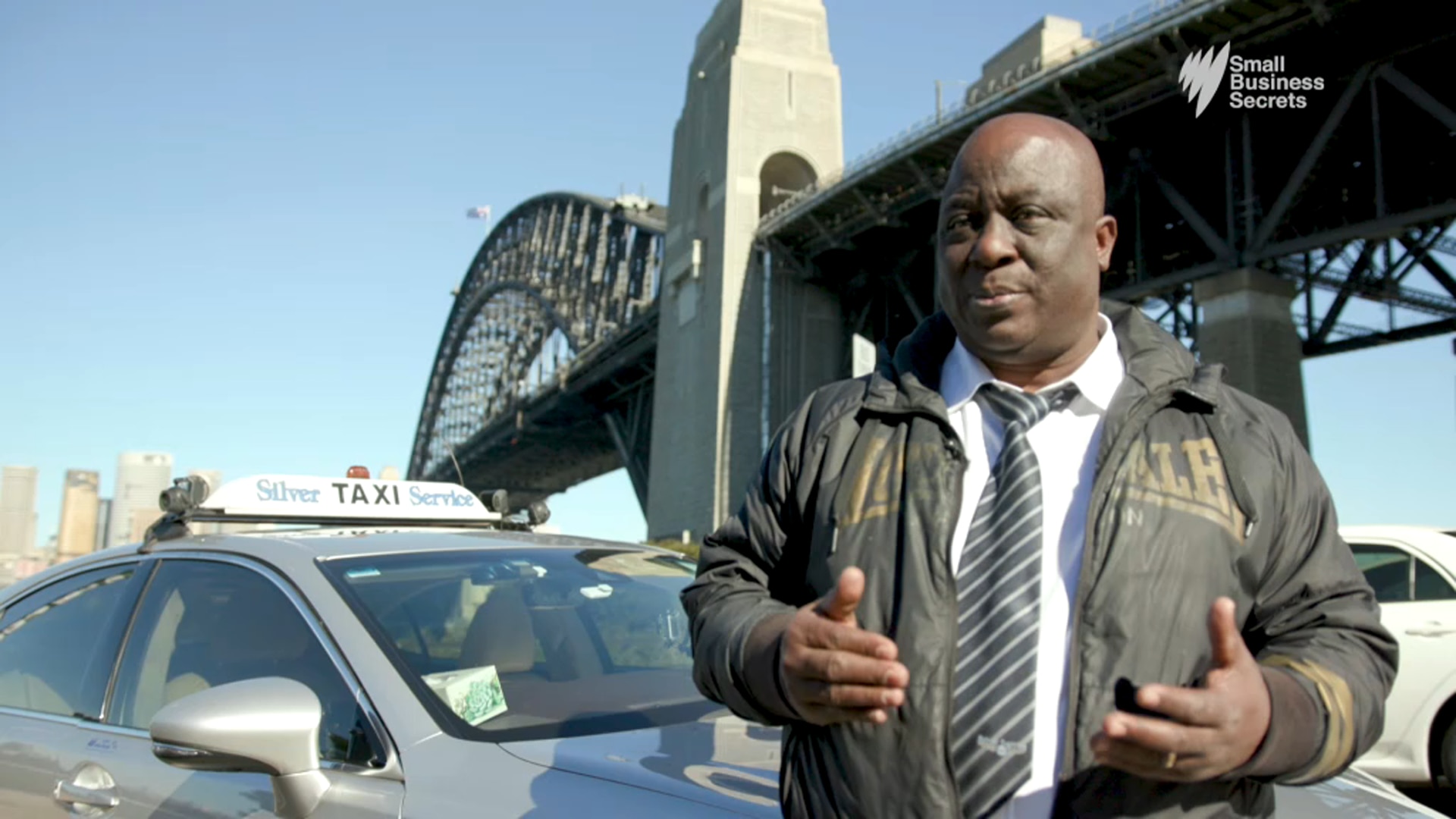 Mr Danquah feels at his age, he is unable to change careers.
Small Business Secrets

“All these people driving taxis are migrants, and most of them are elderly people - they are above an age where they can find any other job,” he said.

“All the drivers are complaining and people are financially distressed.”

The Australian Tax Office (ATO) has confirmed that this financial year Australian businesses won’t have to pay Fringe Benefits Tax (FBT) - a charge on perks for employees - for work-related travel using licensed taxis.

The ATO says the exemption doesn’t cover ridesharing, which means businesses are more likely to book a licensed taxi to send staff to a meeting or conference. “It’s a small but positive step and we support it,” said Bankstown chartered accountant Hamid Saroha.

His business represents more than 1,000 Sydney taxi drivers, and more than 80 per cent of those are migrants.

“It will have an impact on drivers' income, and something is better than nothing,” Mr Saroha said.

Many drivers and operators have left the industry in recent years due to falling revenue.

Saad ‘Bobby’ Malik, a former taxi driver and now operator of a taxi business in Marrickville, Sydney, migrated to Australia from Pakistan.

The 53-year-old says many drivers struggle to meet their mortgage payments and in recent years, some have lost their homes. 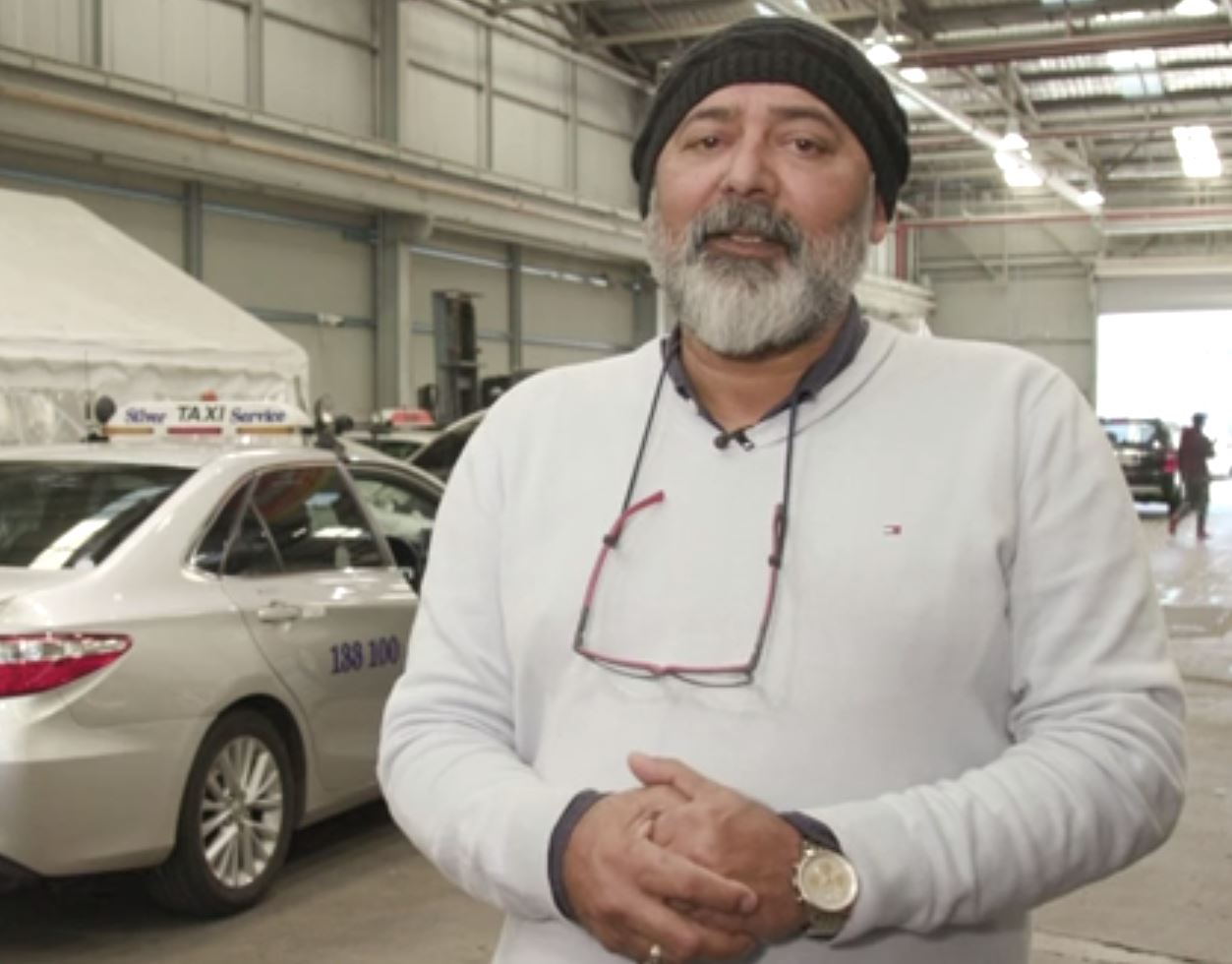 Many Syndey drivers blame the rise of ridesharing and the decline of nightlife in the city as a result of strict lockout laws.

“Sydney’s taxi industry was one of the best in the world, and now, how long are we going to last?" Mr Malik said.

“If you sit here at the depot, of every 10 drivers who come in, two or three are depressed.”

Of every 10 drivers who come in, two or three are depressed.

“They are very upset drivers, very disappointed, very emotional old plate owners. You talk to them and some of them end up crying.”

Most of the 450 drivers who work for Mr Malik are migrants, he said.

"What are they going to do? They are stuck.”

“I reckon we should be treated fair, this is the Australian way.” State governments have paid various compensation packages to drivers whose income has fallen.

But some drivers who bought taxi licence plates for hundreds of thousands of dollars have recouped only a fraction of the cost, with many losing their retirement funds.

“So all of a sudden their world disappears and they cannot make money to feed their kids, and pay their bills,” Mr Malik said.

“I have no superannuation, what I earn each week is all I have,” driver Mr Danquah said. A class action against ridesharing operator Uber, made by more than 6,000 drivers and licence owners from across four states, is currently underway in Victoria’s Supreme Court.

Uber did not respond to a request for comment from Small Business Secrets.

Earlier this month, a spokeswoman for Uber told the ABC the company was disappointed Uber and other ride-sourcing cars would not be classed as taxis for the purposes of FBT exemptions.

"While it is disappointing that the ATO has decided not to proceed with a practical guidance note in this case, we are working closely with the ATO to address this inconsistency," she said.

"Delivering this would ease the burden for Australian taxpayers and level the playing field between a taxi and all rideshare."