Australia is concerned about saving its economy while the Pacific is fighting to save its people, Tuvalu's prime minister has declared.

Despite the assertion, Enele Sopoaga softened his tone towards Australia on Friday after earlier criticising its part in negotiations at the Pacific Islands Forum in Tuvalu.

Leaders agreed to a final communique and a statement on climate change, although a declaration by smaller island states wasn't held up.

"We stressed very strongly during our exchange, in fact, between me and Scott (Morrison), that you are concerned about saving your economy in your situation," he told reporters. 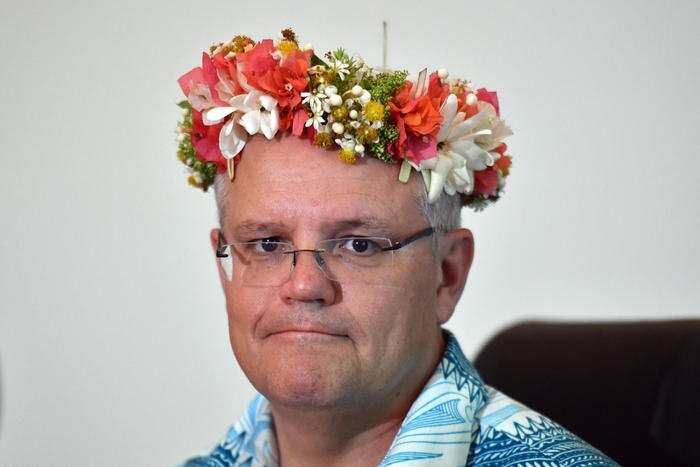 "I'm concerned about saving my people in Tuvalu and likewise the leaders of other South Pacific small island countries."

Mr Sopoaga said language during negotiations became "flary" but insisted he was "very happy" with the result.

The communique calls on G7 and G20 members to "rapidly implement their commitment to phase out inefficient fossil fuel subsidies".

Australia's tough approach to the negotiations drew ire from some participants, but Mr Sopoaga said the Pacific did not "bow down" to its large neighbour. 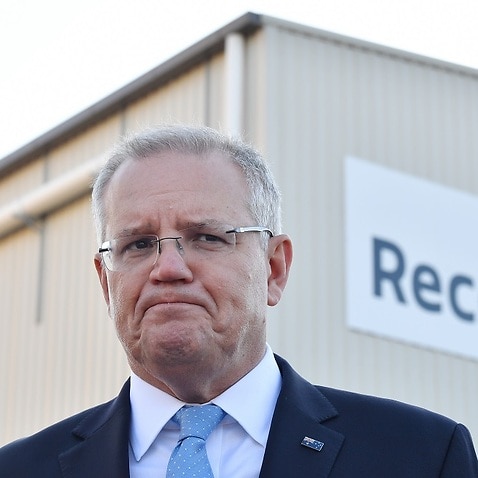 The final communique reaffirms climate change as the single greatest threat to the livelihoods, security and wellbeing of people in the Pacific, but doesn't refer to a "climate crisis".

Leaders also agreed to seek to limit global warming to 1.5 degrees above pre-industrial levels as set out in the Paris Agreement.

During negotiations Mr Morrison briefed the other leaders on his government's climate achievement, claiming they were surprised about Australia's emissions reductions.

"That's not a message they've been reading about out of Australia," he told reporters prior to jetting off from Tuvalu.

Mr Sopoaga said Tongan leader Samuela 'Akilisi' Pohiva was reduced to tears during the talks while recounting tales of young Tuvaluans who fear losing their home from extreme weather. But New Zealand prime minister Jacinda Ardern said she had not seen the statement, so could therefore not agree to it.

The statement on climate change makes replenishing the UN's Green Climate Fund an option but doesn't call for its prompt replenishment as the statement from smaller states did. Mr Morrison was adamant about not supporting the Green Climate Fund, saying he would instead deal directly with the region.

The forum formally ended on Friday after a meeting of dialogue partners including the US, China and Taiwan.

Acting Labor leader Richard Marles said the Australian government had a "huge credibility gap" when it came to talking to Pacific nations about climate action.

"In the Pacific, climate change is an existential issue," he said.