Australia is set to begin reopening international borders next month

Australians and permanent residents will be able to leave and re-enter the country, undergoing seven-day home quarantine on their return. 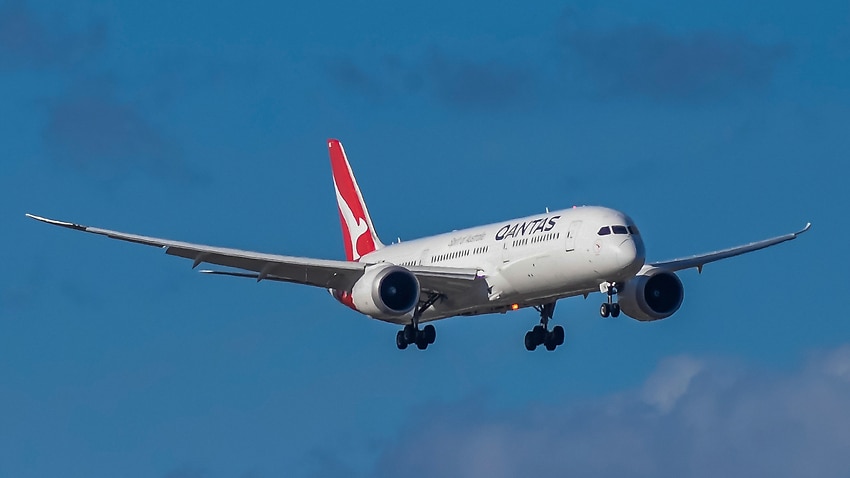 Australia is set to begin reopening international borders in November, bringing an end to people having to seek government permission to leave the country.

The federal government has confirmed the return of overseas travel will come as states and territories hit the 80 per cent double dosed vaccination target.

Prime Minister Scott Morrison said people who wanted to travel overseas would have to access an internationally recognised proof of vaccination document in the coming weeks.

"Australia will be ready for take-off very soon," he told reporters on Friday.

"It's time to give Australians their lives back."

The reopening will centre on the adoption of seven-day home quarantine for fully vaccinated Australians and permanent residents, which will be implemented following trials in NSW and South Australia.

Those unvaccinated or with a jab not approved or recognised by Australia's Therapeutic Goods Administration seeking to return to Australia would continue to undergo 14-days quarantine in a hotel or managed facility.

The changes would mean there will be no travel restrictions for fully vaccinated individuals entering or leaving the country.

But the government says further decisions on reopening international travel to foreign nationals such as visa holders and unvaccinated Australians were still being considered.

The nation's borders were shut in March last year to all non-citizens and non-residents, with Australian citizens and permanent residents required to secure a government-issued exemption to travel abroad.

It has caused mass disruption for those with families overseas and Australians seeking to return home, who have faced quarantine caps on incoming travellers.

Mr Morrison has also announced that the TGA had advised the Sinovac and Covishield shots should be considered as "recognised vaccines" for the purpose of determining incoming international travellers as being appropriately vaccinated.

Those fully vaccinated will be able to travel freely to countries abroad, subject to travel advice from the Department of Foreign Affairs.

"You can go where you want to go but that is subject only to the normal restrictions," Mr Morrison said.

The federal government has also indicated it will continue to pursue travel lanes with countries such as New Zealand and Singapore, as well as those in the South Pacific, which would not require quarantine.

Australian citizens and permanent residents who cannot be vaccinated because they are under 12 or have a medical condition would also be treated as vaccinated for the purpose of their travel.

States and territories are expected to begin their home quarantine programs at different times depending on their vaccination rates.

About 40,000 Australians overseas have registered with the Department of Foreign Affairs as wanting to return home on government repatriation flights.

Mr Morrison said the government would offer facilitated flights for Australians overseas into states and territories that agree to commence home quarantine.

"The trigger to enable people to leave and come back and lift those caps - that will be a function of home quarantine being in force and at scale," he said.