Treasurer Josh Frydenberg says the planned reforms are the biggest in the payments sector of the financial system since EFTPOS replaced cheques. 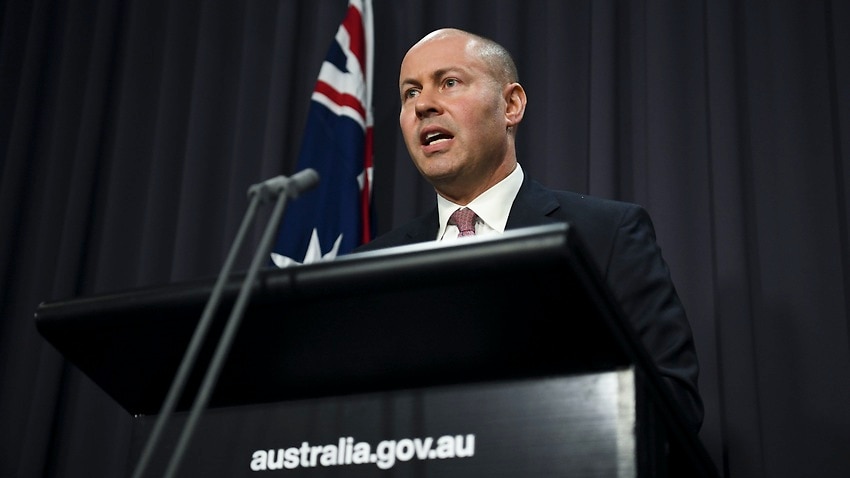 Treasurer Josh Frydenberg says the reforms are the biggest changes in the landscape in 25 years. Source: AAP

Treasurer Josh Frydenberg has announced plans for tougher regulation of non-cash payment systems such as cryptocurrency and buy-now-pay-later (BNPL) services like Afterpay.

He labelled the reforms as the biggest in the payments sector of the financial system since EFTPOS replaced cheques 25 years ago.

"Digital disruption is everywhere in the financial services sector," he said in an address to the Australia Israel Chamber of Commerce on Wednesday.

He said the reform responds to the greater uptake of non-cash payment systems, such as cryptocurrency.

"I want to make the rules here in Australia. I don't want the rules for our payment system being set in Silicon Valley," he told business leaders.

The uptake of non-cash payments has surged over the years through digital technologies, with 55 million daily transactions in Australia worth $650 billion.

This includes the use of mobile phones as a digital wallet through Google Pay and Apple Pay, as well as BNPL arrangements.

Half of Australians use their phone to make payments through digital wallets such as Google Pay and Apple Pay.

The Australian Tax Office said more than 819,000 Australians have owned cryptocurrency in the last three years with an increase of 63 per cent from 2020 to 2021.

Businesses who buy or sell cryptocurrency will be required to have an Australian Financial Services License (AFSL).

"We want consumers to have the certainty and the integrity that when they are engaging in this trade - that the intermediaries, the parties that they're dealing with, have that AFSL — that licence; and therefore that oversight."

Central banks around the world, beginning with China's in April, have responded to the growth in cryptocurrencies by issuing their own digital currency — backed by the institution.

Even though the Reserve Bank has been muted about the possibility of it creating a digital currency to respond to the demand for cryptocurrency, Mr Frydenberg said the idea is under active consideration.

"But Australia would be one of the first globally to take such action.

"There are more 220 million people around the world who are trading cryptocurrencies - and it is worth more than 2 trillion. This area is not going away."

He will be seeking feedback and consultation in the new year to develop "a regulatory framework that is fit-for-purpose".

The days when cheques and cash were the predominant forms of payment in Australia are gone. In 1980, cheques made up 85 per cent of non-cash payments. Today, that figure is 0.2 per cent.

A decade ago, cash accounted for more than two-thirds of financial transactions. Today, that is less than a third.

Financial Counselling Australia CEO Fiona Guthrie welcomed the move to recognise BNPL arrangements as a payment system that should be subject to greater government regulation.

Measures being considered by Mr Frydenberg include the mandatory disclosure of hidden fees.

"We will be able to create greater transparency around prices, and we will be to ensure a more level playing field for access to new entrants," he said, adding the government is also aiming to attract fintech companies to Australia to create more competition.

Ms Guthrie said the regulation is urgently needed, with one in four Australians having a BNPL account.

"Financial counsellors would say that buy-now-pay-later would be a particularly dangerous product if you're on a low income because it can look very enticing spreading payments over a couple of weeks or a couple of months.

"But if you don't have the income in the first place, all you're doing is deferring that payment. And that is why we're seeing so many people becoming overcommitted."

Financial Counselling Australia in its annual survey found a sharp rise in the people seeking help from financial counsellors over BNPL schemes.

Of the financial counsellors surveyed, 84 per cent said that half, most or all of their clients had BNPL debt at the time of the survey. That compares to just 31 per cent of counsellors who reported that situation from the previous year.

Over the three years to 2018, the number of Australians using BNPL in Australia skyrocketed from 400,000 to 2 million.

Cryptocurrency researcher and ANU College of Law Associate Professor Philippa Ryan said a number of regulations already exist to govern the operation of cryptocurrency exchanges, however the challenge remains with enforcement.

She said having the cryptocurrency exchange operators in Australia subject to the same obligations that attach to those who give financial advice would be a step forward.

"Then we're talking about having to comply with annual reporting regulations, and if they are going to collapse - it will only be as a result of that previous year's activity."

There was an increase of 63 per cent in the number of Australians owning cryptocurrency from 2020 to 2021. Source: AAP

Dr Ryan said she believes the actual number of Australians who are victims of cryptocurrency scams is much higher than the reported figures.

"One of the most vulnerable quarters of our society and our community here in Australia is people who are just trying to get ahead - and a drawn in by someone within their own communities by word of mouth.

"I think it is often just missed that it is very embarrassing for them - and creates a huge amount of shame that if the small amount that has been invested is lost - and maybe they're not reporting it."

The Australian Competition and Consumer Commission said losses experienced by Australians from investment scams is set to reach $140 million for the 12 months of 2021.

There was a 53.4 per cent rise in the first six months of 2021, compared to the same period the previous year.

Cryptocurrency was the most commonly reported type of investment scam, with 2,240 reports made in the first half of 2021.

The ACCC said losses to investment scams involving Bitcoin reached $25.7 million in mid-2021, compared to $17.8 million across all of 2020 — the equivalent of a 44 per cent increase.

She welcomed the possibility of Reserve Bank-backed digital currency, adding it is needed to prevent fintech developers from heading overseas.

But she said trust would be the key metric in stopping more losses over cryptocurrency scams, hacks and exchange collapses.

"How do we introduce professionalism and trustworthiness into a whole new corner of the economy that is so lively and interesting and that has potential to fuel other fintech projects?

"Trustworthiness and professionalism is key. You put their [exchange operators] interests after those of the regulator and society at large. [And as an adviser] you don't put your interests before the interests of your client.

"Once we can introduce that kind of professionalism into all things finance - then we move forward."