EXCLUSIVE: A group of about 22 refugees flies from Nauru to Los Angeles under the controversial Australian-US refugee deal, which has so far resettled about 100 refugees from Manus Island and Nauru.

Several details of the flight were corroborated by two refugees on the island.

American and Australian authorities were reluctant to confirm any of the details of the transfers ahead of time, saying only that they would take place in “the coming weeks". 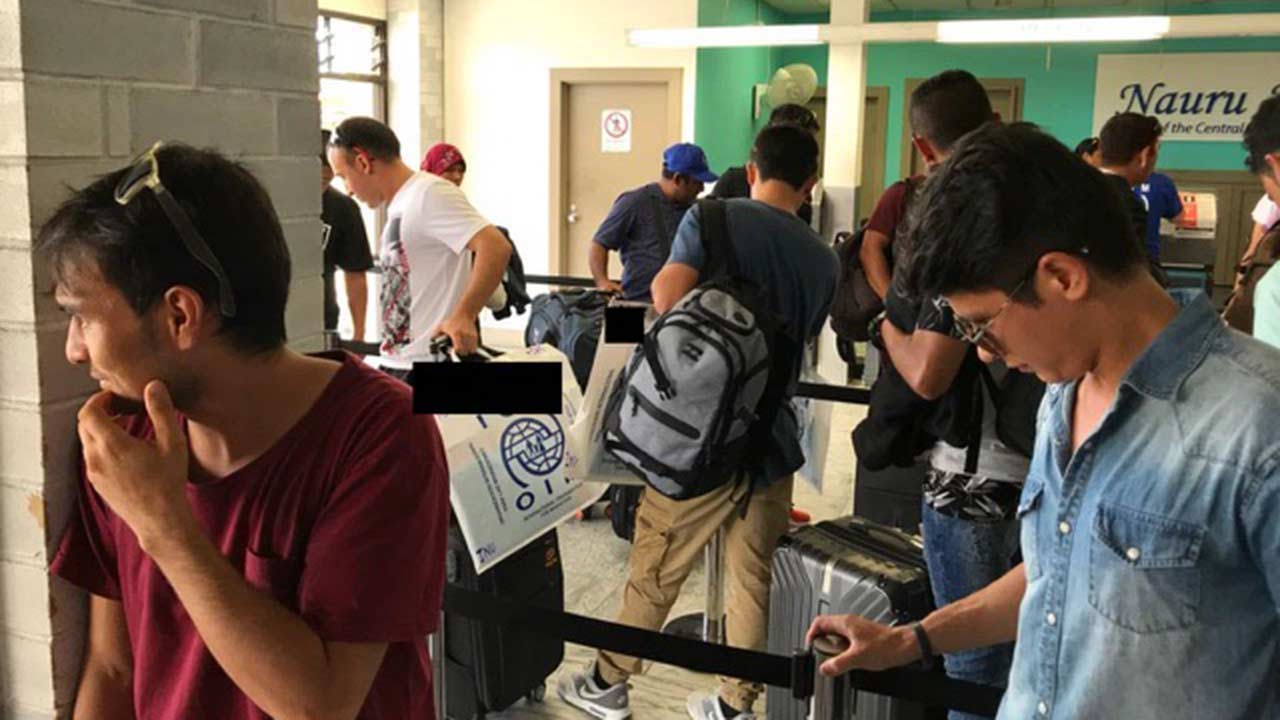 It's farewell to Nauru for these refugees, who are being resettled in the US.
Supplied

Mr Rintoul expects 130 refugees to be transferred in the current cohort, though more than 1,000 still remain on Manus and Nauru.

For those set to leave, and those who will be left behind, it was a bittersweet moment.

A teenage refugee whose school friend was due to leave told SBS News that he was happy for his friend, but "I will miss him". He hopes to be transferred soon himself.

Mr Rintoul said transferred refugees have had a mixed experience in the United States so far.

“Some have a lot of difficulties. They don’t know people, there’s no community, it can be a very alien environment,” he told SBS News.

“For others it doesn’t bother them so much, they initially have problems but then they get out there and make connections.” One Iranian refugee told SBS News that his new life in America was a “rebirth” for him.

Refugees from Nauru will be resettled in locations across the United States, and will be met at the airport by contracted resettlement agencies who will provide 90-days of basic support.

After spending more than four-and-a-half years on Manus and Nauru, the US transfers are a welcome development for many refugees and their supporters, but the slow pace and lack of information has frustrated many.

Mr Rintoul says that a particular concern is the status of refugees who fear they have been caught up in US President Donald Trump’s controversial policy of bans and ‘extreme vetting’ for certain nationalities.

“Of all the 130 that are going this month there are no Iranians, no Somalis and no Sudanese amongst them,” he told SBS News.

“The last two weeks there have been protests by the Iranians on Nauru to get answers about the delays."

Conditions on Nauru have been in the spotlight in recent weeks, with revelations that the Federal Court ordered that a girl younger than 12 had to be brought to Australia because she was at “extreme risk” of self-harm.

This week AAP also revealed that Australian taxpayer funded facilities were “rotting from the inside out.”