The federal government says consular assistance is being provided to "a number of Australians".

Foreign Minister Marise Payne says the government has called in Myanmar's Ambassador over reports of Australians being detained following this week's military coup.

It came as Australian citizen Sean Turnell, an economic adviser to ousted leader Aung San Suu Kyi, said on Saturday he was being detained by Myanmar's military.

"I'm just being detained at the moment and perhaps charged with something," he told the BBC.

"I don't know what that would be - could be anything at all, of course. Everyone is being very polite, but obviously I'm not free to move or anything like that."

It comes days after Ms Suu Kyi's own detention during an early morning raid. She faces two years in jail for the possession of illegally imported walkie-talkies, a charge dismissed as absurd by human rights groups. 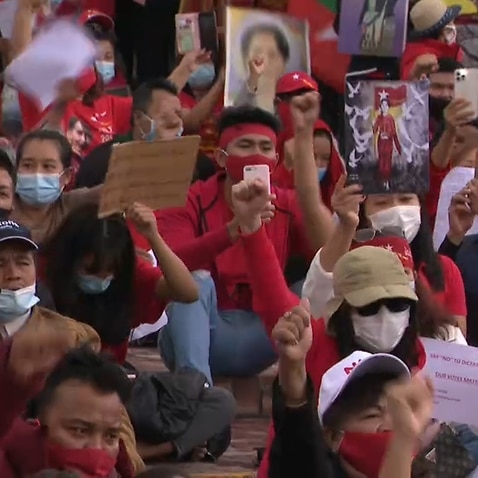 Senator Payne said on Saturday night that consular assistance was being provided to "a number of Australians".

"In particular, we have serious concerns about an Australian who has been detained at a police station," she said.

"We have called in the Myanmar Ambassador and registered the Australian Government’s deep concern about these events.

"The Australian Embassy in Yangon continues to contact Australians in Myanmar to ascertain their safety, to the extent that communications allow."

Earlier, Mr Turnell sent a message to the Reuters news agency just as he said he was being detained.

"I guess you will soon hear of it, but I am being detained. [I'm] being charged with something, but not sure what. I am fine and strong, and not guilty of anything," he said, with a smile emoji.

It was the first reported arrest of a foreign national in Myanmar since the army generals seized power on Monday alleging fraud in the 8 November election that Ms Suu Kyi's National League for Democracy (NLD) won in a landslide.

Mr Turnell has been living in Myanmar's capital, Naypyidaw, since 2017, working as the director of the Myanmar Development Institute.

He earlier this week posted on social media, thanking people for getting in touch to ensure his safety following the coup.

"Thanks everyone for your concern yesterday. Safe for now but heartbroken for what all this means for the people of Myanmar," he wrote in a message on Twitter.

Thanks everyone for your concern yesterday. Safe for now but heartbroken for what all this means for the people of Myanmar. The bravest, kindest people I know. They deserve so much better. pic.twitter.com/RA2YvCOEF7

Myanmar saw its largest anti-coup protests yet on Saturday. Around 3,000 people gathered near Yangon University, despite a nationwide internet blackout aimed at stifling a growing chorus of popular dissent. 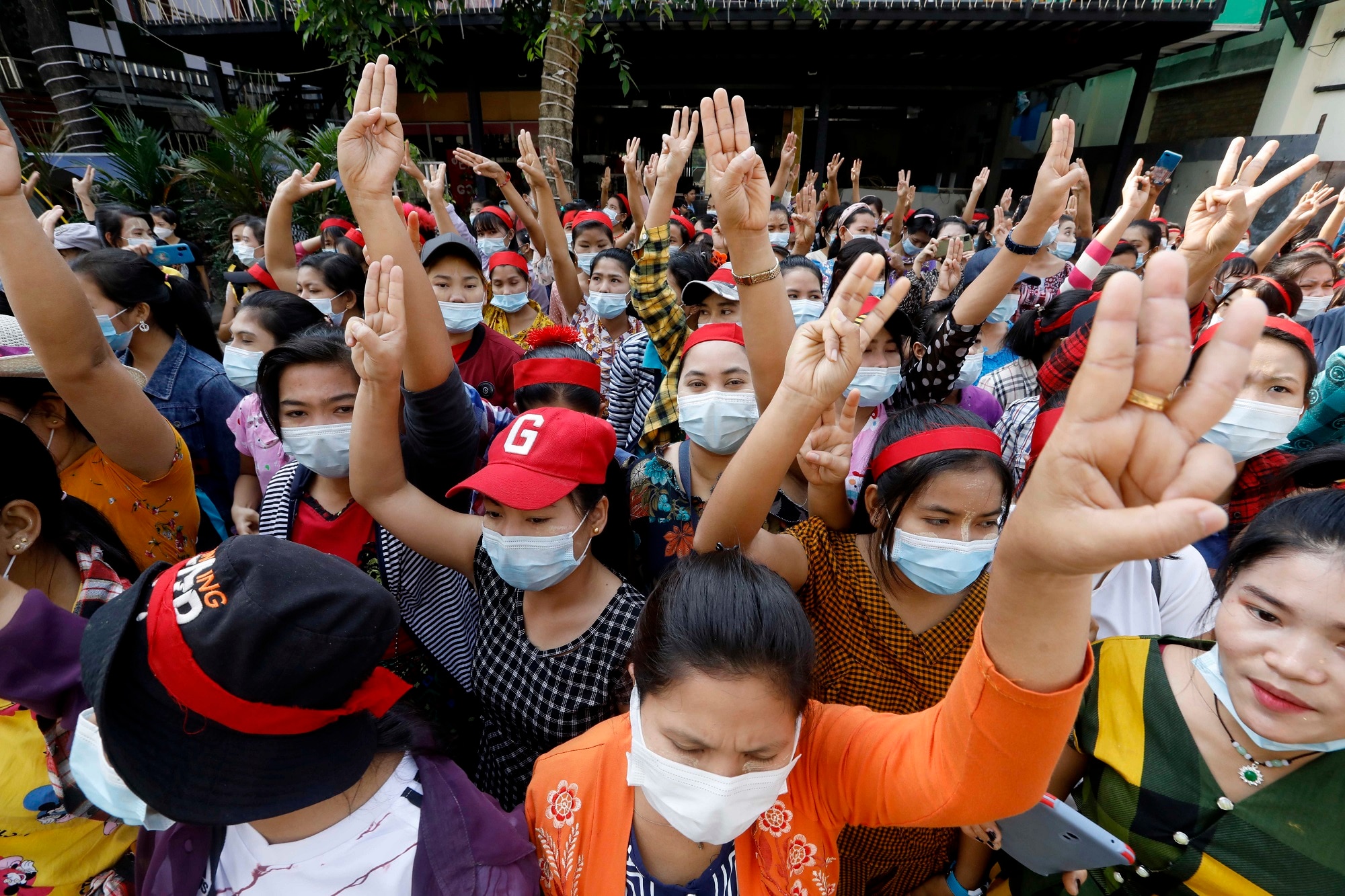 Protesters demonstrate against the military coup in Yangon, Myanmar.
AAP

"We couldn’t keep silent and sit in our homes. We would like to show the world and the public in Australia that this is what is happening. We don’t accept the illegal use of force taking the power from the people," Simon Sang Hre told SBS News.

International pressure on the junta is increasing, with the UN Security Council urging the release of detainees and US considering sanctions on the ruling generals.

UN Myanmar envoy Christine Schraner Burgener strongly condemned the military’s actions in a call with the country’s deputy military chief Soe Win and called for the immediate release of all those detained, a UN spokesman said on Friday.

The leaders of Indonesia and Malaysia on Friday said they were seeking a special meeting of Southeast Asian nations to discuss the situation in Myanmar.

US Secretary of State Antony Blinken pressed China on the situation in Myanmar in a phone call on Friday - the first conversation between top officials of the two powers since President Joe Biden took office.

Mr Blinken "pressed China to join the international community in condemning the military coup in Burma", a State Department statement said of the call, using the former name of Myanmar.

China has long enjoyed a privileged relationship with Myanmar, supporting the junta that gave way to democracy a decade ago with US support.