Doctors around Australia have come to the defence of a Melbourne GP that treated patients while infected with COVID-19.

Australia's peak medical body has blasted Victoria's health minister for scolding a doctor who went to work with coronavirus symptoms.

The Australian Medical Association on Sunday also demanded a unified national approach and guidelines to COVID-19 to prevent states adopting their own policies.

Dr Chris Higgins, the father of singer Missy Higgins, tested positive to the infection after he had treated more than 70 patients while having what he thought was a mild cold.

He wants an apology from Jenny Mikakos over her comments on Saturday that she was "flabbergasted" a doctor with flu-like symptoms had continued to treat patients.

National association president Tony Bartone said Dr Higgins acted with informed clinical judgment to test himself despite not being required to under the guidelines.

"At the time that he returned to Australia, the guidelines did not require him to be tested," Dr Bartone said on Sunday.

"When he did have the test, he still not did need to be tested, and indeed ... those guidelines still do not require that anyone returning from the USA to be tested."

"I believe that an apology is appropriate in the circumstances," Dr Bartone said. 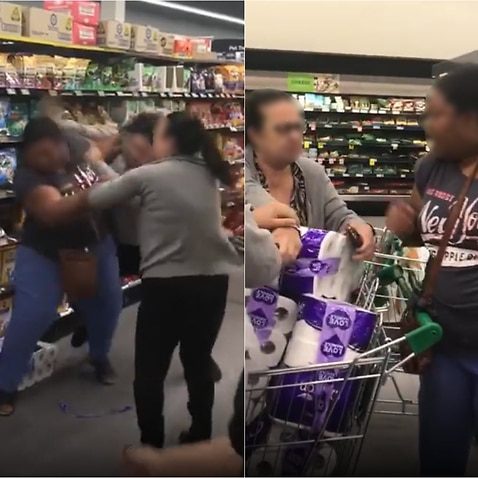 Dr Higgins hesitated to do the swab because he did not meet the testing criteria but decided on Thursday to do one, not imagining it would be positive.

"I believe you have taken a cheap opportunity for political grandstanding and would appreciate an apology," Dr Higgins posted online.

Instead of apologising, Ms Mikakos said everyone has to prevent the spread of the virus.

"We understand the pressure they (healthcare system workers) can feel to turn up to work when they are feeling unwell," she said in a statement on Sunday.

"All of us have a responsibility to do what we can to prevent the spread of this virus." Dr Higgins, aged in his 70s, had a mild cold after returning from the USA on 29 February which had almost resolved two days later, so he decided to go to work.

Dr Higgins, patients and staff at Melbourne's The Toorak Clinic are now self- isolating, along with two patients he visited at Malvern's Mecwacare nursing home.

A letter from GPs has also reportedly been sent to Ms Mikakos and federal Health Minister Greg Hunt.

Australia's governments are also being urged to step up action and provide uniform information on the coronavirus.

Dr Bartone said it is clear the message from the federal government and the states has been inconsistent.

"We've got to start acting as one if we're going to deal with this threat of COVID-19," Dr Bartone said.

The AMA also called on politicians to step back and let the Chief Medical Officer, Brendan Murphy, be the main voice of the country's response to stop confusing people.

"I think leadership from the chief medical officer is essential at this time and obviously he can direct and influence the decisions made by the chief health offices in respective states," Victorian AMA president, associate professor Julian Rait said.