One of the biggest races on the formula one's calendar has been cancelled after the Victorian government announced no spectators would be allowed to attend the event.

Officials have announced the cancellation of the Australian Grand Prix, two days before the race was set to go ahead in Melbourne.

The decision to call off the race, which draws crowds of up to 100,000 people, followed an announcement from Victorian Premier Daniel Andrews that spectators would be banned from the Albert Park race track on "public health grounds".

Some F1 fans were already waiting at the gates on Friday morning to watch practice sessions when they were informed of the cancellations. Race organisers say all ticket holders will receive a full refund. In a statement posted to social media on Friday morning, the governing body, Fédération Internationale de l'Automobile (FIA), said all activity for Sunday's Australian Grand Prix had been cancelled following an emergency meeting on Thursday evening.

"Those discussions concluded with a majority view of the teams that the race should not go ahead," the statement read.

"We appreciate this is very disappointing news for the thousands of fans due to attend the race and all ticket holders will receive a full refund and a further announcement will be communicated in due course."

The FIA said they had considered the efforts that had gone into the opening round of the World Championship competition, but said the safety of Formula One members and the wider community had to take priority.

Eight formula one team members had been tested for coronavirus but only one returned a positive result.

Plans for the event were thrown into chaos after a team member tested positive for COVID-19 on Thursday, leading to Britain's McLaren Racing team withdrawing from the race.

Six-time formula one champion Lewis Hamilton added to pressure to cancel the race when he said he was "shocked" that the event would be going ahead. "It seems like the rest of the world is reacting ... you see the NBA has been suspended yet formula one continues to go on - it's definitely concerning for me," he said during a press conference.

The cancellation comes amid a wider discussion over whether all mass-gatherings should be banned as a measure to slow the spread of the deadly virus within the Australian community.

In the United States, Broadway has been closed, the NBA season cancelled and the huge Coachella music festival postponed.

Meanwhile, in Australia, organisers announced the cancellation of Tasmania's Dark Mofo festival while debate continues over whether the Sydney Easter Show, NRL and AFL games and Anzac Day events should go ahead. 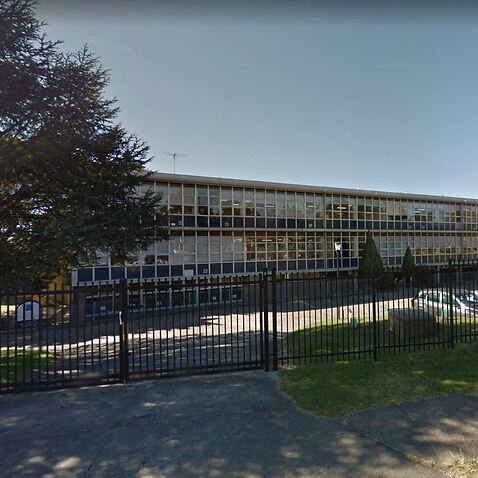 Katoomba High School in NSW closed due to coronavirus case

Shortly after the formula one announcement, Cricket Australia also said upcoming matches would be played in empty stadiums to limit the chances for COVID-19 to spread, but added that it would be "excessive" to cancel the games.

As of Thursday afternoon, at least 139 people had tested positive to the virus in Australia, including three people who had died.