Victoria's public sector employers will be required to set gender targets and report what they are doing to achieve them under Australian-first legislation.

Under legislation introduced to Victorian Parliament this week, more than 300 public sector employers covering more than 300,000 workers, including government departments, councils and emergency services, will have to prove they are "actively pursuing" gender equality targets.

If they fail to report adequate progress, they can be ordered to do so by the Victorian Civil and Administrative Appeals Tribunal. Moroccan Soup Bar founder Hana Assafiri, who sits on the Ministerial Council on Women's Equality, said the legislation is an Australian first.

"Victoria is leading the social conscience on capturing the changing sentiment towards women and uniting and leading the entire state," Ms Assafiri told SBS News.

Ms Assafiri, whose business employs 40 women, said governments across Australia had pledged to reduce violence against women, but that required action to address structural inequality.

"I think we've been too hollow on rhetoric and conversations and very little active structural change has happened that goes to the heart of the inequality which not only leaves women faring lesser, but also leaves them in positions where they are vulnerable to violence and legitimating those systems." 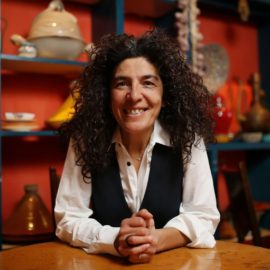 The legislation also requires agencies to consider the impact of other forms of discrimination such as racism and ageism on gender equality, rather than sexism in isolation.

"It's a Bill that has departed from looking at causes of oppression in a blinkered way, it's looking at the issues impacting women in an intersectional way and it's trying to speak to the most vulnerable and disadvantaged group of women," Ms Assafiri said.

Modelled on gender equality laws in place in Iceland, Norway and Finland, the legislation requires employers to show how they are addressing the gender pay gap, sexual harassment and achieving equality in career opportunities.

But it stops short of mandating quotas for female representation at senior levels.

"I think that they are a really important way of making progress happen," she said. While the private sector is not covered by the laws, some businesses that engage with government departments and agencies could be impacted.

Under the legislation, guidelines for procurement could be changed to require successful contractors to have gender equality plans.

"That would be really where the rubber hits the road," she said.

Ms Olaris hoped Victoria's legislation, set to be debated by the end of the year, would build momentum for national change to address the causes of violence against women.

"We know that everyday sexism that goes on in workplaces really can have significant impacts on women's health and being.

"It doesn't have to be single acts that are quite serious it can be the small everyday stuff that really whittles away at women's sense of confidence, their wellbeing and their health."