Advocates for women's football in Australia are celebrating news the country will co-host the 2023 FIFA World Cup and say it will cause young "girls to come out in droves" to play at grassroots level.

Shelley Christie rediscovered her love of football last year after suffering a stroke.

As a way of setting an example for her two daughters following her recovery, the 45-year-old mother of two signed up for Soccer Mums, a grassroots program bringing less-active Victorian mothers together for a friendly kick around.

Ms Christie lives in the seaside town of Mount Martha, around 70 kilometres south of Melbourne, and her football-mad daughter, Kendel, 9, plays for the local club.

“I decided I needed to do something to keep going and I needed to get my girls to see that you can keep going. So I went and registered, much to my husband’s dismay at the time, but it was the best thing I ever did,” she told SBS News.

“It really got me passionate again about football - and the best thing is that my daughter can see and share that passion.” The tournament will not only give the two countries sizeable economic boosts, but further enhance the growing profile of the women’s game there.

“It will make young Australian girls and New Zealand girls so excited about the opportunities that they might have in playing women's football,” Sports Minister Richard Colbeck said following Friday's early morning announcement of the tournament’s location.

Ms Christie stayed up to watch the announcement with her daughters.

“We just sort of went, wow, this is awesome. You could feel the passion from everybody and how excited everybody was - and I also think through what we've been through this year, it just gives everyone something to look forward to.”

“I think now it's just going to open up a whole new world for us and others. It’s going to be awesome for this country, and especially women’s football.” Australian players and fans are celebrating, but does hosting the FIFA World Cup in 2023 make financial sense?

Kasey Symons, from Swinburne University’s Sport Innovation Research Group, said she “shed a tear” upon hearing the news Australia would co-host the tournament.

“Unfortunately, because I didn't have the exposure to women’s football growing up, it wasn't something that was readily available in our media while I was young, and I feel like I have missed out on a lot,” she said.

“So I think the impact of having something like this on our home soil … is going to change a lot of that initial experience that I didn't get to have because women's football wasn't so promoted or readily accessible.”

'Where sport lives and thrives'

Dr Symons said the centring of female players and the women’s game in the national discussion will inspire more people to take up the game at grassroots level.

“These things will have flow-on effects that filter down to where sports really begins, and that's at the grassroots level. This is where sport lives and thrives, and [things down there] can also filter back up,” she said.

“So I think having something like this, here in Australia, and in New Zealand, it says there’s already amazing work being done at grassroots level in women's football in these two countries.

“An event like this helps put that work in the spotlight, shows its value, keep it going …and will further shape grassroots football participation interest.” Julie Ryan has been involved in grassroots football in Victoria for many years, and is currently, among other things, a Soccer Mums coach.

The program, an initiative of VicHealth and run by Football Victoria, has progressed to the stage where it is now delivered across 60 different locations across Victoria.

Ms Ryan said the combination of greater participation in grassroots women’s football and the co-hosting of the World Cup has the potential to create “a great legacy” for the game in Australia and will cause "girls to come out in droves".

“Programs like ours build up a really important gap by creating new role models and new norms for children in particular,” she said.

“If your first experience of football is going to training with your mum and you go home together after having trained, that … creates new norms around how you see women involved in sport as a whole.

“That's a great outcome and creates a great legacy for the game going forward.” 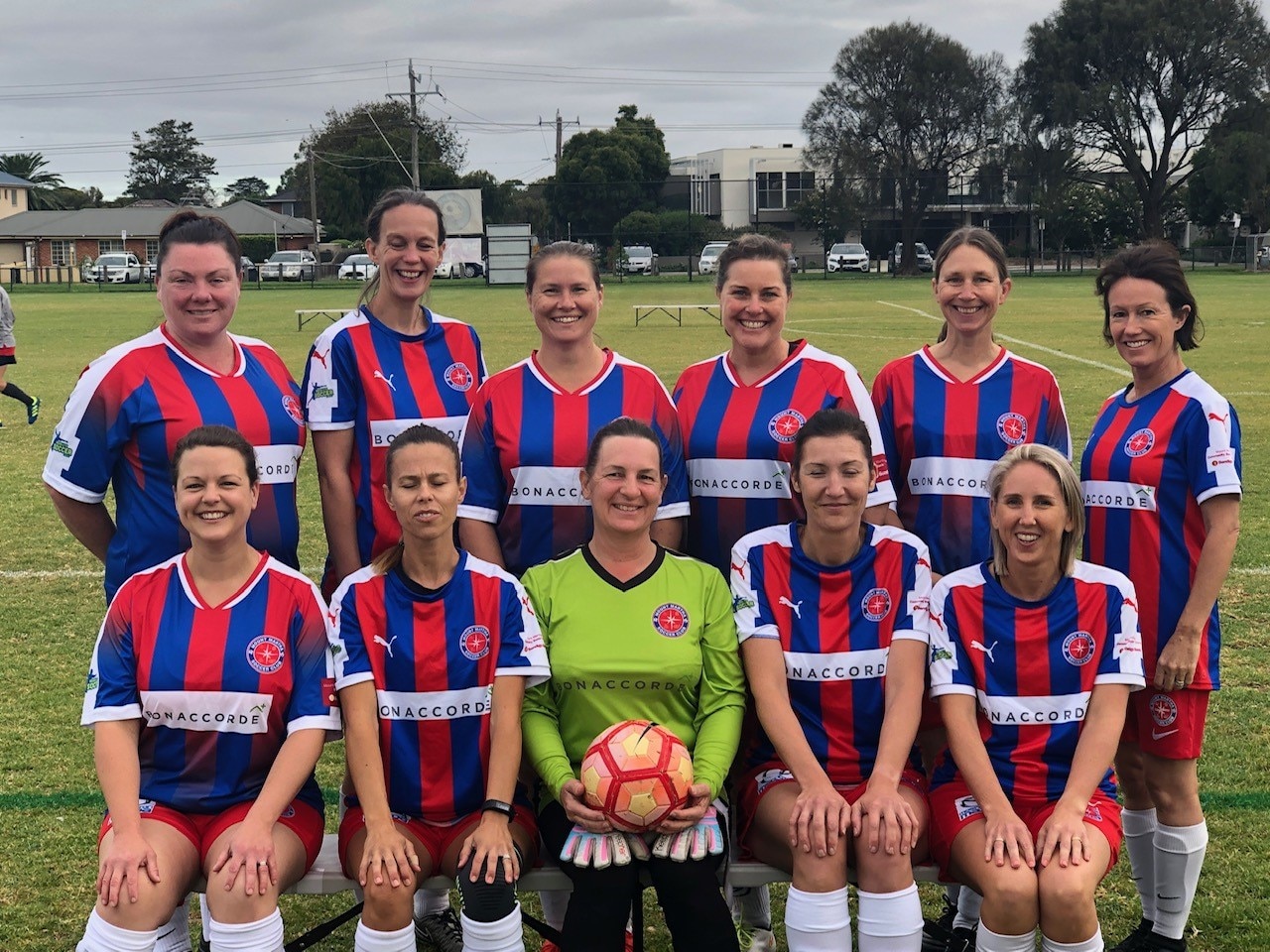 The success of the Matildas - currently ranked seventh in the world, 35 places higher than the Socceroos – has seen women's football achieve unprecedented levels of popularity in Australia and last year helped close the pay gap between the men's and women's national teams.

The number of women and girls playing football in Australia rose to record numbers last year, however they still only made up 22 per cent of all participants.

Ms Ryan said, despite its “exponential” growth in the Australian market in recent years, women’s football is still seen by some as “an add on”.

“When you talk about football, people automatically think you're talking about men's football,” she said.

“But I think moving forward, that’s going to change [in] the next to two and a half years with the promotion of [the World Cup]. We're going to have a lot more media coverage.

“It won’t just be automatic that ‘football’ is just the guys – I hope it will now be for everybody: for the old, the young, for women, for men and the rest.”

Dr Symons said it was important Australia sustains the momentum the World Cup will bring to the women’s game after the tournament finishes.

“We have seen little peaks over time before, but they have dissipated because they are not nurtured in the right way or not given the right attention,” she said.

“So while it's great to have one event that might spike something, I think the most important thing is that these kinds of incentives continue the work that's already being done, because there's amazing work being done by amazing people who are putting in so much time and effort to keep the sport alive and thriving.”