Australian politicians are being inundated by constituents making a "tongue-in-cheek" request.

Australians are taking advantage of an archaic law that entitles voters to a free portrait of Queen Elizabeth II, but they're being warned they might get more than they bargained for.

The little-known "constituents' request program" entitles voters to "flags and documents related to nationhood", but also allows for request for portraits of Her Majesty and the Duke of Edinburgh.

While Australian politicians are not required by law to provide one, the legislation creates the ability for MPs to source the nationhood material at taxpayers' expense. 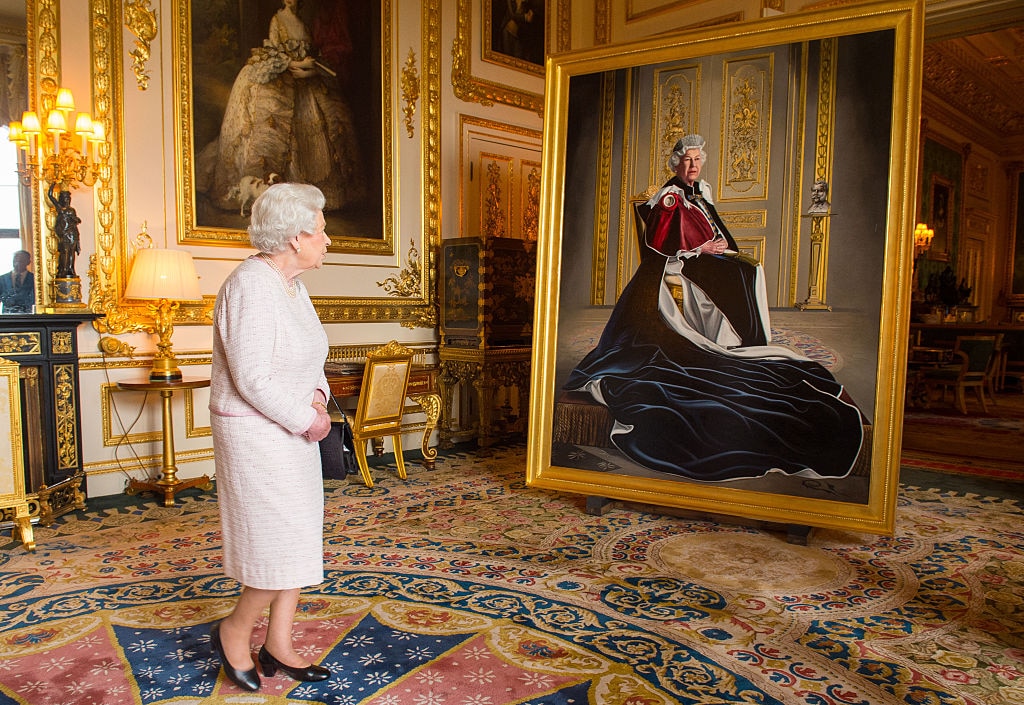 The bizarre law was unearthed by Vice's Nicholas Lord and many MPs since said they have been trolled with "tongue-in-cheek" requests.

Mayo MP Rebekha Sharkie said she had received more than 25 requests in 12 hours, while MP Craig Laundy for Reid, NSW, took to social media to confirm his office had been "flooded" with requests and he was ordering more portraits.

We've received more than 25 requests for a portrait of Queen in the last 12 hours.

Gellibrand MP Tim Watts told ABC Radio that he had never received a request for a portrait before Vice's story.

"I can say before the story was published, I had received zero requests for portraits of Her Majesty Queen Elizabeth," Melbourne MP Tim Watts told ABC Radio National Drive.

"The last 24 hours, I would say about four dozen.

"I think 99 per cent were tongue firmly in cheek."

On offer is an Australian-only edition featuring the Queen wearing a wattle brooch - a gift from former Prime Minister Robert Menzies - and a pin with the Australian coat of arms.

In good humour, Mr Watts played along with the countless requests for the portrait, but warned voters they would also receive "other material" in the same parcel.

Getting my pictures of the Australian Head of State ready for the dozens of #Melbswest constituents who have now requested them from me as their MP.

Making appropriate local adjustments before sending them out.... pic.twitter.com/UXwlyr7Pfe

Griffith MP Terri Butler said she was more than happy to provide a portrait of the Queen to voters, but joked "whoever wrote that Vice article about nationhood material is not popular in my office."

I've been talked out of providing a photo of Beyoncé to constituents whose correspondence does not adequately particularise their request for a picture of the Queen.

In other news, whoever wrote that @VICEAU article about #nationhood materials is not popular in my office.

Me, with a very nice local woman who popped in to pick up a picture of HM the Queen and the Duke of Edinburgh.

I might be a Republican but if you make the effort to come into my office, I'll happily oblige. pic.twitter.com/dVLKtY7r7M

While the law has been criticised in the past for not being the best use of taxpayers money, Mr Watts said he often gives out Aboriginal and Torres Strait Islander flags - which makes it worthwhile for the community.

WA MP Andrew Hastie was inspired by his constituents and decided to get his own portrait for his office.