There are growing calls from Muslims around the world to boycott the annual holy pilgrimage to Mecca over Saudi Arabia’s war in Yemen.

Next month more than two million Muslims from around the world are expected to descend on the cities of Mecca and Medina in Saudi Arabia for the annual Hajj pilgrimage.

But a growing number of Muslims, including some in Australia, are turning their backs on what is one of the central pillars of Islam, and calling for a boycott of the event.

Sydney-based aspiring filmmaker Faraaz Rahman says he believes going to Hajj at the present time is not morally responsible.

“Going for Hajj would financially contribute to the Saudi regime, which currently is carrying out mass atrocities in Yemen against fellow Muslims. This is not what the Hajj is meant to be about,” the 31-year-old told SBS News. 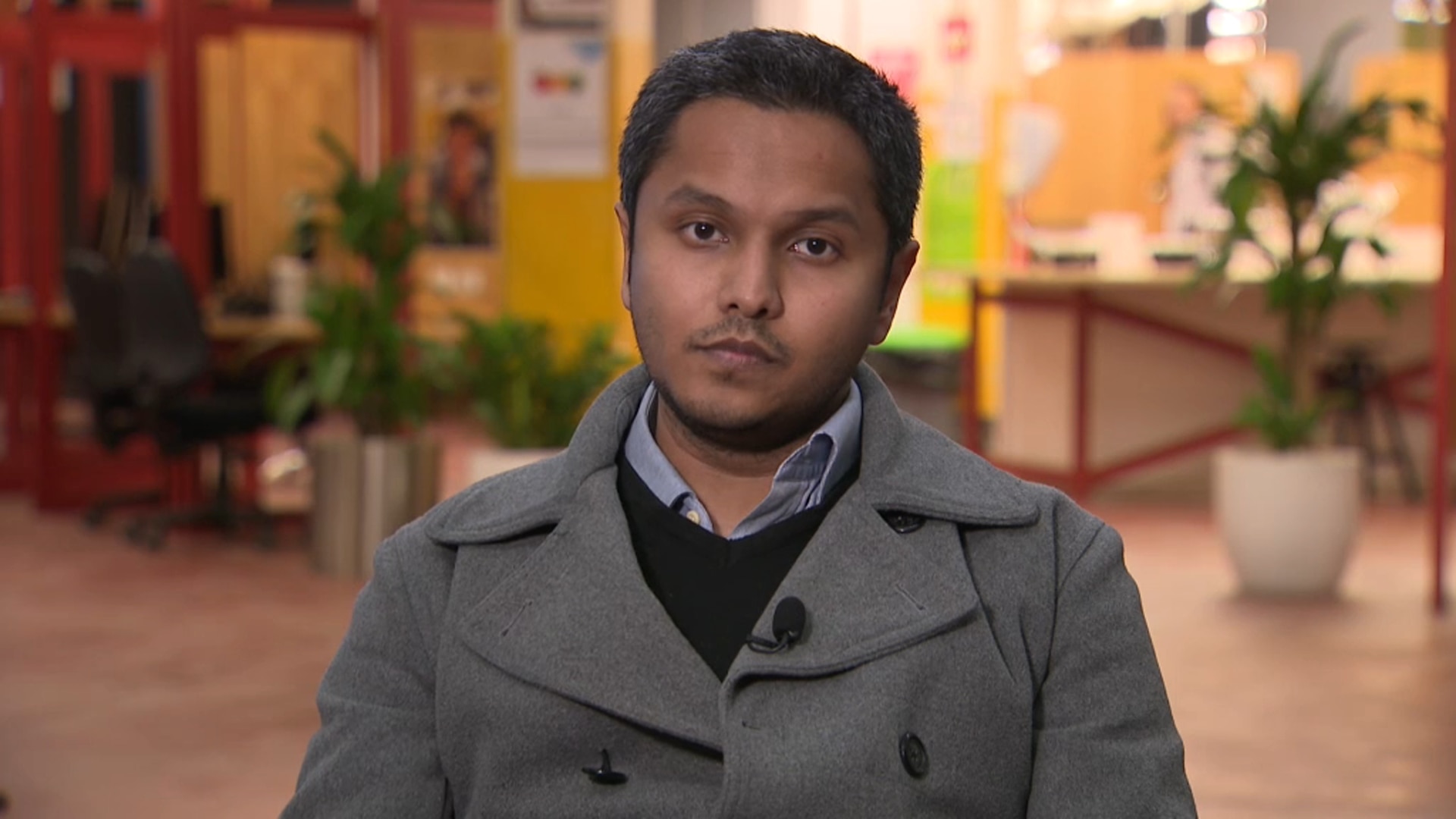 For able-bodied and financially able Muslims, going to the Hajj at least once in life is considered a religious obligation by many.

But in April, Libya’s most famous Sunni Grand Mufti, Sadiq al-Gharawani, appealed to Muslims around the world to boycott the Hajj pilgrimage over Saudi Arabia’s human rights abuses. He is one of the most prominent Sunni Muslim leaders to call for the boycott, but he is far from alone.

The social media hashtag #BoycottHajj has trended on Twitter in some Muslim majority countries.

“Before there might have been fringe groups here and there, without any traction… but now prominent leaders are calling for it [boycott]. I hope that that leads to other religious authorities to pick up and make similar calls,” Mr Rahman said.

Another Australian Muslim based in Melbourne, who didn't want to be identified, said that while calling for a boycott of the Hajj was a drastic step, it was necessary.

"I believe there is no other option left for the Muslim people around the world than to boycott Saudi Arabia, to give them the message that this madness [in Yemen] should end," he said.

"If the money is funnelling into the Saudi economy and that money is being utilised to imposing continuous misery on the people of Yemen, then people have a moral, religious obligation to stand up," he said.

"The world has a responsibility to stand up, especially Muslims," he added.

Saudi Arabia is the lead partner in a Coalition of forces involved in Yemen’s civil war. The United Nations has described Yemen’s humanitarian crisis as the worst in the world.

According to the UN 3.2 million Yemenis, including two million children, are in urgent need of treatment for acute malnutrition caused by the crisis. Muslim worshippers at the Grand Mosque in Saudi Arabia's holy city of Mecca in 2017.
AFP

Ani Zonneveld, president of Muslims for Progressive Values, a United States-based organisation with around 10,000 members, said it was encouraging all Muslims to take up the boycott.

“For Muslims to be going to the Hajj to cleanse their souls and to reconnect with God ... by doing so they will be supporting a regime that has done nothing but oppress and create famine in Yemen. It is really hard to reconcile,” she said. Kuala Lumpur based university lecturer Mukhriz Mat Rus, 36, said that he had previously registered his interest in going to Hajj with the Malaysian authorities to be placed on a waitlist, but now he wouldn’t go any more.

“The Muslim community all over the world, where is our stand on this?... Some people say put aside politics, but I don’t think I am able to reconcile that,” he said.

He says that taking a stand on human rights, is also an act of faith.

"Some people say put aside politics, but I don’t think I am able to reconcile that."

Vice president of the Islamic Council of Victoria, Adel Salman, said he understood why many Muslims were calling for a boycott but doesn't personally support it.

“Performing the Hajj obviously you have to visit Saudi Arabia, you will go to the holy places, clearly that will mean you will be spending money in Saudi Arabia.”

“But most Muslims would see it as a completing of their religious obligations and they would dissociate completely with issues of politics or the Saudi government.” 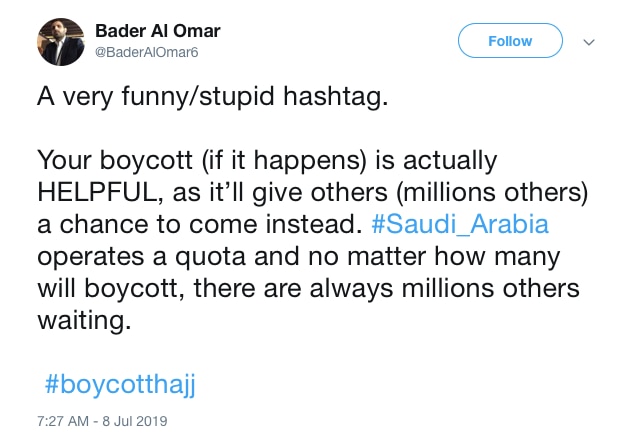 Two Hajj tourism operators in Australia, who were contacted by SBS News but didn’t want to be named, said they had not seen a drop off in bookings for this year’s pilgrimage.

Mr Rahman says he wouldn’t rule out going to the Hajj in the future if things changed in Yemen and Saudi Arabia, but that it wasn’t appropriate to go right now. 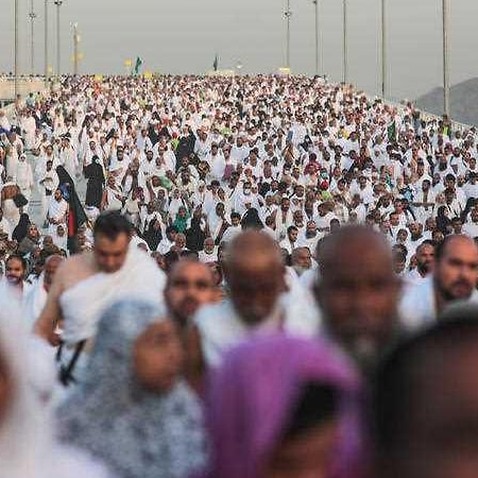 What is the Hajj and will an app make pilgrimage safer this year?

“There is a moral context to some of these pillars of Islam, the Hajj was meant to foster a sense of brotherhood a sense of shared humanity,” he said.

“Right now as the Saudi regime is currently involved in a man-made catastrophe in Yemen. When you consider those factors, you have to ask does the Hajj have the same moral obligation?”