The Australian Open men's final trophy presentation was marred by an "embarrassing" chorus of boos after the Tennis Australia president mentioned the rollout of the coronavirus vaccine, which kicked off on Sunday.

President Jayne Hrdlicka was forced to pause her speech on Sunday night due to the noise from the crowd, after she said it was time for hope and optimism after "deep loss and extraordinary sacrifice for everyone".

“With vaccinations on the way, rolling out in many countries around the world, it’s now a time for optimism and hope for the future,” she said, before fans began booing.

The boos restarted later in her speech after she thanked the Victorian government for making the tournament possible. 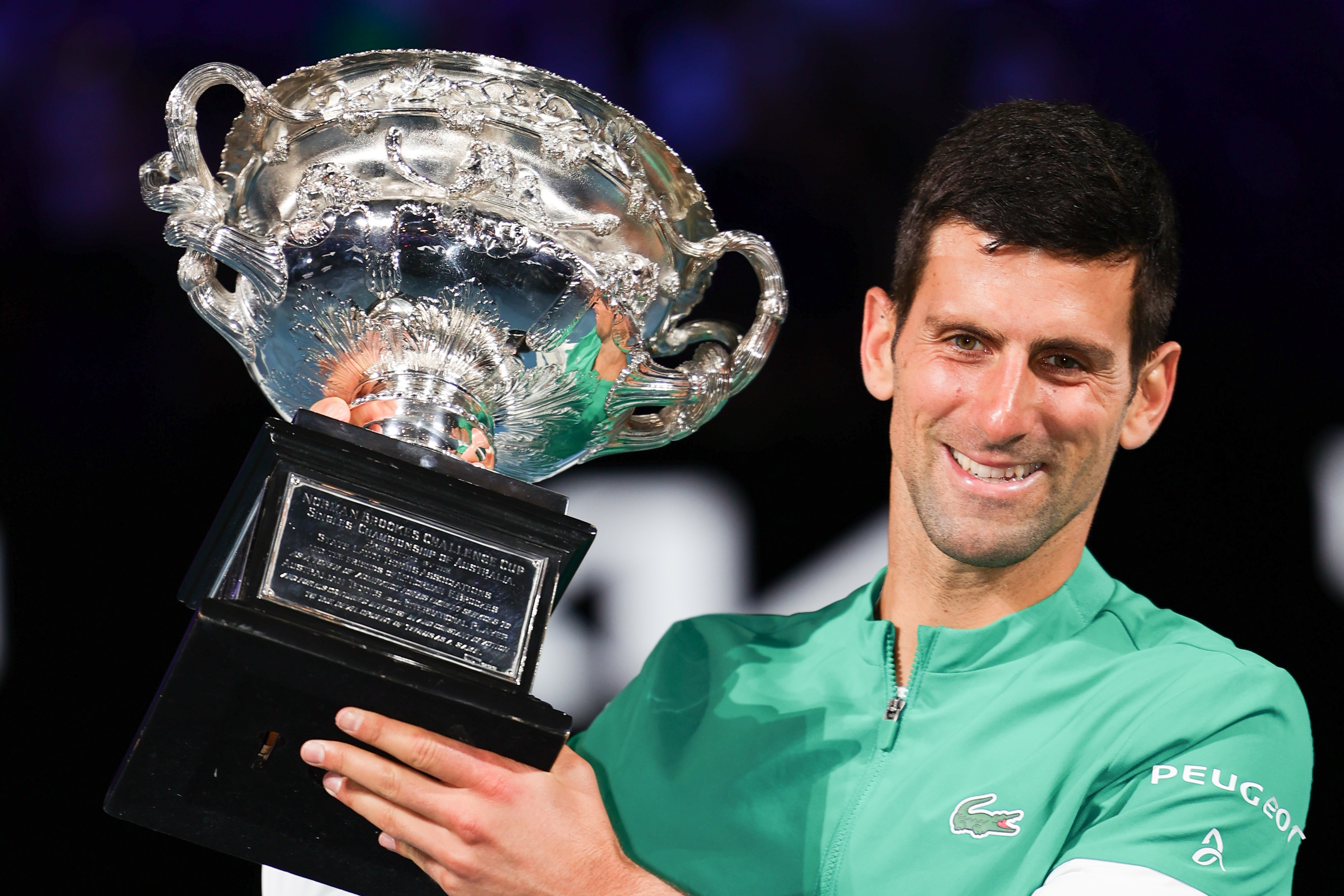 In response, she said: “You are a very opinionated group of people."

The presentation at Melbourne's Rod Laver Arena was broadcast internationally, prompting some commentators to slam the "embarrassing" and "disgraceful" behaviour. '

Shane McInnes, a sports presenter and broadcaster, wrote that it was "just embarrassing".

People booing vaccines at the #ausopen need to take a long hard look at their privilege. Disgraceful behaviour.

The 33-year-old is only the second man ever to claim nine titles at the same slam, joining his great rival Rafael Nadal, who owns 13 French Open trophies.

"There are a lot of mixed feelings about what has happened in the last month or so, with tennis players coming to Australia," Djokovic said after his win.

"But I think when we draw a line in the end it was a successful tournament for organisers ... it wasn't easy, it was very challenging on many different levels, but they should be proud."

Djokovic has previously come under fire for stating he was "opposed to vaccinations", later telling the New York Times his comments had been "taken out of context a little bit".

“My issue here with vaccines is if someone is forcing me to put something in my body. That I don’t want. For me that’s unacceptable," he said.

"I am not against vaccination of any kind, because who am I to speak about vaccines when there are people that have been in the field of medicine and saving lives around the world?"

The pandemic had forced speculation over whether the tournament would go ahead, which peaked after a number of positive COVID-19 cases were linked to Australian Open players and staff who had flown to Melbourne for the event.

A snap five-day lockdown in Victoria also threw plans into disarray, with many matches played before an empty stadium.