“World first” laws have banned up to 20,000 Australian paedophiles from leaving the country, but more than two dozen have attempted to do so, SBS News can reveal.

Australian men are a common sight in some of the seediest parts of South East Asia, where children are sold and sexually abused, according to Destiny Rescue’s Tony Kirwan.

“There are many times we will go into the bars and brothels, the go-go bars, and there are Aussies there,” said Mr Kirwan, who founded the charity to fight the sexual exploitation of children in the region.

“It’s one of the most common nationalities that we will find in these places.”

Mr Kirwan, whose charity has rescued 3,000 children since 2011 from the Philippines, Cambodia, Thailand and India said he was yet to see noticeable impact of “world first” Australian laws cancelling the passports of registered child sex offenders attempting to travel overseas. Tony Kirwan has rescued about 3,000 children from sexual exploitation.
SBS

But 29 registered child sex offenders have had their passports cancelled at an Australian airport since the new laws came into effect in December, according to the Department of Foreign Affairs and Trade.

More than half of those cancellations - or 17 passports - were from the last two months alone.

Despite the increase, the total number of cancellations was well short of the figure of 800 paedophiles travelling abroad a year - or two a day - cited by the government when introducing the legislation.

Despite the lag in formally processing cancellations, the department said registered child sex offenders were still being prevented from travelling abroad.

“It is now a crime for offenders to leave Australia without permission from law enforcement agencies,” a spokeswoman said.

“If they try to leave, they are stopped at the border and liable to up to five years in prison.”

Of the 800 registered child sex offenders who travelled abroad in 2016, about 40 per cent of whom travelled to destinations in South East Asia. More than one-third of these left the country did so without notifying authorities as required, highlighting what was seen as serious loopholes in the previous regulation regime.

There are up 20,000 registered child sex offenders in Australia affected by the ban.

Victorian Senator Derryn Hinch, who had lobbied to end what he called “child rape holidays” to Asian countries, told SBS News he would closely monitor whether the laws were working as planned. But the relatively low number of passport cancellations could also be a sign that the law is working as intended, Mr Hinch said.

“You don’t know how many have decided not to try and even go, because it is an offence to try and travel now,” he said.

Mr Hinch described the call he received from then-prime minister Malcolm Turnbull when the laws came into effect.

“He said ‘Derryn, it’s Malcolm, I just want you to be the first to know they turned the first one back at Sydney airport today,’” he said.

“I must admit I stood there alone in my lounge room and I cried.” 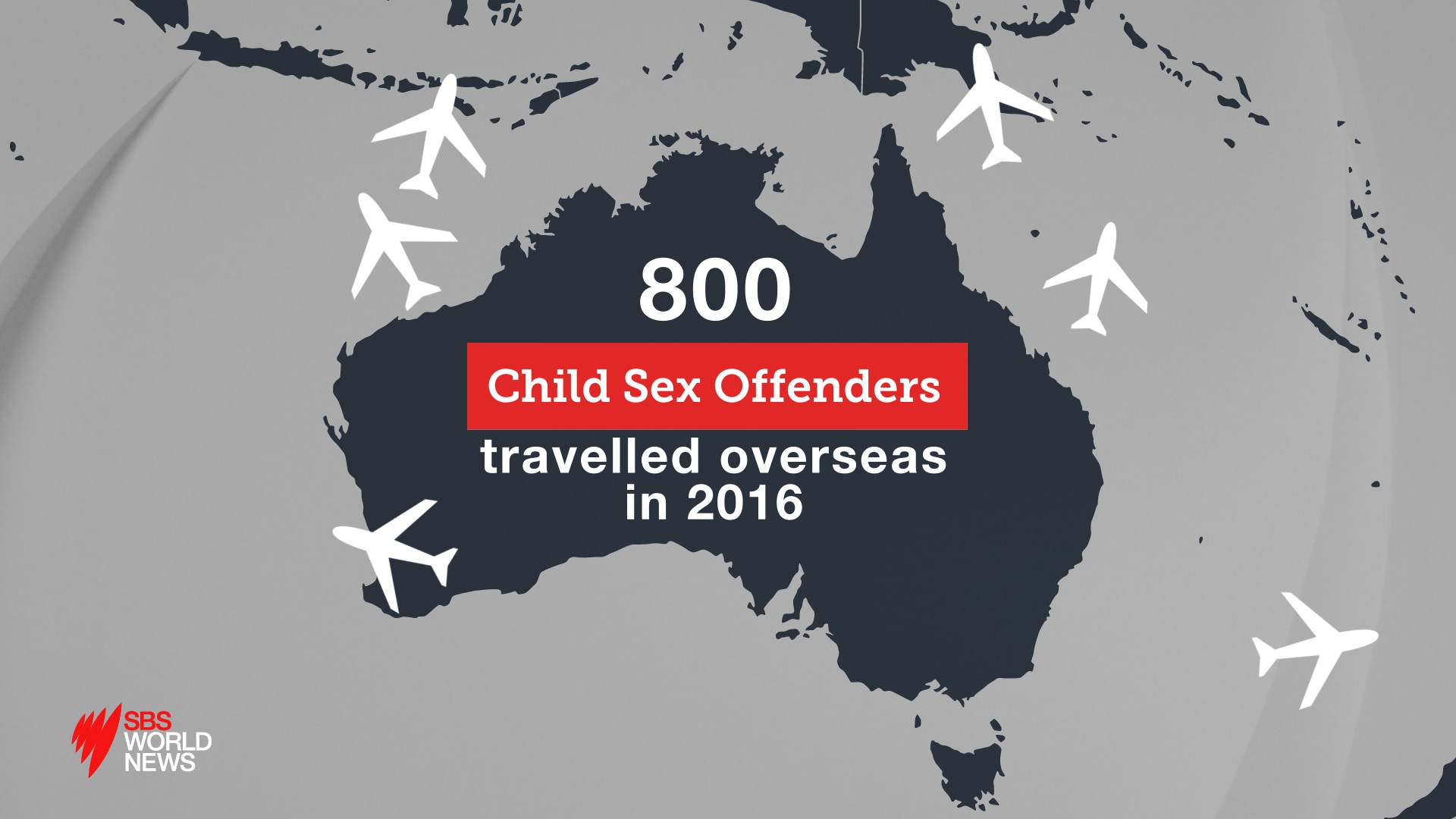 But prisoner rights advocate Brett Collins said the laws should be more targeted to only affect offenders authorities have serious high-risk concern for and not everyone on the sex offender register.

A further 53 passports were cancelled in the last financial year for other law enforcement reasons, including 21 cases related to terrorism. “I think it’s incredibly important for all Australians, it’s a national pride almost, that we don’t send our offenders overseas,” she said.

“We don’t want Australians travelling abroad and sexually offending against children who simply cannot protect themselves.”