A growing number of independent schools are closing, despite the government's orders to remain open. Sydney's Presbyterian Ladies' College explained to SBS News why it will shut its doors.

As the United Kingdom moves to close schools, there is pressure mounting on the Australian government to do the same.

But, for now, Prime Minister Scott Morrison has said students should remain in school and their parents at work.

Presbyterian Ladies' College in Sydney's northwest is one of a growing number of independent schools defying the government's recommendation - and will move to online lessons from next week. PLC is one of several independent schools breaking ranks.
SBS

"If the virus comes and impacts our school there is every likelihood a closure would occur, but instead of sending home a fit and healthy community we would be sending home one that might be compromised," PLC Principal Dr Paul Burgis told SBS News.

He said the decision was also made to protect teachers.

"The staff are doing an enormous job, not just here but at every school, and it weighs quite heavily on me...you would not want to have a staff member infected by the virus." From Monday, lessons will be held online for all primary and secondary students.

Parent Fran Jewells said she is happy to supervise her year six daughter, Ella, while she too works from home.

"I think it'll be hard for the first few days, maybe the first week, but it'll be a matter of discipline...I have lots of video calls during the day so she knows she can't interrupt me," she said.

Ella Jewell said she has been told by her school to put on her sports uniform and be present for roll-call before each virtual lesson. Year six student Ella Jewell and her mother Frances will both be working from home next week.
SBS

"We'll have a timetable written out with links to documents or websites we need to research, we will do those things, and once we finish that document we have to upload it onto Google Classroom so they know we have done it and they need to check it," she said.

Dr Burgis said the school will still remain partially open with small classes for students with disabilities and others who aren't able to stay at home. 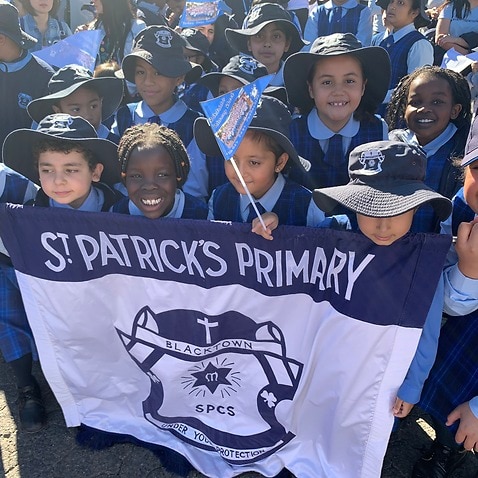 While taking students out of school stops another form of large gatherings, where germs can be spread, the Australian Government pointed to Singapore as a country which had successfully controlled the virus while keeping schools open.

As of 17 March, Singapore had confirmed 266 cases and no deaths.

"It's held up as the gold star for how it is dealing with the pandemic," Education Minister Dan Tehan told SBS News. 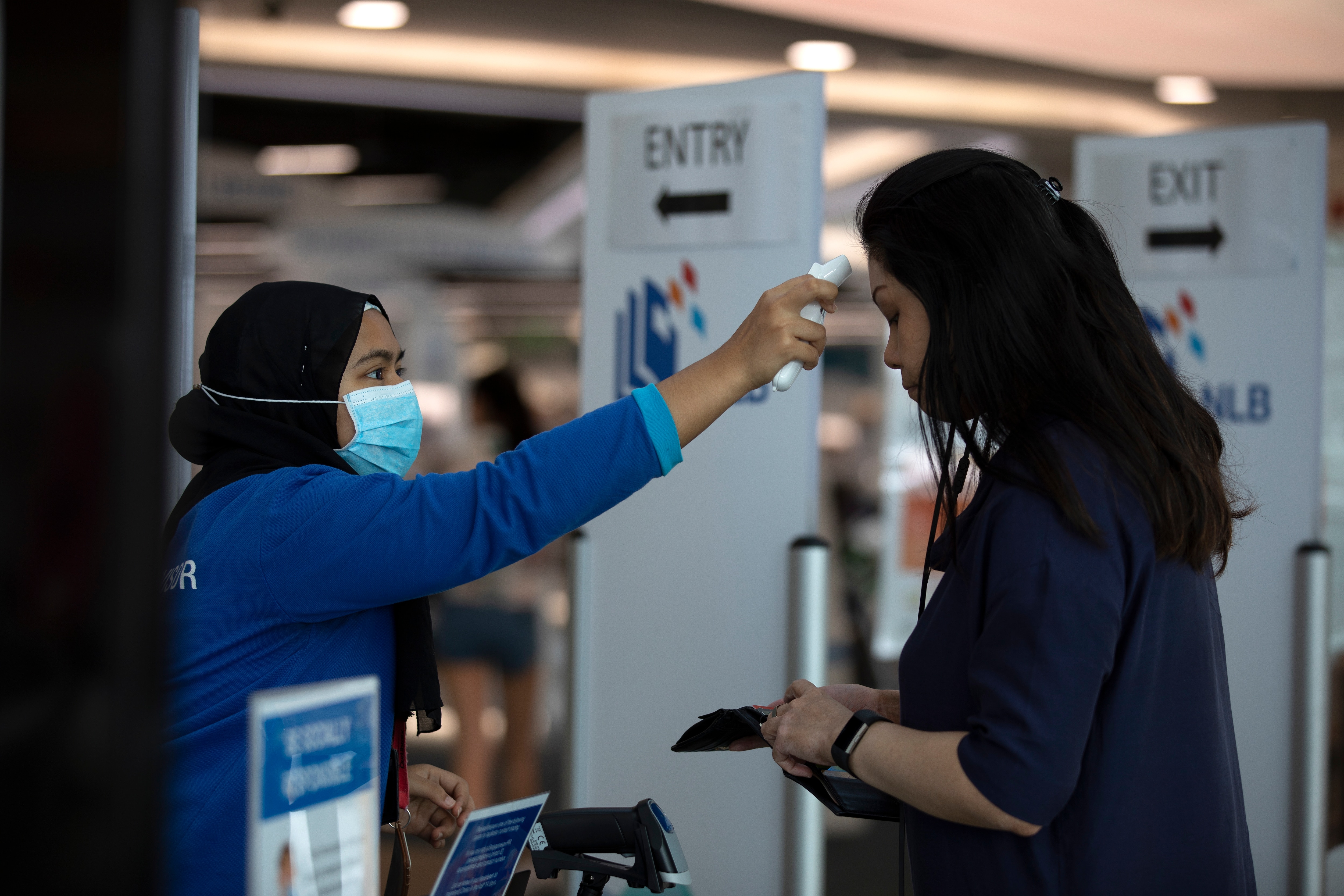 A staff takes the temperature of a visitor at the entrance of a library in Singapore.
EPA

"It could impact 30 per cent of our medical workforce if we weren't able to ensure our children are going to school."

Janice Chuah is a teacher in Singapore and said their classrooms are high tech, in learning and health devices.

"All our classrooms are equipped with infrared forehead thermometers and before classes teachers will go around checking each and every child's temperature to make sure they do not register above 38 degrees - if they do they are sent home straight away," she said.