An Australian entrepreneur wants the Northern Territory desert to become home to the world’s biggest solar farm, with the electricity generated sent along undersea cables to Singapore.

David Griffin is an entrepreneur and leader in the development of Australia's renewable energy industry and his ambitious new plan to power Singapore from a 15,000-hectare solar farm in the Northern Territory has investors taking interest worldwide.

“It is first and foremost the largest solar farm under development in the world,” the Sun Cable CEO told SBS's Small Business Secrets from Singapore.

The Sun Cable project will be the first of its kind to try and export clean energy internationally. David Griffin, right, is behind the Sun Cable project (not pictured).
AAP/Sun Cable

A former GM Development at Infigen Energy, David has been developing solar and wind farms in Australia and South Africa for nearly 20 years.

His Sun Cable project would send electricity to Darwin, then along a 3,800-kilometre undersea cable to Singapore.

“It’s an extremely complex problem that we are solving. There are risks associated with that [undersea cable] and that’s why it’ll take a long time to go through the entire design process,” he said. 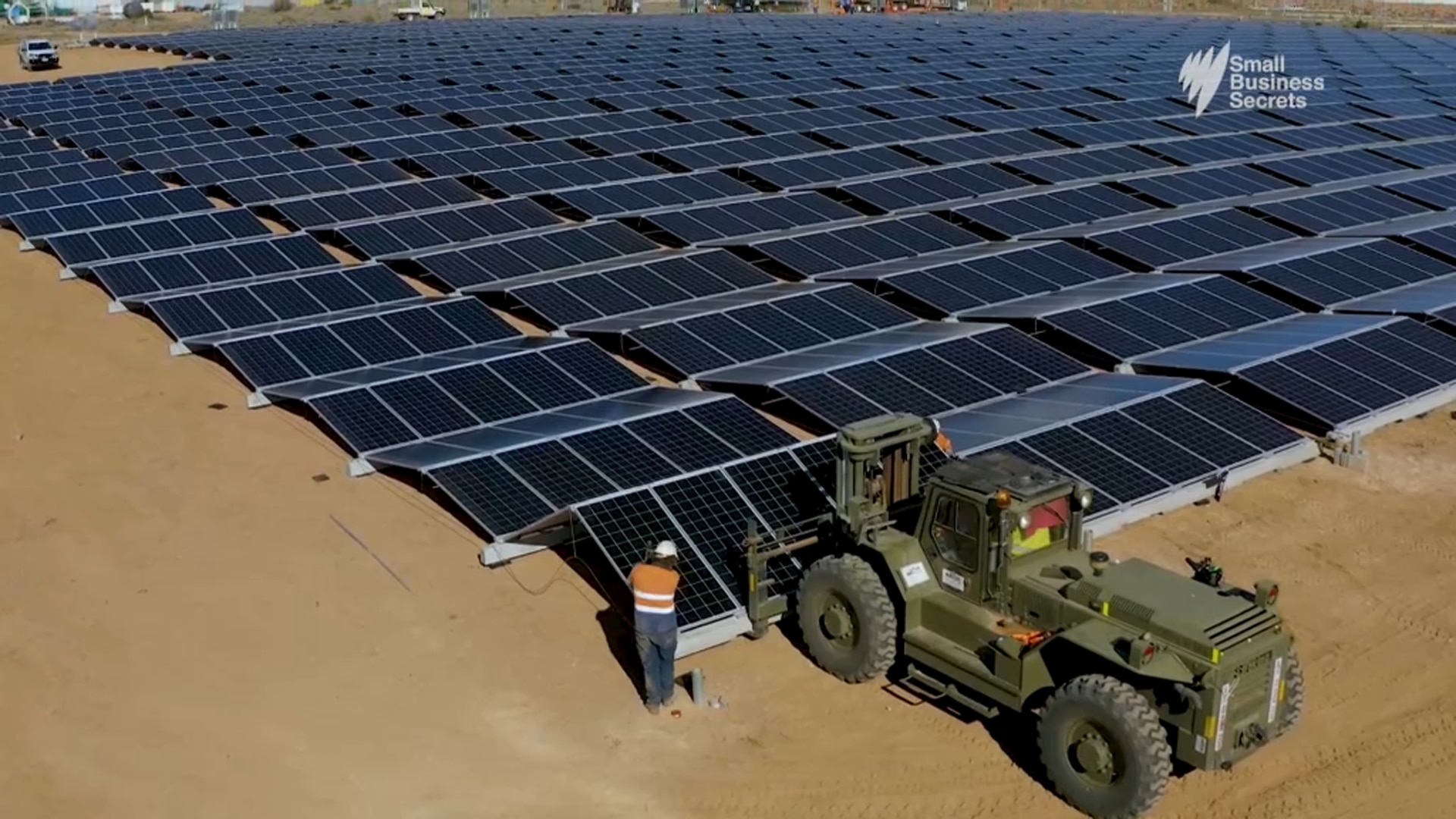 Construction work at a Solar Power Station supplied by 5B Solar.
SBS

“It is the longest proposed project on the table at the moment but it’s certainly not the deepest.”

The solar farm would sprawl over 15,000 hectares, backed by a 10-gigawatt plant. The Sun Cable project aims to supply one fifth of Singapore's energy needs by the late 2020s.
AAP/ullstein bild

“In order to truly see an electrification of global economy and to see it done in a way that doesn’t lead to climate catastrophe, we need to be able to move huge volumes of renewable electricity over vast distances and this is the technology that’ll allow it to happen.” “We have so much of this resource [In Australia] and it is the cheapest form of energy available,” Mr Griffin said.

Executive Manager of Innovation at the CSIRO David Burt said the Sun Cable plan is among a number of renewable energy projects, which promise future wealth for Australia.

“One of the great advantages that Australia has is a massive landmass which means we have the potential to generate solar or wind energy and export it to other countries around the world”. 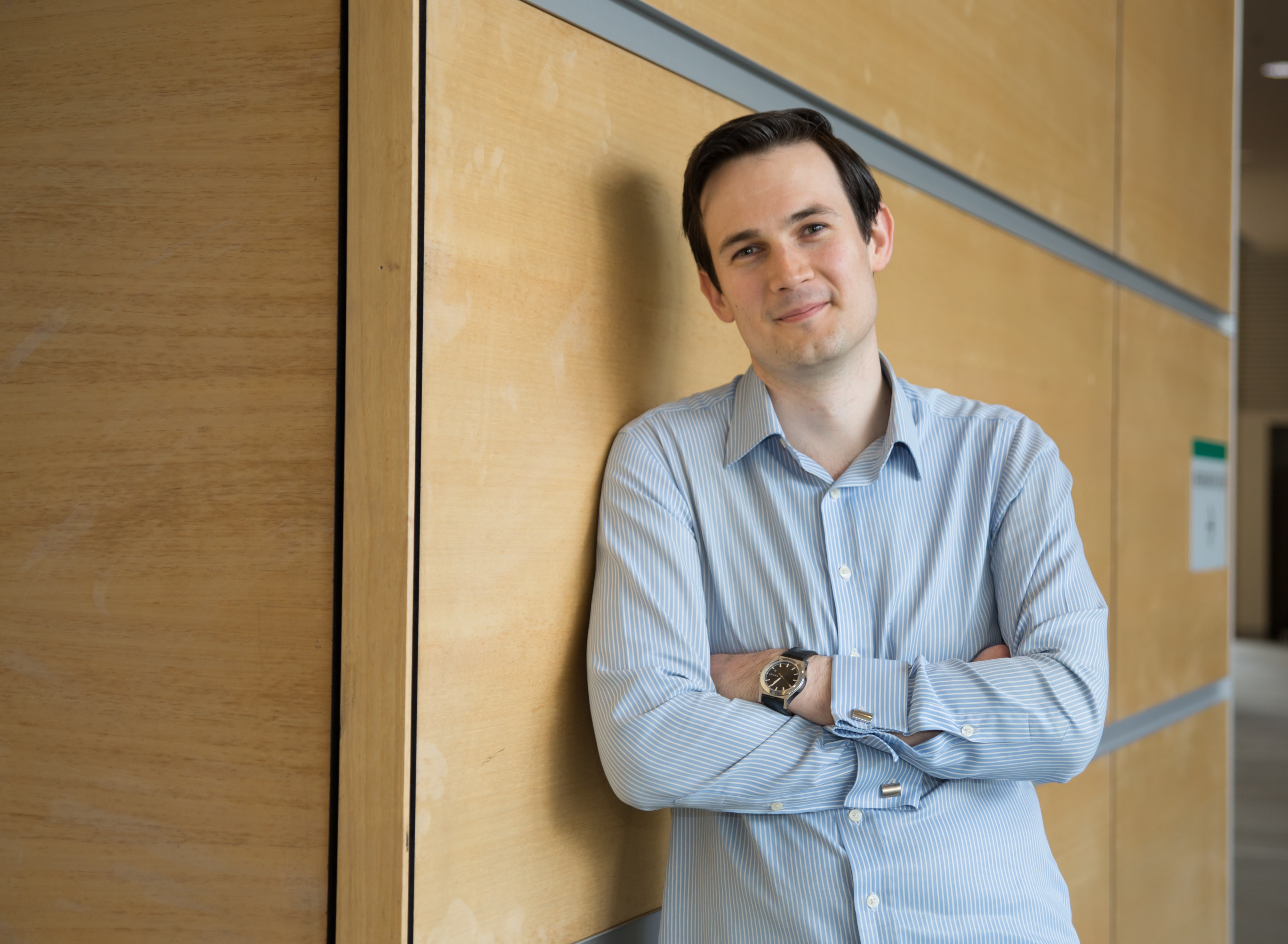 With economies in the Asia Pacific region growing rapidly, Australia is ideally placed to send renewable electricity offshore, he said.

“The Sun Cable proposal aims to supply up to 20 per cent of Singapore’s future energy needs, so it definitely would be in the billions of dollars as an export revenue opportunity for Australia.” Renewable energy to surpass coal for first time in the US – but why not in Australia?

“We already have giant fibre optic cables on the seafloor for our internet. The biggest risk, not so much to human safety or environmental safety, the risk is that those cables might get damaged.”

“The biggest risk with a power cable is you have a single point of failure. And so if there’s a cyclone or disaster or that cable gets damaged or is faulty in any way, then you can have potentially a massive stop to our ability to export energy.”

Australia already has a high-voltage cable under the sea in Bass Strait linking the Tasmanian and Victorian electricity grids.

The Basslink cable feeds energy in both directions, allowing both states to offload excess electricity.

But Wind farm operators in South Australia are facing court after storms triggered blackouts, cutting power to up to 850,000 consumers in 2016. For the Sun Cable project, Australian solar technology company 5B will supply thousands of pre-assembled solar panels made in China.

The technology startup has grown rapidly since it was founded in 2013 by Chris McGrath and Eden Tehan and now supplies solar panels to 20 different plants Australia wide.

“And we need 80,000 of our pre-fabricated Maverick blocks for this system. So it’s phenomenal scale, it’s a very large project,” Mr McGrath said. Workers install solar panels at a plant in the Nothern Territory.
AAP

It’s expected that, if it goes ahead, the Sun Cable project would create more than 1,000 construction jobs and a further 300 jobs in operations.

“Electricity in Asia generally is quite expensive,” he said.

“So we have a low-cost resource, but until now we didn’t have the ability to transmit electricity over extremely long distances.” Although electrons won’t begin flowing till the late 2020's, Mr Griffin said Sun Cable is the start of many Australian projects that aim to exploit opportunities in Asia.

“It’s a brand new industry in the concept of intercontinental transmission.”

The CSIRO is currently researching several ways to store and send clean power to the region, but it’s a slow process.

“I would suggest that the legacy way of exporting energy is going to be here for a while, until these new forms of exporting renewable energy become economically viable at the scale we need them to be to support the Australian economy,” Mr Burt said.