Para-athletes from several Pacific nations have been brought to Australia to compete in Brisbane this weekend. It's not just about qualifying for the Paralympics but creating "inclusive communities", say those supporting their ambitions.

Pacific para-athletes hope to head in record numbers to the Tokyo Paralympics this year - including those from Kiribati for the first time - with the help of Australian coaches and mentors.

Athletes from seven Pacific nations are at the Queensland Athletics Championships in Brisbane this weekend and the goal is not just going for gold but to promote inclusion.

Elie Enock from Vanuatu lost her leg in a car accident on her 20th birthday.

“After the accident, I was scared to go out because in Vanuatu people always discriminate against you, say different, bad words about you,” she told SBS News. 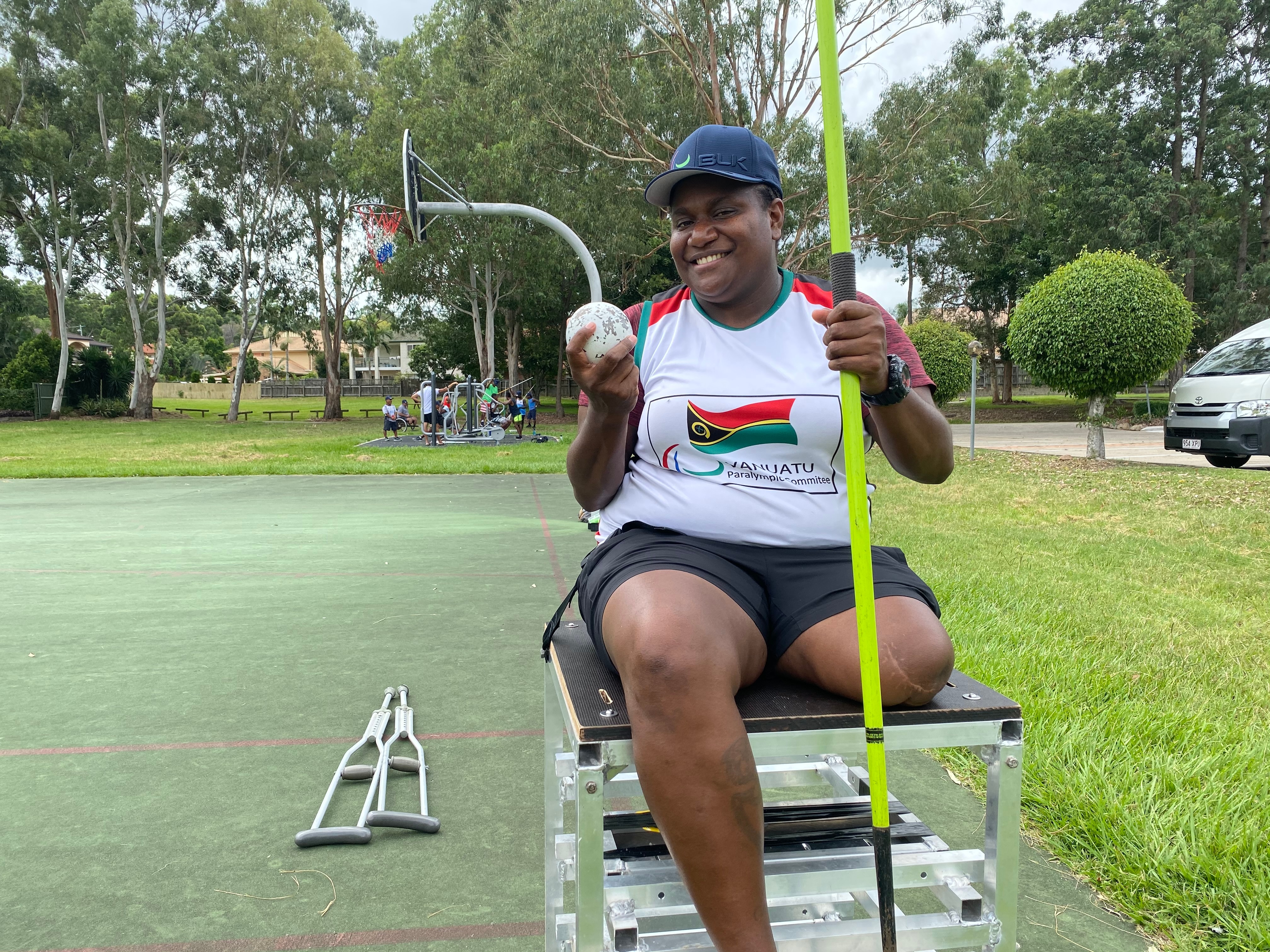 Elie Enock lost her leg in a car accident on her 20th birthday.
Stefan Armbruster/SBS News

Ten years on, after taking up the shot put and javelin, she has travelled the world and is just happy to compete.

'This is for my country'

The largest contingent of Pacific para-athletes to compete at any games was eight at London 2012 and it is where they achieved the greatest success.

Fijian high jumper Iliesa Delana won gold, a first for his country and the region, building on the success of Papua New Guinea’s Francis Kompaon in 2008, who won silver in the 100m in Beijing. 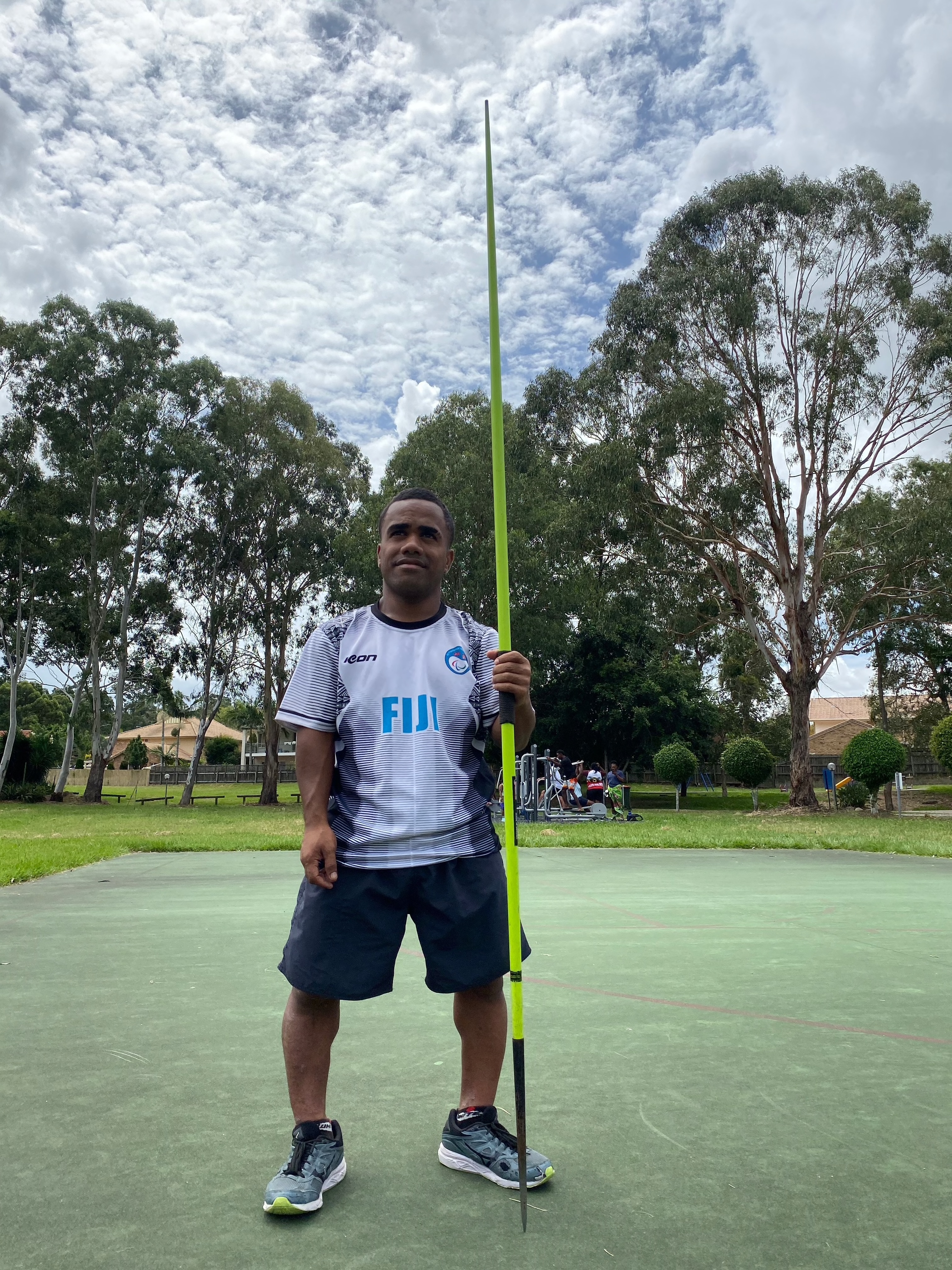 Iosefo Rakesa, who is of short stature, is honoured to be representing his country.
Stefan Armbruster/SBS News

Iosefo Rakesa from Fiji is one of the very few Pacific Islanders to have already qualified for the Paralympics, competing in the javelin and shotput, and hopes to emulate his countryman.

He took up the javelin and shotput seven years ago.

“Before that, I was playing rugby and soccer but nobody chose me to go overseas and then I saw athletics and I’m happy to be here,” he said.

Other para-athletes who have already qualified include the Solomon Islands’ Solomon Jagiri in taekwondo and Vanuatu’s Ken Kahu in the javelin. Oceania para-athletes turn out to support each other at the competition.
Stefan Armbruster/SBS News

Fiji led the way by first competing in the 1996 Paralympics and now seven Pacific nations are part of the Oceania Paralympic Committee (OPC) as well as Australia and New Zealand.

Athletes from Papua New Guinea, Tonga, Samoa, the Solomon Islands and Vanuatu have also been brought to Australia by the OPC after travel bans due to the coronavirus saw other international competitions cancelled. “This is the only opportunity we have for the athletes from the Oceania countries to obtain classification before Tokyo,” said OPC president and former Australian Paralympic swimmer Paul Bird.

“But the bigger picture for us is inclusion, what we’re on about creating through para-sport is inclusive communities.”

Another OPC success story is preparing the tiny nation of Kiribati to compete for the very first time in a Paralympics.

Fifty-year-old former fisherman Karea Tioti had his legs amputated 23 years ago after an illness.

He is one of about 30 para-athletes in his country and throws the discus while buckled into a fixed throwing frame with a seatbelt. “When they are looking at people with disability, they are always looked down [on]. When I get back to my country [this time], I’ll be a leader,” he said with a proud laugh.

Tioti is hoping to qualify at the competition along with many of the other Pacific athletes in Brisbane.

Countries that do not make the cut are offered a limited number of wildcard entries.

OPC president Paul Bird and the board are all volunteers. They use a small grant from their international parent committee but hope soon to secure some Australian government foreign aid.

“We have great stories, we have great outcomes, and I think we could translate that into some very effective future development opportunities with some targeted funding,” he said. 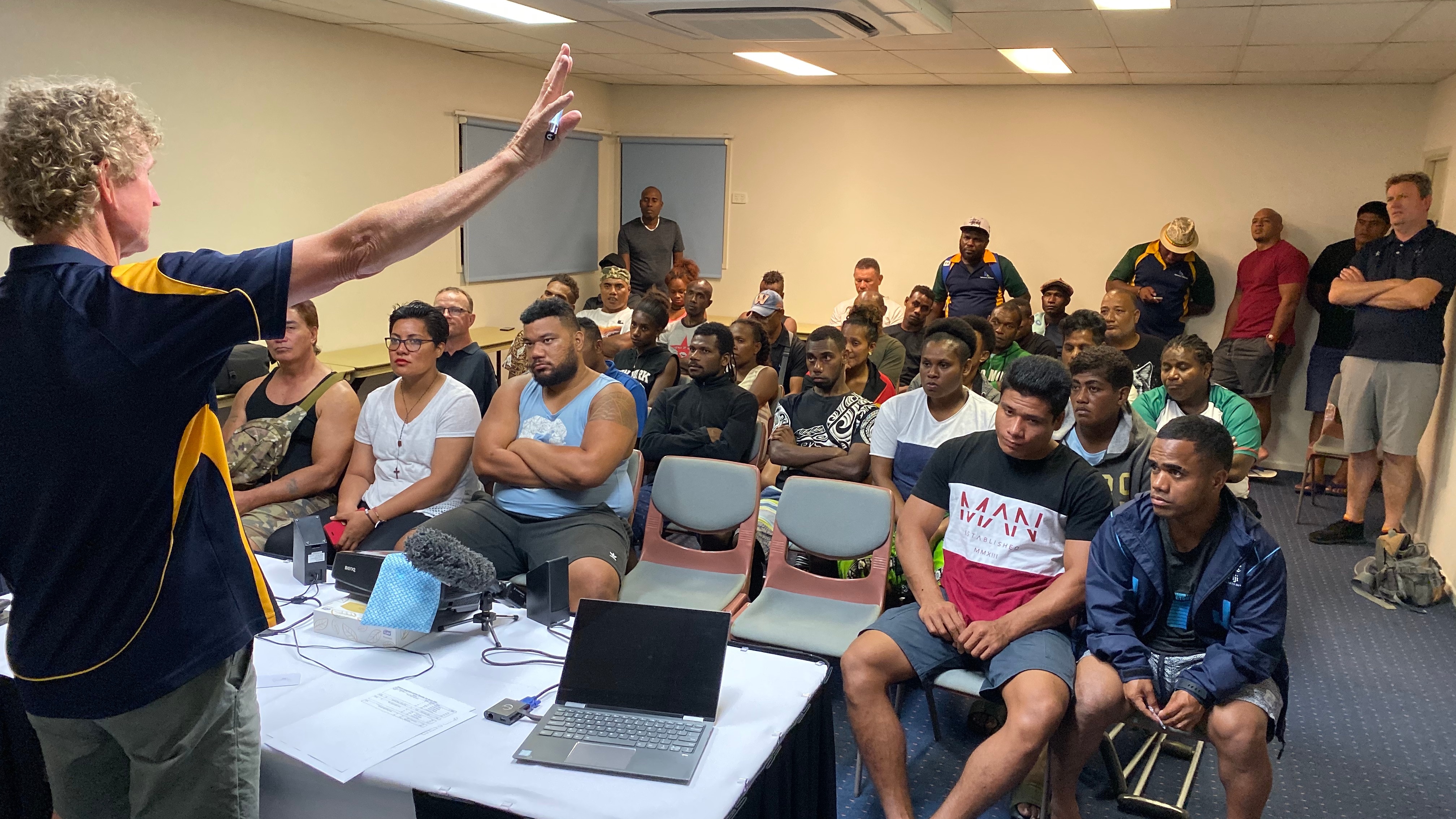 All the athletes turned out at the QE2 Stadium in Brisbane this week to support each other.

“The importance of the collaborative approach we are taking in Oceania when we bring everyone together, is it’s not the islands of Kiribati and the islands of Vanuatu, it’s the Oceania family,” said Chris Nunn, OPC project manager and the former head coach of the Australian athletics team from the Sydney Paralympics. “It makes a huge difference for these athletes from a support perspective when they are competing."

“[But] funding is always an issue, even buying shoes to compete in, trying to get equipment for athletes, trying to get funding for para-athletes to get classified, it’s an enormous obstacle. It’s the barrier to them participating in sport.” 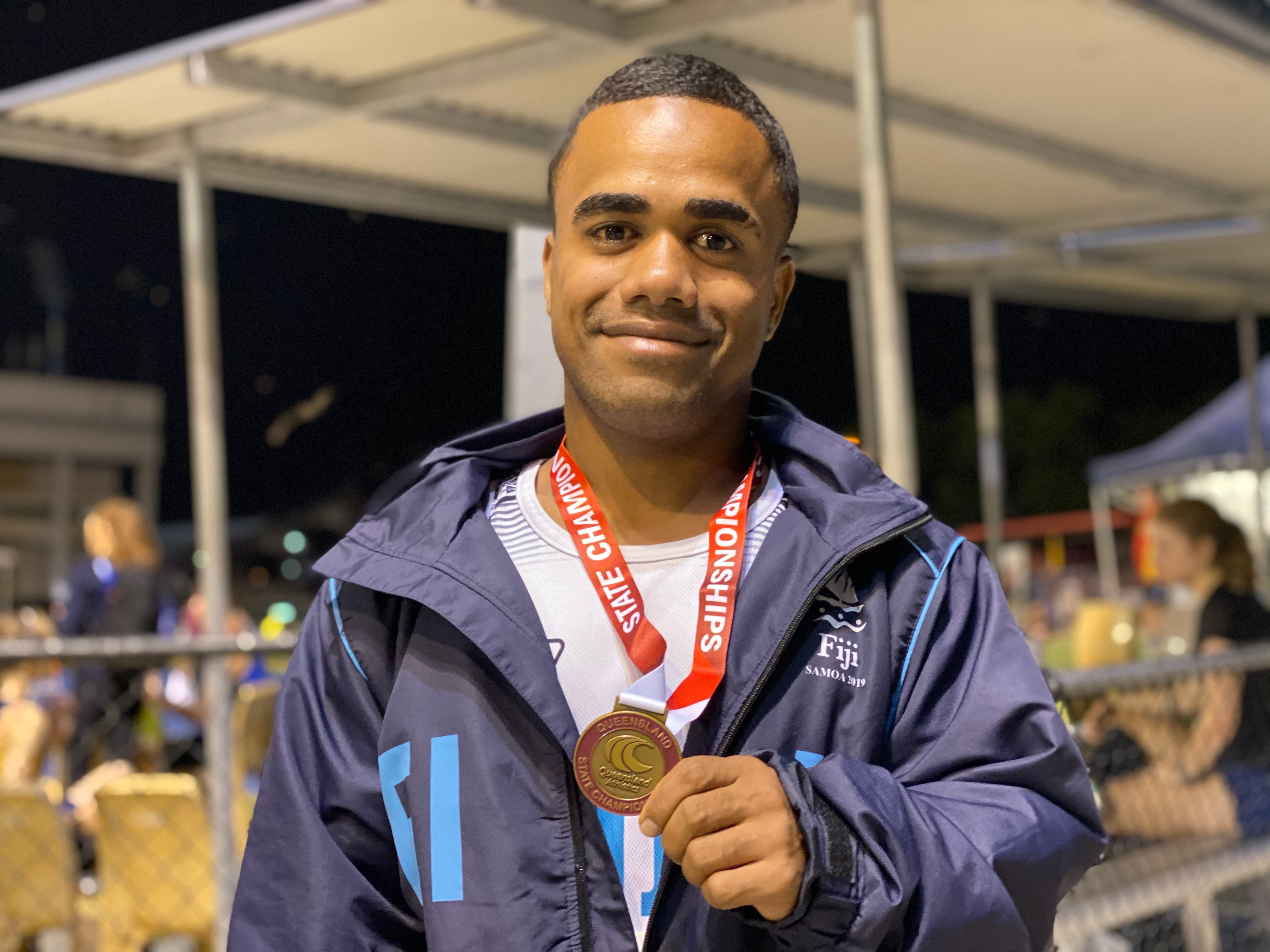 Iosefo Rakesa with his gold medal.

Nunn watches on as the para-athletes compete and is thrilled with their performances.

Fiji’s Iosefo Rakesa is the first up and to his surprise wins gold in the shot put.

“I feel excited, I didn’t know I would get the gold medal,” he said.

The Tokyo Paralympics begins on 25 August