The New South Wales Government's Old4New lifejacket donation initiative is helping save lives in Papua New Guinea where remote communities do not always have ready access to water safety equipment.

More than 23,000 lifejackets from New South Wales have been donated to Papua New Guinea since 2013 to help save lives in a country where drownings are common place.

Papua New Guinea (PNG) is rated the 18th worst country in the world for drownings according World Health Organisation figures.

The Centre for Maritime Safety, which is part of Transport for New South Wales, has led the Old4New lifejacket donation initiative. Over the past 5 years, the Old4New van has visited 610 sites across NSW to collect lifejackets.

Spokesperson Neil Patchett told SBS News the donated lifejackets are sent to PNG and then distributed to remote and coastal communities.

“Pretty much in these remote areas of Papua New Guinea they have no safety kit at all in these craft, so the indigenous people are extremely exposed,” he said. 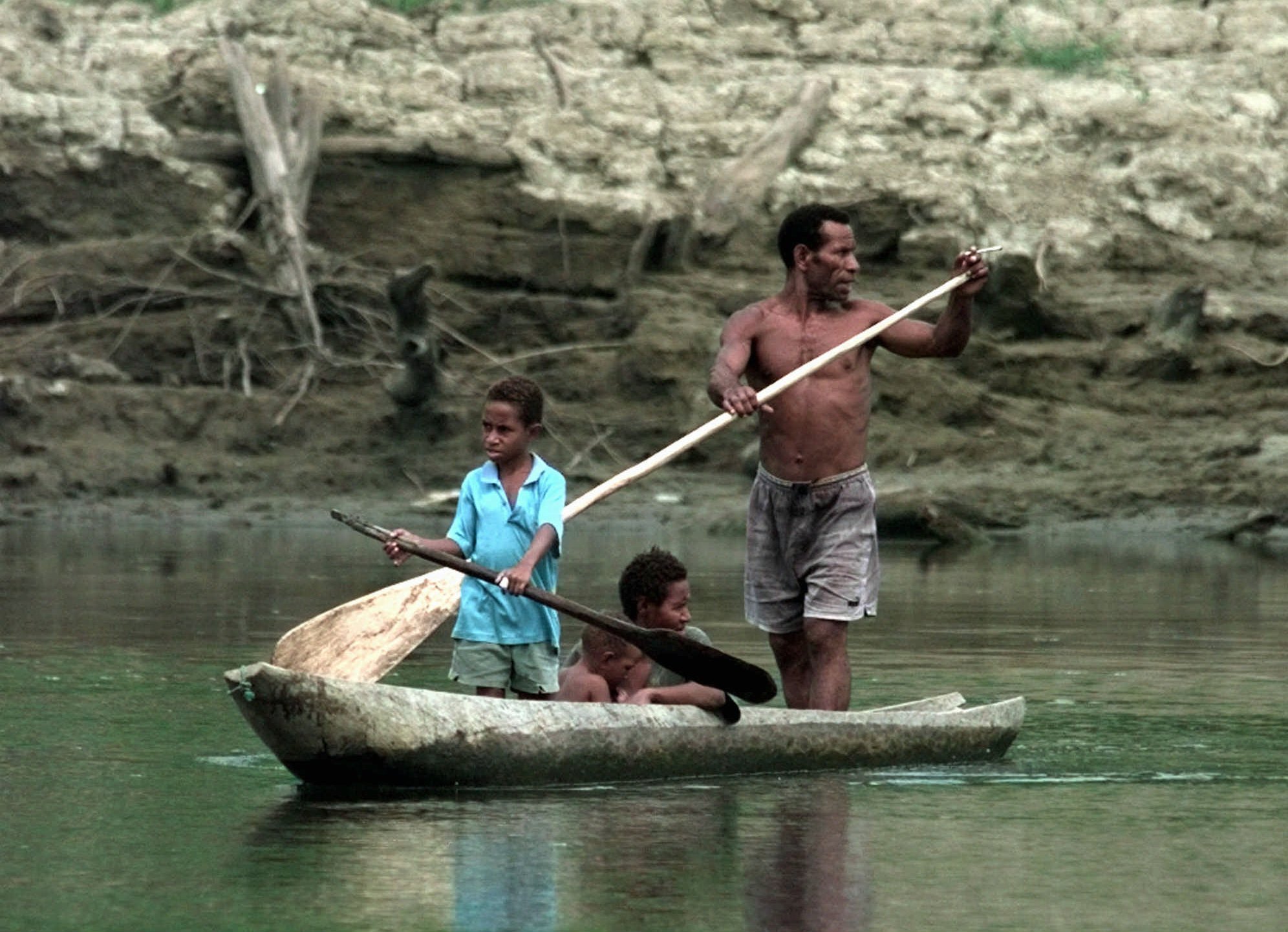 A family paddle a wooden canoe across the Fly River near the town of Kiunga in the Western Province of Papua New Guinea.
REUTERS

Mr Patchett said lifejackets are in high demand, particularly on the northeast coastline where people commonly use fibre glass canoes and paddle craft for transport.

“They’re making long runs across open water in vessels of a six to seven metre range with no built in buoyancy.”

He said the lack of safety equipment raises the danger level for those on-board.

“If something goes wrong these craft don’t stay afloat, they don’t even stay at the surface, once they’re swamped, they just sink,” he said. A canoe-load of people from flooded Biotou village in Papua New Guinea's Central Province make their along a waterway.
AAP

Through the Old4New water safety initiative, people in NSW can trade old lifejackets in exchange for a discount on newer slim-line designs. More than 19,000 new lifejackets have been sold to date thanks to the scheme.

Mr Patchett said the idea to send the donated lifejackets to PNG originated from the Indigenous Boating Safety Forum held in Darwin in May 2016.

“We had this challenge, what do we do with these older jackets we are collecting? How can we recycle them and have them continue to be useful?” During the forum, PNG officials informed them about the serious problems of water safety and drownings in their country.

“We filled a forty foot container absolutely; jam packed, with these lifejackets that are now being distributed to communities up there in need.”

The National Maritime Safety Authority in PNG receives the lifejackets and distributes them out to remote communities.

“Lifejackets are going to remote, coastal on islands in the Papua New Guinea territories where people are doing open runs in vulnerable craft,” Mr Patchett said. 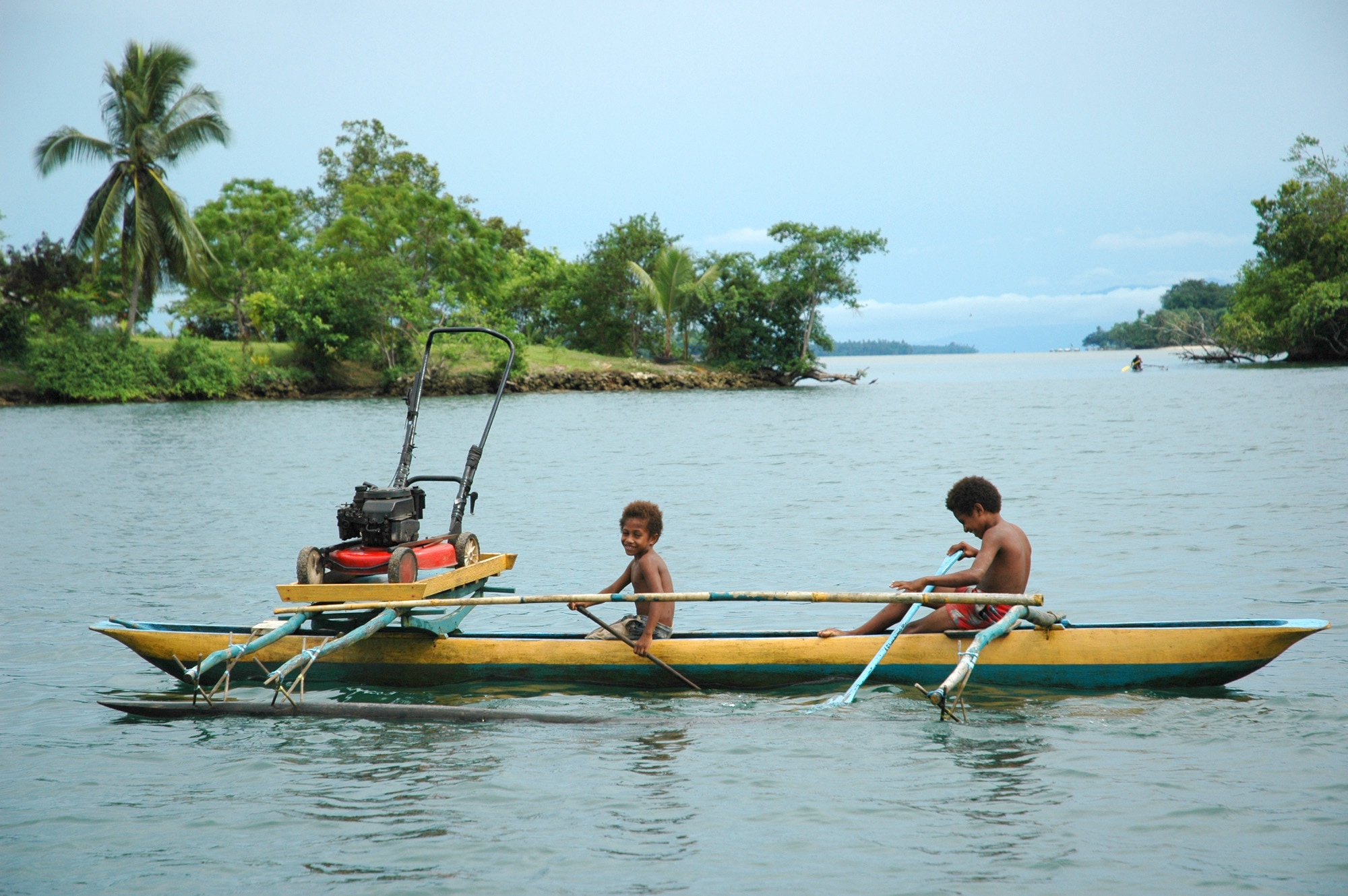 Neil Patchett has praised the recycling of lifejackets as a great outcome for everyone.

“For New South Wales to be able to provide assistance to recycling these lifejackets for ongoing use where they might save a life, that has to be a good thing,” he said.

The NSW Government is working with lifejacket manufacturers to make the floatation devices functional across a range of temperatures and conditions.

“Something we will continue to work on is the wear-ability of lifejackets because, particularly in tropical areas, the form and function of a jacket is critical because of the heat,” Mr Patchett said. 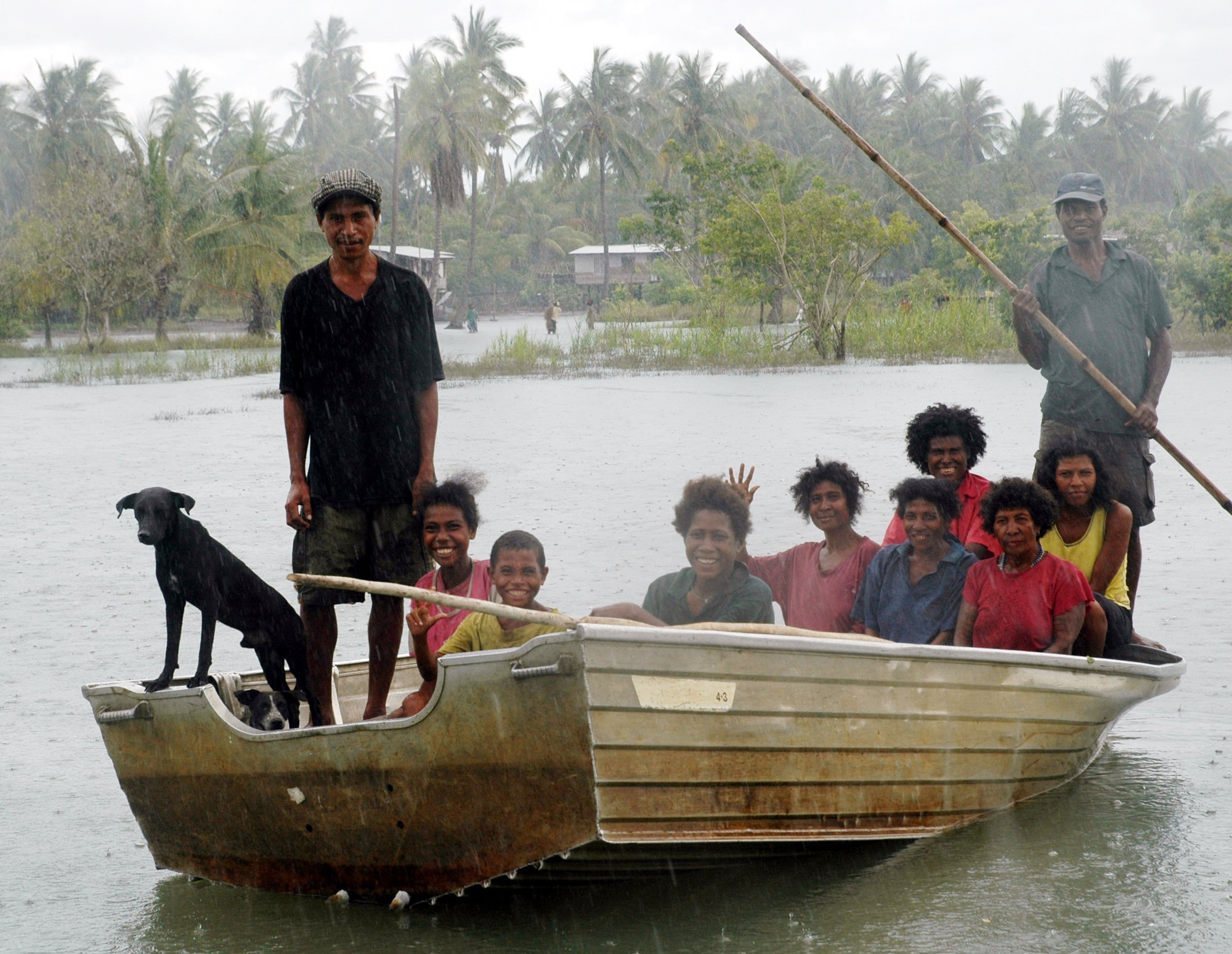 A boatload of residents in their flooded village of Biotou in Papua New Guinea's Central Province.
AAP

NSW drownings worst in the country

Lifejacket use in New South Wales has increased from 9 to 45 percent over the past ten years according to Transport for NSW figures. That's despite it having the highest drowning rate of any Australian state from July 2016 to July 2017, when 93 deaths were reported.

A total of 291 people drowned in Australia during that period including 45 people in Victoria, 73 in Queensland and 42 in Western Australia.

Eight out of ten people who have drowned over the past decade in NSW were not wearing lifejackets.

Neil Patchett has urged Australians across all communities to remain vigilant around water.

“NSW led on a national indigenous boating safety forum back in 2016, which has led to flow on consequences all aimed at addressing trauma in indigenous communities,” he said.

“Lifejackets double the chance of survival from emersion and saving a life… One loss of life in a maritime context is clearly one too many".