An Australian doctor in Mumbai says the situation is becoming dire as coronavirus spreads to India's slums.

It is unknown how the 56-year-old deceased patient - reportedly a garment worker - acquired the virus.

He had no foreign travel history, while exhibiting symptoms like fever and cough and also had renal failure, according to local media reports.

A second positive case has been reported in the slum area on Thursday.

Police have responded swiftly by sealing off the densely populated area, home to around a million migrants who live in make-shift houses crammed in narrow, winding lanes.

Mumbai-based Australian doctor Kimberly McClean has warned the first coronavirus death in Mumbai's slums is "the tip of the iceberg".

"I think we're going to see a larger surge," she told SBS News. Australian doctor Kimberly McClean says there is concern that community transmission has already started with the virus spreading to Mumbai's slums.
Supplied

Ms McClean says containing the spread of COVID-19 in such an environment where social distancing is harder to maintain will be virtually impossible.

"There are one million people in a five-square kilometre area.

"Any infection in the slum - the contacts can't be traced. Just standing in the queue to go to the toilet, passing people in the crowded alleys. The sewers are open.

"So that was something the government of India was hoping to avoid by this lockdown, and it hasn't happened."

"Given the doubling rates now, we could have 20,000 cases in India by April 20," she said, adding that she has a commercial flight booked for 20 April.

"Mumbai, or at least my suburb, could be under quarantine and I might not be allowed to get out. I think that stresses the urgency of getting Australians out at the moment."

Australia's High Commissioner to India, Barry O'Farrell, said his office has been communicating with about 2,500 Australians in the country about options for evacuation.

He said the Australian government is now "exploring options for a commercial charter flight", but warned there is no guarantee.

"There are many obstacles and the obstacles, including the fact that we have Australians across the whole country, few airlines wanting to travel and the fact that we are a long way away," he told ABC Radio on Thursday. Australian Amarjit Uppal is stranded in a rural Indian village and was due to get treatment for cancer this week. Medication has also been hard to access as pharmacies close their doors.

He and his wife, Manjit, are desperate to return to Australia.

"If there was a chartered flight, we would pay for it - and get our share of the cost and pay for it."

Ms Uppal said the consular office's advice to get a commercial flight was risky because a lockdown would make it impossible to leave. 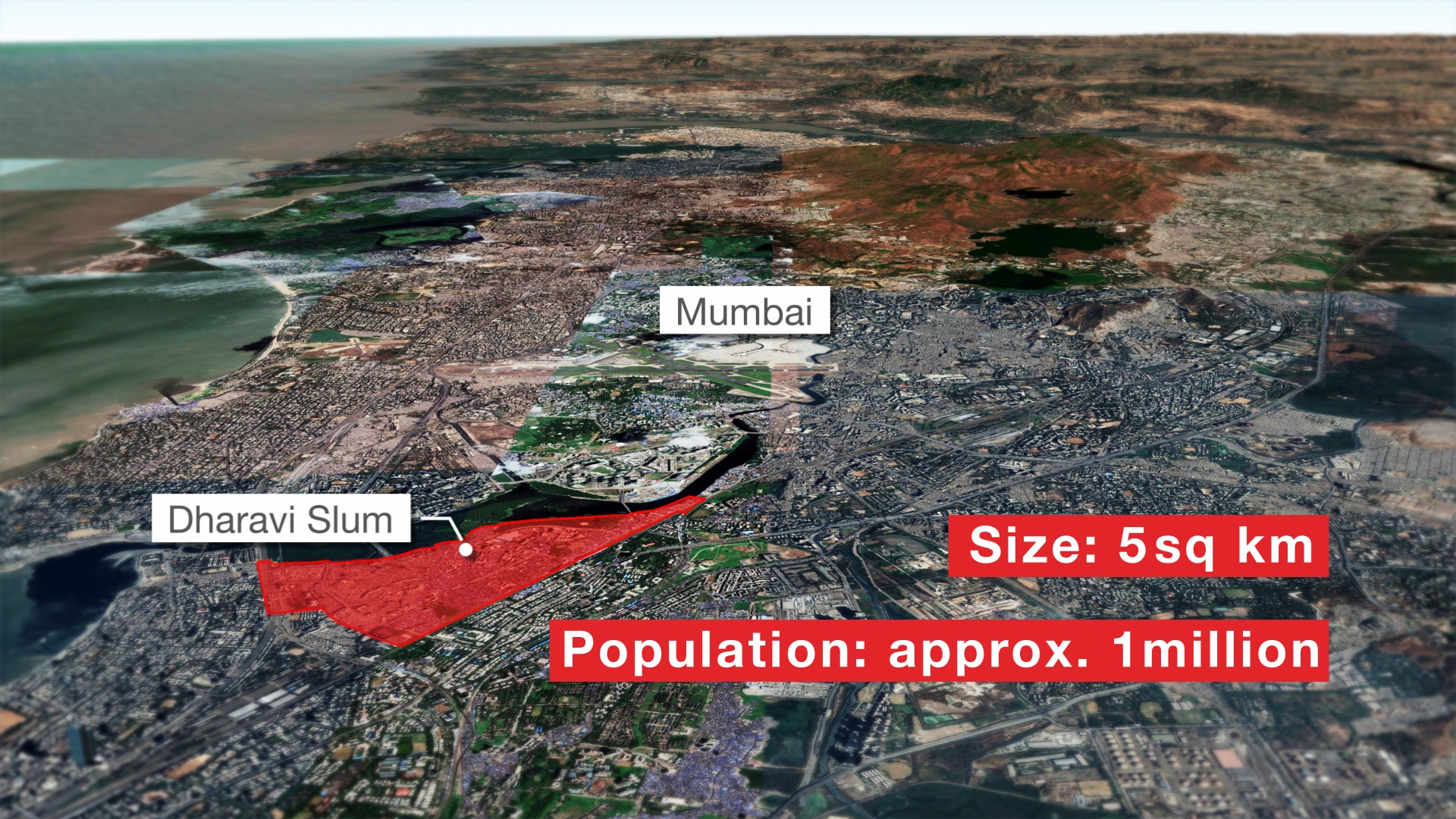 A look at Dharavi slum in Mumbai, India. (SBS)
SBS

The numbers are small compared with the United States, Italy and China, but health officials say India is weeks away from a major surge in cases that could overwhelm its weak public health system.

In the worst-hit Indian state of Maharashtra, 335 cases of COVID-19 have been confirmed and 19 people have died. Mumbai is responsible for half of the cases in the state. One of the country's biggest cluster has emerged in Delhi, where a gathering was held by a Muslim missionary group last month that has spawned dozens of cases across the country.

About 9,000 people linked to the headquarters of the Tablighi Jamaat have been tracked down, including 1,300 foreigners, and transferred to either quarantine centres or hospitals.

India is under a three-week lockdown, which is due to end on 14 April.