Thousands of Australians protest around the country, calling for the release of refugees and asylum seekers who have been detained on Manus Island and Nauru for six years.

Rallies to free Manus Island and Nauru asylum seekers have been held around Australia with protesters calling for the end of offshore detention.

Thousands of people of all ages have flocked to the Victorian state library to call for refugees in detention to be brought to Australia.

Placards of "bring them home" and "different colour, same rights" were held aloft during a song calling for the Morrison Government to allow asylum seekers in the country.

The crowd chanted: "Bring them here". 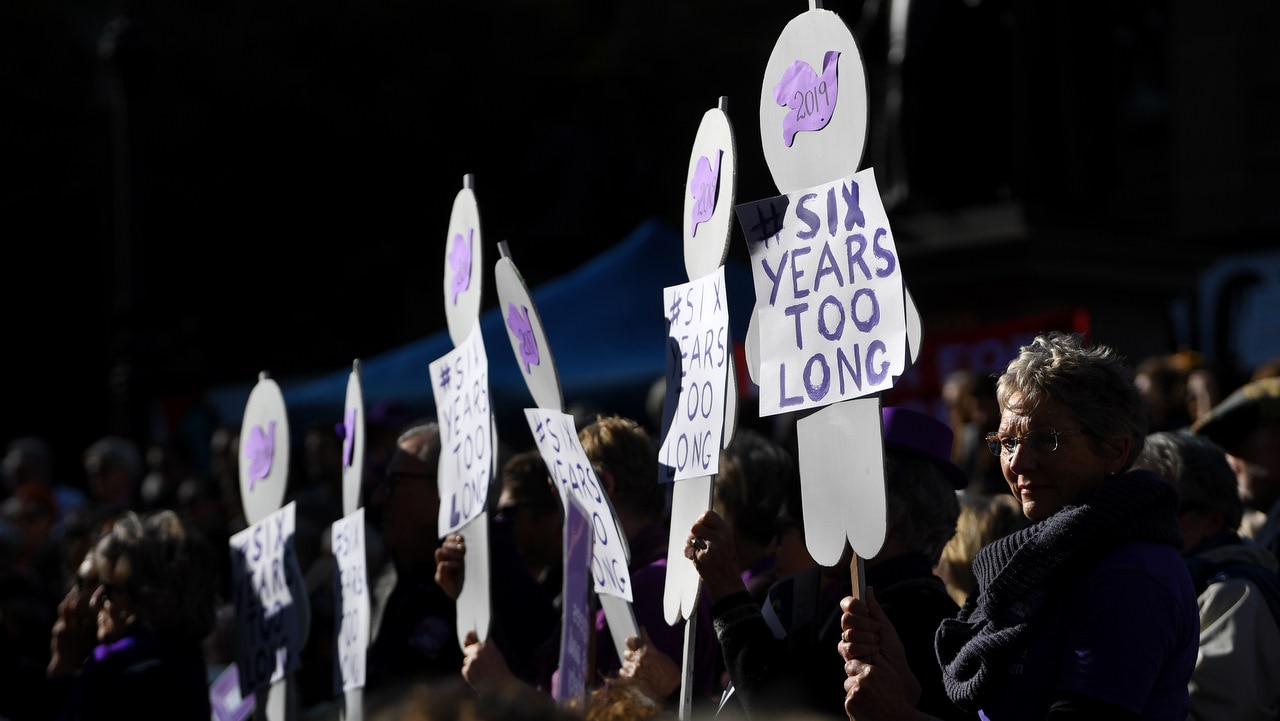 Protesters outside of the State Library of Victoria.
AAP

Hundreds have also joined rallies in Sydney, Melbourne, Brisbane, Adelaide, Hobart and Darwin on Saturday afternoon after protests kicked off in other parts of the country earlier in the day.

Today in cities around Australia tell the world that #SixYearsTooLong pic.twitter.com/uj2V74A1zZ

Comedian Dan Ilic spoke to the crowd at Sydney's Town Hall, saying the potential of asylum seekers was being wasted.

"What struck me by meeting the refugees on Manus Island was just how funny, charming and clever they were, and how throughout this entire debate, throughout this whole process of six years we have stripped them of their humanity," he said.

Refugee Shaminda Kanapathi, who has been on Manus Island since 2013, addressed supporters via video link in Brisbane.

Thousands of people have gathered in Melbourne to tell the Coalition and Labor to close the detention centres on Manus and Nauru.#SixYearsTooLong pic.twitter.com/Fq9uE5jdFr

The 28-year-old says men detained on the island have no control over what happens to them.

"Even the most intimate decisions are made for us," Mr Kanapathi told AAP on Friday ahead of the rally

"Our lives have stopped. And every minute passes, as we have lost six years already." Author Benjamin Law has also thrown his support behind the cause.

"For many decent-minded Australians, it's obvious ... Australia can do better, and policy-makers must work harder towards a humane solution that cuts through the falsehood that the only two choices are permanent imprisonment or deaths at sea," Law said.