For the first time, climate change has topped the list of potential threats to Australia in the Lowy Institute Poll.

Australians rate climate change as the biggest threat to the country's vital interests, according to a new poll.

On Wednesday, the annual Lowy Institute Poll found 64 per cent of adults placed climate change as number one on a list of 12 threats.

In second place was cyber attacks from other countries, third place was international terrorism while fourth place was North Korea's nuclear program. 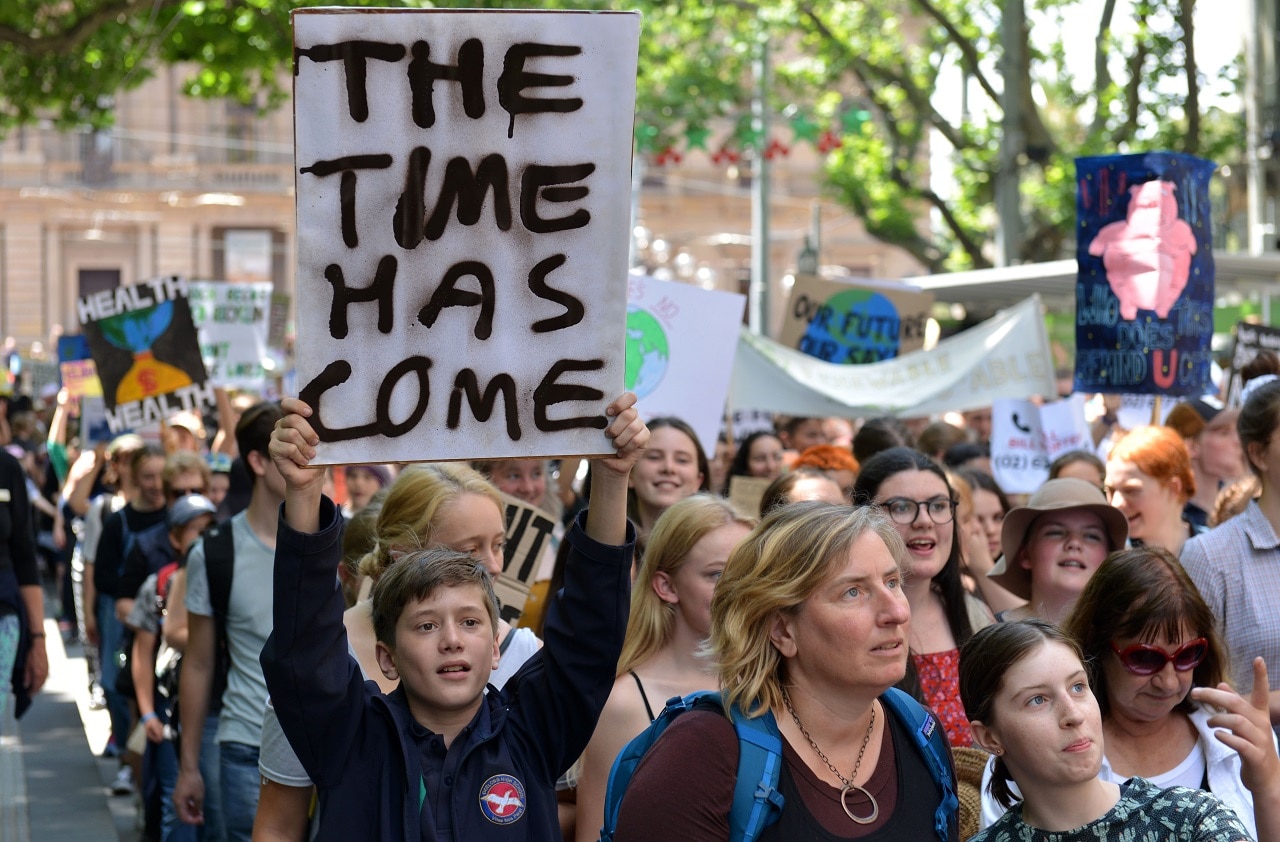 It's the first time climate change has topped the list since the question started to be included in 2006.

The poll also found 61 per cent of Australians believe climate change "is a serious and pressing problem [and] we should begin taking steps now even if this involves significant costs".

Research Fellow at the Lowy Institute Natasha Kassam told SBS News on Wednesday she thought the poll result was "inevitable".

"I'm not surprised. We've seen increasing concern about climate change in our annual poll since 2012. It's been steadily rising ... It's inevitable at this point," she said. Many parts of Australia have been hit by drought.
AAP

But Ms Kassam said there remained a "stark generation gap".

The poll found more than three quarters of younger Australians aged 18-44 (76 per cent) think climate change is a "serious and pressing problem". By contrast, fewer than half (49 per cent) of Australians aged over 45 share this concern.

The poll also asked respondents which political party would do a better job at addressing the threats.

"The Coalition is preferred on almost all foreign policy issues by the Australian public with the one exception being climate change," Ms Kassam said. A majority of Australians (59 per cent) said Labor would do a better job of managing Australia's response to climate change than the Coalition.

The latest Lowy Institute Poll was conducted between 12 and 25 March with a sample size of 2,130 Australian adults. The full report and results will be released in June.

Addressing climate change is shaping up as one of the key points of difference between the Coalition and Labor.

The Coalition government wants to reduce carbon emissions by at least 26 per cent by 2030, although it plans to use credits from exceeding Australia's Kyoto commitments. The marginal electorate climate change will 'devastate', according to experts

Prime Minister Scott Morrison has said as a result of government efforts, the target will be met "in a canter".

Across the aisle, the Labor Party has said it will strengthen Australia's 2030 target to 45 per cent and plans not to use carry-over credits. Scott Morrison says that because of government efforts, emissions target will be met "in a canter".
AAP

Labor is also promising to inject $15 billion into the Clean Energy Finance Corporation to fund renewable energy projects and reducing the cap on pollution for 250 of Australia’s biggest emitters.

But the party has come under pressure over its failure to put a dollar figure on how much its emissions reduction plans would cost.