Only four in 10 Australians aged between 50 and 74 take the free at-home bowel cancer test.

Alan Richard has returned his free bowel cancer test kits every two years since turning 50, a routine he says saved his life when his fifth test returned a nasty surprise. 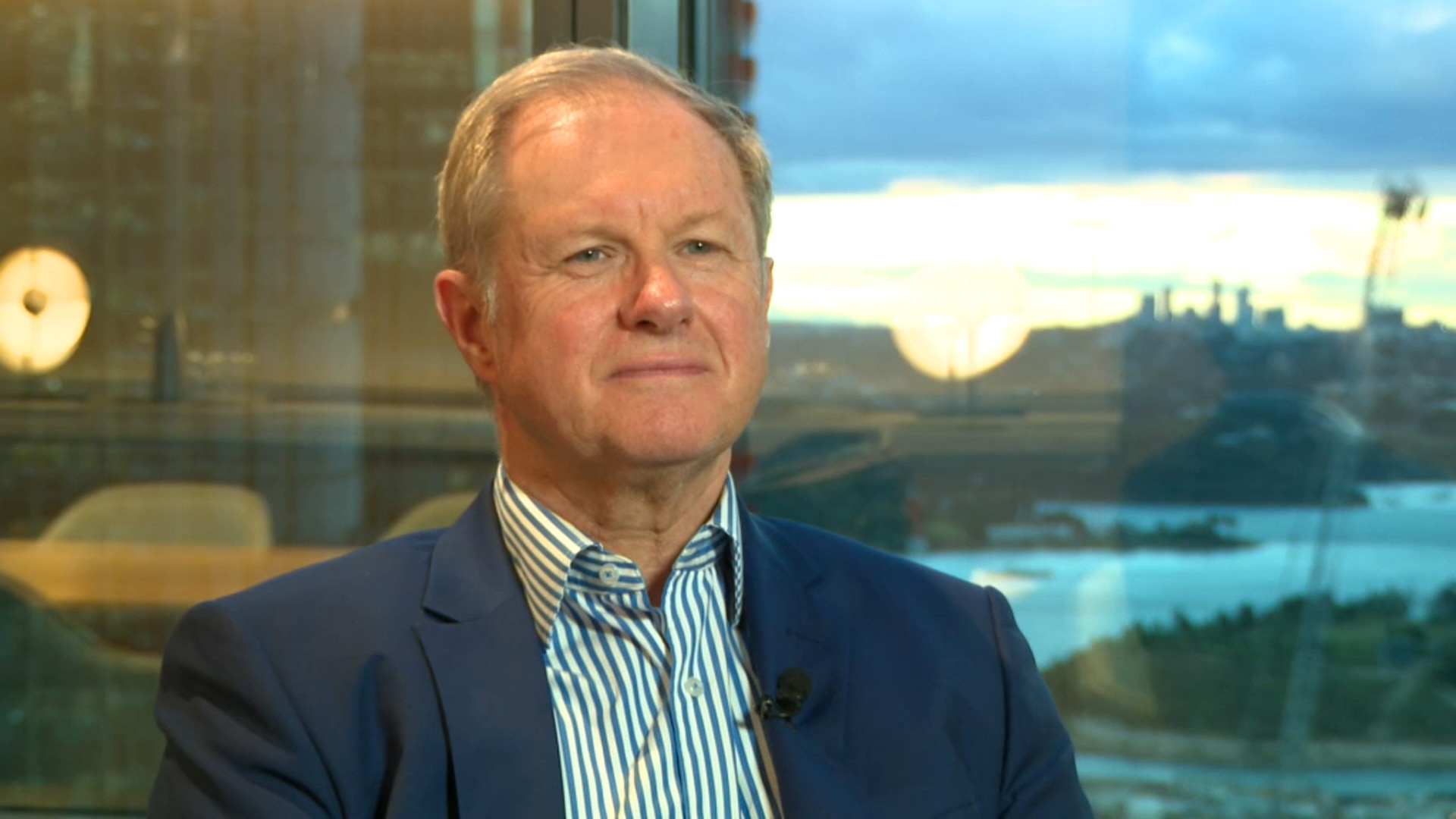 “The test came back with a positive result… I had a tumour in my bowel” he told SBS News.

“I had surgery three weeks later.”

Mr Richard considers himself lucky. The early detection meant he did not have to undergo invasive treatments like chemotherapy, or radiation therapy and was able to return to work just six weeks later.

He says the positive outcome is because of the at-home test.

“I didn’t have any symptoms at all, so if I hadn’t had the test the cancer would have spread,” he said.

New research released by the National Bowel Cancer Screening Program suggests many Australians are not being as diligent as Mr Richard.

More than four million Australians were sent the at-home test in a two year period, but only 41 per cent completed took part. 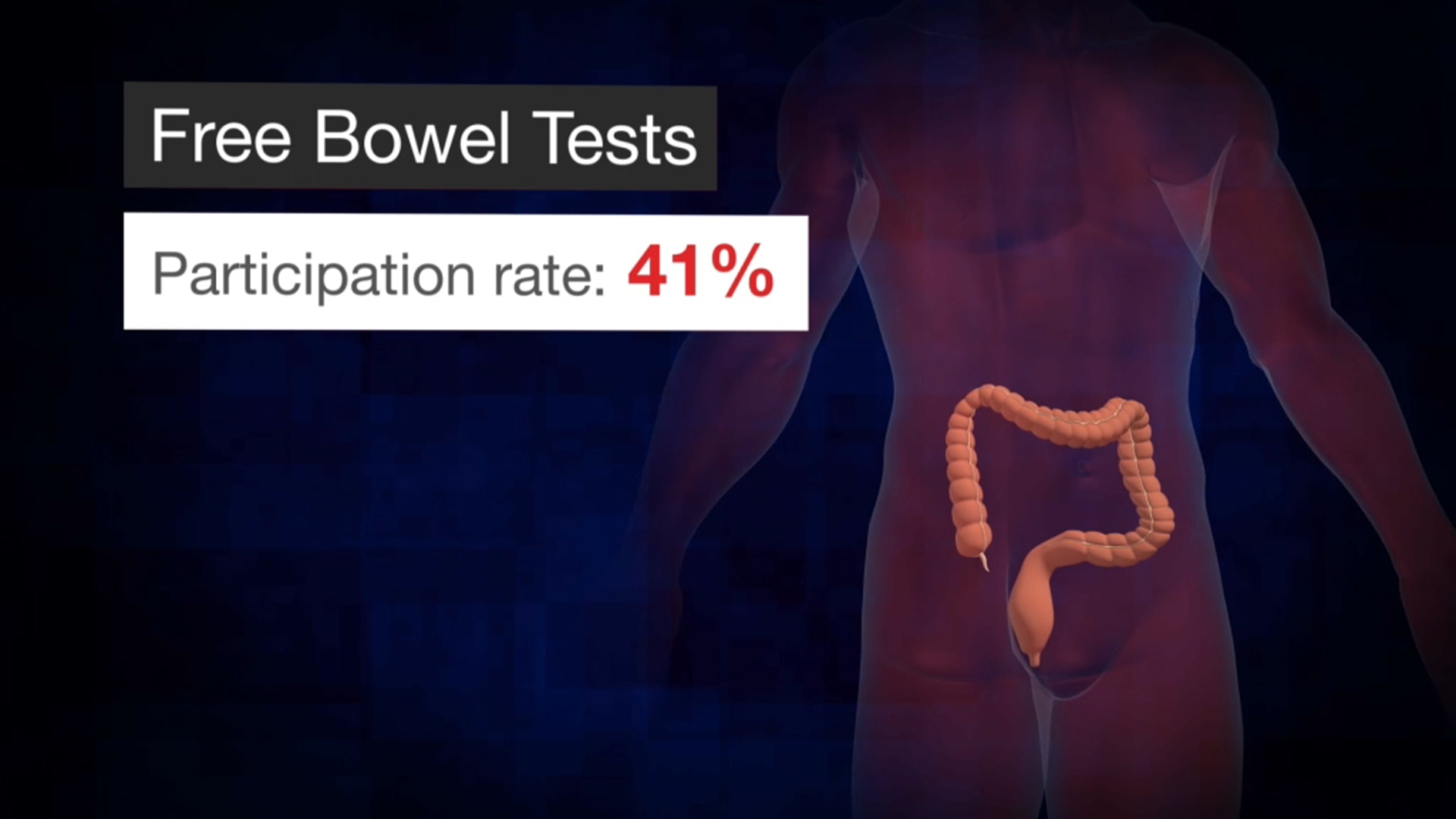 Only four in ten Australians are participating in the free bowel cancer tests.
SBS News

People aged 50 to 54 are proving particularly reluctant, with just 30 per cent of people returning their tests.

The uptake of the test is also noticeably lower among migrants - specifically in Indian and Sri Lankan communities.

Pink Sari Inc, a charity that began in 2014 from the need to raise breast cancer awareness within the community, now has its sights on people’s bowels.

The organisation's president, Shantha Viswanathan told SBS News reiterating the importance of early detection is one of the group's aims. 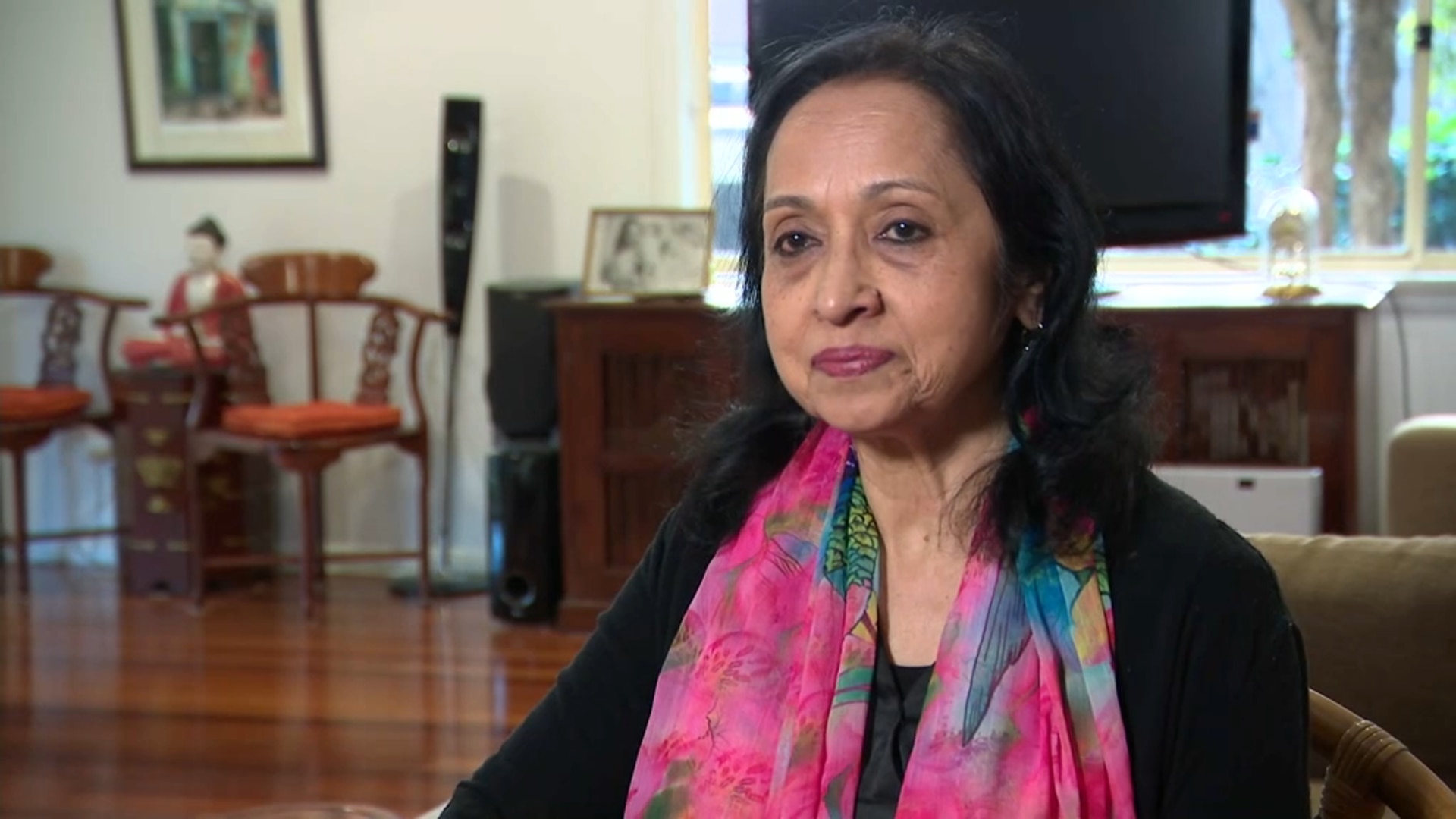 “Preventative measures are not really priority for them and if they don't have any symptoms they don't think they need to take the test,” she said.

It’s also a priority to make sure those from culturally and linguistically diverse backgrounds actually understand how to perform the test.

“We actually demonstrate how to use the bowel screening kit and we've had so many people come to say that they understand now how to use the kit and therefore they will go and do the test,” Ms Viswanathan said.

With bowel cancer considered Australia’s second biggest cancer killer, claiming the lives of around 100 Australians every week, the stakes are high. 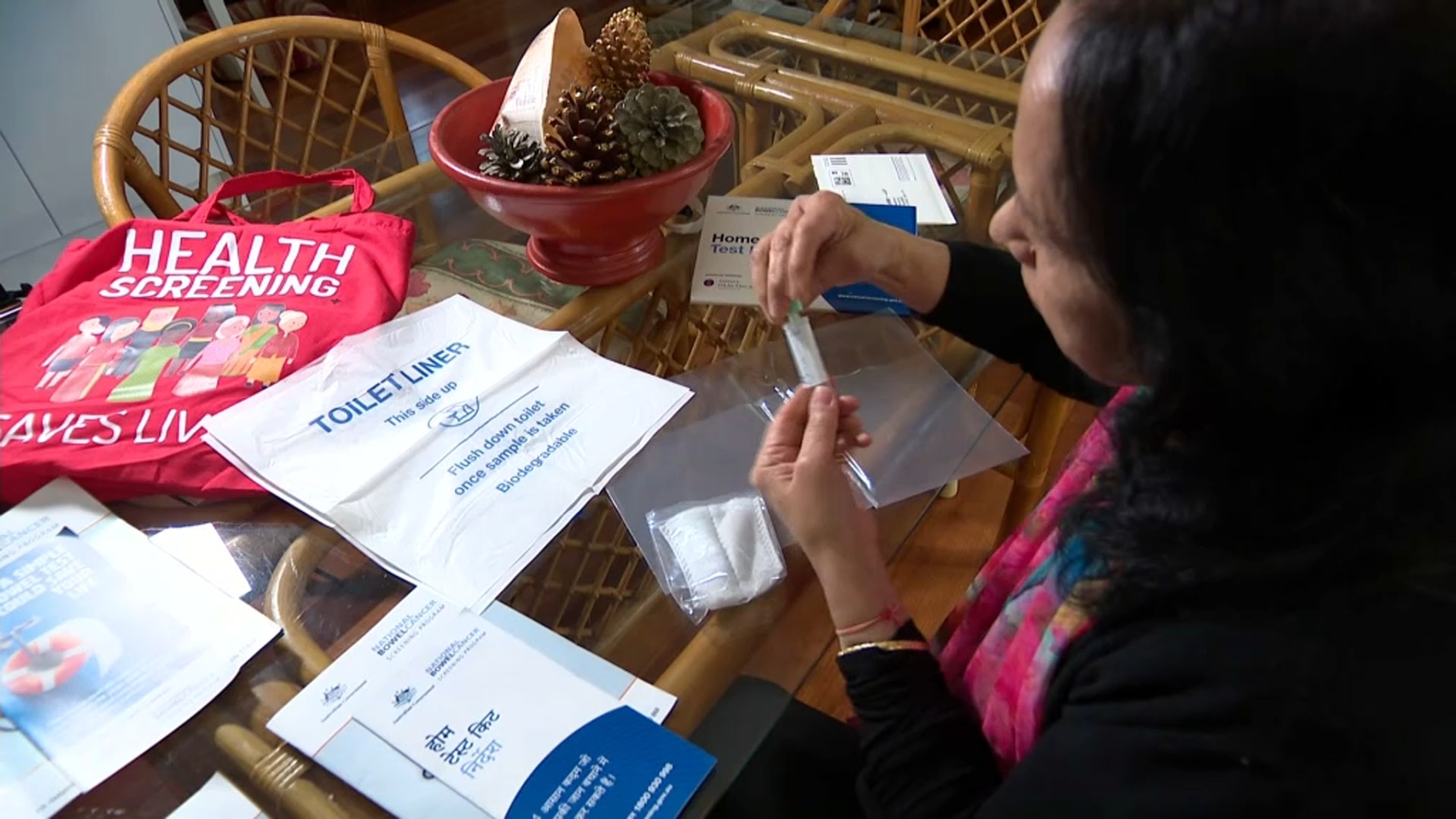 “People do see it as a yuck factor but, in fact, the test is done in the privacy of your own bathroom - it's very quick and simple to do,” she told SBS News.

Ms Aranda insisted it really can save your life.

“The earlier you get diagnosed, the more likely you are to survive, so stage one cancer you've got a 99 per cent five-year survival, whereas if it's stage four where it's spread from the bowel, it's only 13 per cent.”

More than 10 years after free at-home testing began, it's hoped that message will soon be heard - across the board.