The federal government has not denied the revelation in a leaked email from a British government official, and says trade and climate change are separate matters. 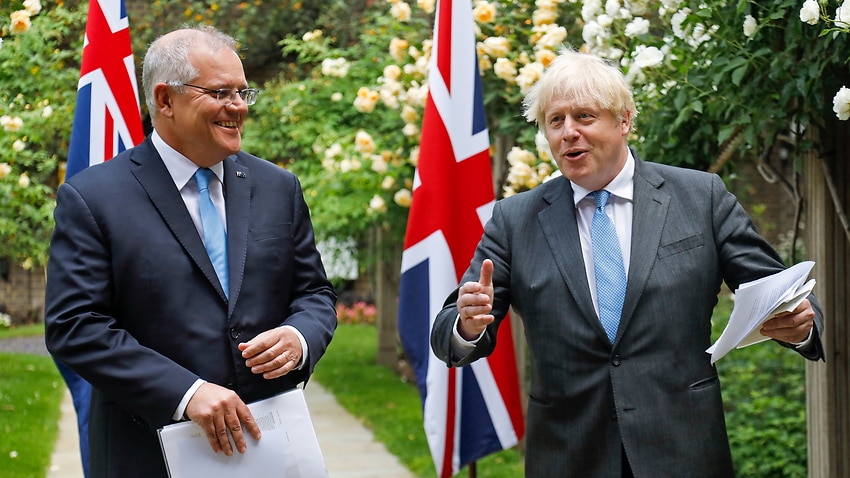 Prime Minister Scott Morrison has not denied Australia attempted to water down climate change references and specific temperature targets from a trade deal with the UK.

In a leaked email from a UK official, seen by Sky News UK, the British government agreed to "drop both of the climate asks", including a reference to Paris Accord temperature goals to get the free trade deal with Australia over the line.

While specific references to temperature commitments were dropped, a mention of the Paris Agreement remained in the deal due to be signed this year.

Mr Morrison did not deny the report when pressed about the leak, instead arguing trade and climate change are separate matters.

"It was about trade. It wasn’t about climate agreement - it was a trade agreement," he told reporters.

"It's a massive missed opportunity for Australia really not to take the lead on this issue and always be the laggard," he told SBS News.

"I'm just frankly massively disappointed that the UK has allowed this to happen in a trade deal."

In a statement to SBS News, the UK government denied its trade deal with Australia abandons that ambition.

"Any suggestion the deal won’t sign up to these vital commitments is completely untrue," a spokesperson said.

"The UK's climate change and environment policies are some of the most ambitious in the world, reflecting our commitment as the first major economy to pass new laws for net zero emissions by 2050."

"The Australia-UK Free Trade Agreement will deliver more jobs and greater access for businesses and workers in both countries, all of which will drive economic growth," he told SBS News in a statement.

"Australia has remained consistent that all our FTAs should focus on international co-operation and meeting existing multilateral environment commitments."

Australia has committed to reaching net zero emissions as soon as possible.

But the federal government has not updated its 2015 Paris pledge of reducing emissions between 26 and 28 per cent on 2005 levels by 2030 ahead of upcoming climate climate talks in Glasgow.

The position continues to prompt international scrutiny, as other countries such as the United States and the UK have ramped up the ambition of their own climate change policies.

"Scott Morrison is using up his diplomatic capital to have it removed from the agreement," he told reporters.

"The Paris commitments are something that Australia has signed up to, but which Australia continues to sit in the naughty corner with the rest of the world."

In August, US deputy climate chief Jonathan Pershing told a climate forum it would be "really helpful" for Australia to be more ambitious about reducing emissions.