When repeatedly asked about Australia's aid cuts at an event in the UK on Monday, Senator Fierravanti-Wells said government polling had shown that increasing the foreign aid budget was opposed by 80 per cent of Australians.

Senator Fierravanti-Wells told the Overseas Development Institute event that the foreign aid budget would be fixed at $4 billion for the next two years and not increased until the economy was on "sustainable footing". 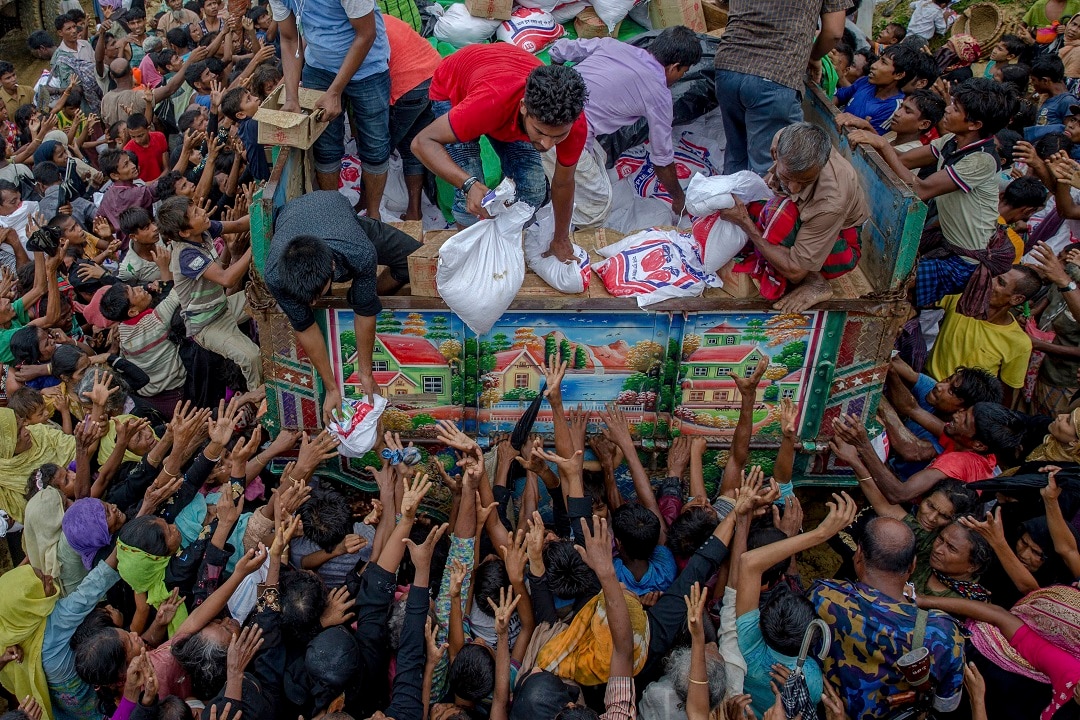 Rohingya Muslims, who crossed over from Myanmar into Bangladesh, reach out for food distributed by aid agencies in 2017.
AP

Australia's current aid commitment is 0.22 per cent of gross national income - understood to be the country's smallest-ever percentage on record.

Senator Fierravanti-Wells said she hoped to challenge perceptions around foreign aid and communicate its direct benefits to the Australian people.

But aid groups have criticised her comments, with Australian Council for International Development CEO Marc Purcell saying they were "unfortunate and inaccurate".

"Last year the biggest share of online charity giving in Australia was to aid and humanitarian charities. Over 1.6 million Australians gave $920 million from their own pockets," he told SBS News. "The government should take a lead from the Australian people. Australians are sticking by longstanding values of a fair-go, equity for those doing it tough and generosity to help others."

Mr Purcell pointed out that "as our allies have increased aid, we have cut it".

"As overall government spending has grown by 10 per cent since 2013, Australia's official aid budget has been cut by 30 per cent.

"We are failing the poorest."

These comments were echoed by the NGO WaterAid - one of the groups that confronted Senator Fierravanti-Wells at the UK event.

"The current freeze on the aid budget already presents a challenge to progress being made towards a world in which everyone has access to the basic rights of water and sanitation," a WaterAid spokesperson told SBS News.

Disgraceful that Minister Fierravanti-Wells is blaming Australians for her Government’s repeated cuts to the aid budget. Shame. https://t.co/8n875v2E2U

Senator Di Natale has been attacking Australia's overall aid spending during recent weeks, after Fairfax media reported that $400 million in further cuts could fall upon the aid budget.

"The last thing we should be doing is cutting aid for the world's poorest people. These are people who are living on a few dollars a day, people who don't have access to health and education," he recently told on Sky News.